Huawei P30 series smartphones to land in Malaysia on April 6 HUAWEI P30 series of smartphones – notable for its advanced camera features – will be arriving in Malaysia on April 6.

“Last year, the Huawei P20 series started a revolution in static photos and managed to retain the number one spot on the DxOMark leaderboard for a year. Today, the Huawei P30 series will play a vital role in changing consumer’s expectations towards smartphone photography,” says Matthew Ng, deputy country manager, Consumer Business Group, Huawei Malaysia, during the Malaysian launch on April 2.

The devices are certainly built to shatter smartphone camera expectations. The P30 Pro variant is equipped with a Leica Quad Camera System, comprised of a 40MP main camera with the Huawei SuperSpectrum Sensor, a 20MP ultra-wide angle camera, an 8MP telephoto camera and the Huawei ToF (Time of Flight) Camera.

The telephoto camera in particular supports high-fidelity magnification of 5X optical zoom, 10X optical zoom and up to 50X zoom. How it fits into the slim chassis is thanks to a periscope design, which uses a prism element in the telephoto camera that bends light at a 90-degree angle, which maximises focal length while minimising height.

The SuperSpectrum refers to the sensor’s redesign from RGB to RYYB, which allows it to absorb more green and red light before it’s changed back into RGB data. This translates to better low-light performance. The Huawei P30 series is comprised of two variants – the P30 and the P30 Pro. They have several similarities – both are powered by a Kirin 980 octa-core processor and have 8GB of RAM, for instance – but differ significantly in most areas.

Additionally, the P30 Pro sports the Huawei Wireless Quick Charge, while the regular P30 will have to make do with a Wireless Charging Back Cover.

The differences are most apparent in the camera department. The P30 Pro features the aforementioned Leica Quad Camera System, while the P30 has a Leica Triple Camera setup, missing out on the ToF Camera.

Those who followed the P30 series’ Paris launch will note that there is a Huawei P30 with a 6GB+128GB setup as well as a P30 Pro with 8GB+128GB. According to Luke Au, GTM director, Consumer Business Group, Huawei Malaysia, those versions will not be available in Malaysia, but he doesn’t rule out possibilities of them arriving at a later date.

The smartphones come in Breathing Crystal, Aurora and Black designs. 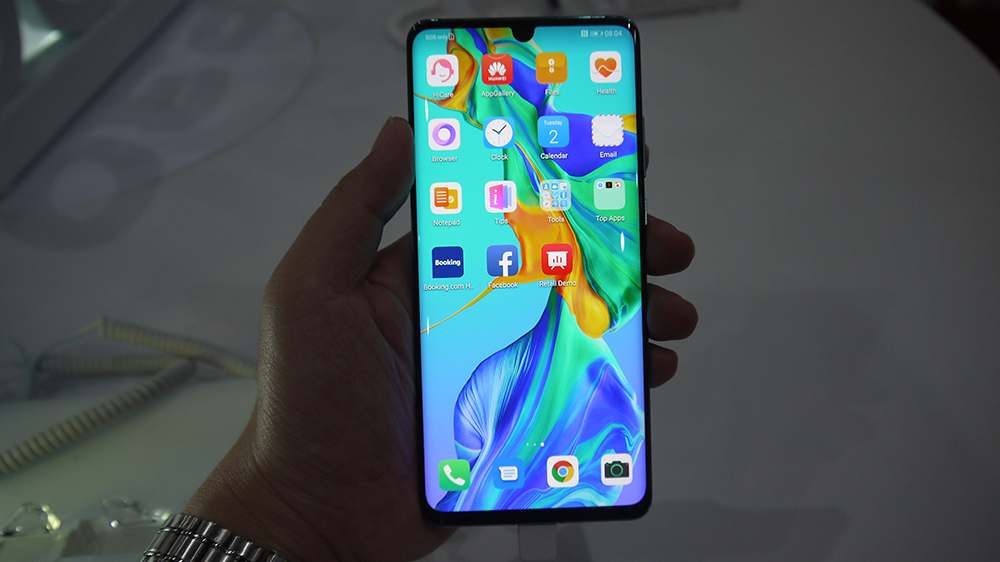 The Mates that tagged along

Huawei’s launch event also saw the launching of the Huawei MateBook 13 laptop, which will also be available on April 6.

Featuring a 3:2 FullView Display (boasting screen-to-body ratio of nearly 90% and 2K resolution), the 13-inch notebook is equipped with the Huawei Share 3.0 with OneHop technology, which allows the transfer of content between Windows and Android devices with a single tap.

April 6 will also see the availability of the revamped Huawei Watch GT line, now available in two editions. The 46mm Edition is fitted with a 1.39-inch AMOLED HD colour touchscreen with a resolution of 454 x 454 resolution and prices at US$220 (RM899).