Foldable device, 5G join the chorus of hype at MWC NEWS ANALYSIS: THE world’s largest mobile and telecommunication trade show got underway this week and even before the first day was done, huge stalwarts have begun trumpeting their wares and staking their claims to be the leading innovators in the highly competitive industry.

On Feb 24, embattled Chinese vendor Huawei Technologies Co Ltd showcased its foldable smartphone, the Huawei Mate X, at the Mobile World Congress (MWC 2019) amidst growing pressure by western governments to scrutinise its equipment for backdoors and security compromises, a move in defiance of the pressure it is facing.

The Mate X comes off the back of South Korean rival Samsung Electronics Co Ltd’s launch of its foldable smartphone, the Samsung Galaxy Fold, last week at an event in San Francisco, ahead of this week’s ongoing MWC 2019 in Barcelona, Spain.

The 6.6-inch screen (when folded) is powered by Huawei’s latest chipset, the Kirin 980 processor and Balong 5000 chipset, which supports 5G. The Mate X differs from Galaxy Fold in that the former has a front and back screen, and when folded backwards, opens up completely into an 8-inch screen.

The Galaxy Fold on the other hand opens up to a full screen from within, much like you would a book, as the the old Nokia communicator did in the past. CNBC noted that Huawei's design makes the device slimmer than Samsung's when it's folded.

The Mate X launch was done with a lot of pomp and fanfare and predictably so. Huawei offered a glimpse of it at its booth at MWC – something its Korean rival wasn’t able to do – but many felt underwhelmed as touching the real thing wasn’t on the cards as it was frustratingly behind perspex glass, reported the BBC.

Some lucky journalists however did get a fleeting chance to feel and touch it, such as CNet’s Roger Cheng and consumer tech blog Tech Radar.

But beyond the photo op and headlines, the launch of the Mate X wasn’t just about marketing blitz, according to some industry analysts and watchers.

Forrester Research’s principal analyst Thomas Husson noted in a series of tweets after the Mate X launch that the launch clearly shows that “Huawei is a technology innovation leader.

“That said, no matter how innovative and technology-advanced the Huawei Mate X is, it will take a lot more time for a critical mass of consumers to experience the benefits of foldable phones and 5G technology,” he tweeted.

Similarly, Open Signal’s Ian Fogg noted in a tweet that the Mate X may be “striking,” but warned that “a foldable design places new tough demands on all aspects of the hardware, not just the display, [and] still has to deliver a great network experience and battery life.”

This certainly isn’t the price point that most can afford and the launch is more for Huawei to establish bragging rights and throw the gauntlet down than anything else.

As Forrester’s Husson added, “For Huawei to get close to Samsung’s volumes this year, the company has to succeed with the launch of its new P30 smartphone flagship device end March, and make sure it will create a brand halo effect on its entire phone portfolio.

“More importantly, Huawei has to find its own brand voice to differentiate from Samsung and Apple and stop acting as a technology challenger, but instead activate new daily experiences for its consumers,” he tweeted.

Meanwhile, beyond the fanfare of foldable phones, other noteworthy announcements were as follows:

5G hype to the fore

The other big theme to come out of this year’s MWC is the introduction of a number of 5G devices, a bid by many vendors to shore up their innovation capabilities and create hype and buzz around what they can do.

Outside of Huawei’s Mate X’s limelight, is the introduction of its 5G customer premise equipment (CPE), dubbed the 5G CPE Pro. The Huawei device claims to provide high speed broadband of up to 3.2Gbps speeds aimed at supporting ultra-high definition video and multimedia applications.

From a network perspective, the world is watching with bated breath as US operator Verizon Wireless is set to launch commercial 5G in the country in 30 cities by mid-2019. The company claims to be the first US operator to offer customers Samsung’s upcoming Galaxy S10 5G phone, as well as a mobile 5G WiFi hotspot from Inseego that can catch 5G signals, reports news portal Fortune.

But as the buzz ramps up over 5G, Forrester Research’s Husson acknowledged that “there is also no denying that 5G is the infrastructure of the connected world.”

However, he warned that 5G is going to take time to reach critical mass and that operators and consumers should not get ahead of themselves in expecting the technology to roll out that quickly.

“The reality is that it will take another five to seven years before it reaches critical mass among consumers in most countries,” he said.

“Telcos and network equipment providers should learn lessons from 3G and 4G rollouts and not overpromise the technology.

“While we will hear a lot about the first 5G smartphones, the challenge is also to simultaneously roll out the infrastructure, and it will take time, especially in Europe, where spectrum allocation remains a mess at country level. Indeed that is true. Using 5G isn’t just about upgrading today’s existing 4G technology, but will require a whole new band of spectrum assignment to be allocated to operators in the region.

Even Singapore, an acknowledged Southeast Asian leader in technology adoption, has yet to do so, only specifying that operators may use 5G spectrum for trial purposes, although that hasn’t stopped Singapore’s M1 Ltd and Huawei from demonstrating an augmented/mixed reality application in June 2018.

Like Singapore, Malaysia hasn’t even begun to talk about the allocating of 5G spectrum to operators as yet, preferring to form a task force aimed at keeping the communication minister “abreast with the latest development and to prepare a comprehensive report on the 5G key challenges and [a] 5G nationwide implementation plan by Q3 2019.”

Analyst firm GlobalData noted that the so-called race to 5G has moved beyond the telecoms industry and become a priority for governments around the world – but it remains unclear whether the end result will ultimately be worth the effort.

The company claimed the uptake [of 5G] will be minimal – just 0.09% of all mobile data traffic will be carried over 5G by the end of 2019, according its Global Mobile Broadband Forecast.

“Plenty of people, both inside and outside the telecoms industry, are continuing to beat the drum for 5G, but the dissenting voices are growing in volume,” said Ed Thomas, senior analyst for Technology Thematic Research at GlobalData.

“With 5G services expected to become widely available in some countries next year, the lack of a killer use case could yet have serious implications for demand,” Thomas warns. “The question of what 5G is actually for needs to be answered, and soon, if 5G is to have any chance of living up to the hype.” 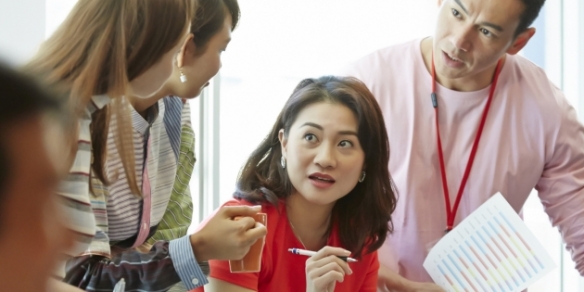