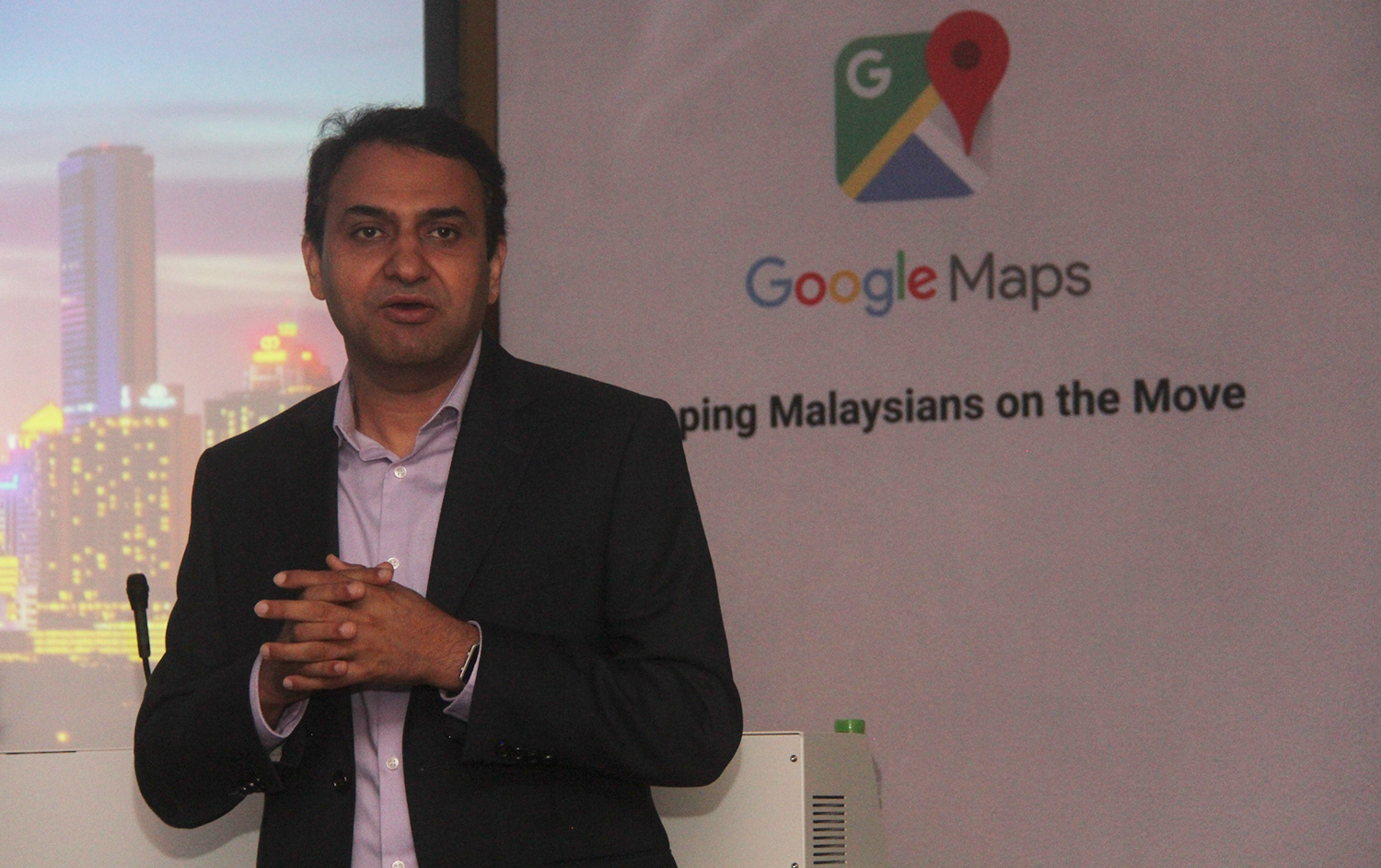 GOOGLE Inc has launched a new feature called “motorcycle mode” on its ubiquitous Maps app, which the company claims will specifically help motorcyclists better plan their trips before setting off and help them navigate more smartly around Malaysia’s traffic jams.

Speaking to the media at the unveiling of this new feature on June 28, director of Google Maps Suren Ruhela (pic) said the motorcycle mode is a very localised feature and addresses a very specific need for Malaysian motorcyclists.

“Prior to this, motorcyclists would have to depend on navigation routes designed for cars and other four-wheelers on the road,” he argued. “Now motorcyclists can choose routes that are optimised for them as two-wheelers, and can plan ahead and even save time getting to their destination.”

Suren claimed that previously, motorcyclists would have to do a mental calculation to estimate their arrival times based on a combination of walking and driving routes, and then make an educated guess as to what time they were likely to arrive at their destinations.

The Mountain View, California-based executive in charge of Google Maps argued that with the motorcycle mode, this was no longer true as the feature is tailor-made to suite routes best plied by two-wheelers.

For example, Suren said motorcycles can move at different speeds compared with cars, do lane splitting (riding in between two lanes and in between cars), which likely means that they could arrive at their respective destinations faster than their four-wheeler counterparts.

“What’s more is that there are certain restricted roads which motorcyclists can’t ride on in Malaysia, and motorcycle mode will bar these specific lanes on Maps,” he explained. “Maps will instead show them other roads applicable to motorcyclists.”

To help motorcyclists plan their routes ahead, Suren said motorcycle mode will also display very prominent landmarks of interest on the Maps, thereby enabling its users to recognise these places before they start off and guide them whilst they’re riding on the roads.

At any time, motorcyclists can stop at the side of the road and consult the Maps app, if they aren’t sure where they are. This however means that on motorcycle mode, there can’t be real-time navigation for motorcyclists.

Quizzed as to whether Google’s Maps app will be disabled should motorcyclists on motorcycle mode try to ride and view the map simultaneously for safety purposes, Suren said this would not be the case.

“We rely on the good judgment of our users not to flout the law but instead use the feature responsibly. “The landmarks on the maps can help a rider point out where they are,” he said, adding that if they can’t remember the route, they can always stop and consult Maps again.

This is why the app isn’t disabled while the rider is on the move so that he or she can easily consult the map if they needed to, Suren argued.

According to Google APAC programme manager for Street View Nhazlisham Hamdan, motorcycle mode is a real boon for motorcyclists.

“As a motorcyclist myself, I have always used the navigation for cars as there wasn’t anything specific for motorcycles,” he shared. “I didn’t realise it before but now using motorcycle mode, I realise that shaving off even three minutes from my trip is quite significant,” he claimed.

Asked what other benefits there are besides quicker commutes, Nhazlisham said that motorcycle mode also teaches him new routes he has never used before.

“And it’s great to tell me where the jams are if there are vehicle breakdowns,” he argued.

Asked which other countries in Southeast Asia have rolled out motorcycle mode, Suren said Indonesia was the first to do so earlier this year, while Malaysia is second.

“It takes time to roll out as we need input from local users as to what they want to see in the feature.

“In Indonesia, the big thing for commuters was to inform its users where its narrow roads are and we needed time to work on this. In Malaysia, the roads are better but the need is to identify where the restricted roads are,” he explained, adding that it took up to a year before this feature was launched.

Motorcycle mode is immediately available from June 28 and users would need to be on Google Maps version 9.80 or upwards to use this feature.

In conjunction with the aforementioned launch, Google Malaysia also launched a redesigned ‘Explore’ section on Google Maps for Android users. The new tab claims to be able to help users find the best spots to eat, drink, and play based on the things you’re into.

Many of these features have started to roll out on Android devices worldwide on June 12.