MORE than 250 gamers converged at KDU University College Glenmarie Utropolis on the first day of the two-day grand finals Of Hotshotz on July 22. Besides gamers, there were cosplayers, PC modders, fans and supporters, all of whom contributed to a lively and dynamic atmosphere.

The event opened with a special treat for the audience – a live VR art creation, where a VR artist recreated the Hotshotz 2017 logo in 3D. The logo artwork was signed by some of the event sponsors’ representatives.

The first day of the competition was for the play-offs, where amateur teams and individual competitors fought it out to reach the finals to be held on July 23. Seven games are played at Hotshotz, comprising three PC games and four PS4 games: DOTA2, Overwatch, Counter Strike: Global Offensive, Street Fighter 5, Tekken 7, PES 2017 and Call of Duty: Infinite Warfare.

The cosplay component of Hotshotz got off to an exciting start, with cosplayers dressed as their favourite characters working the crowd and posing for photographs. Celebrity cosplayers including Yugana Senshi Uon (as Harley Quin from Arkham Knight), Punipun (as D.Va from Overwatch), Lychiii (as Genji from Overwatch) and Onnies (as 2B from NieR) arrived dressed to the hilt. Meanwhile, the PC Modding competition went on quietly, with the modders working industriously to turbo charge their machines.

Other interests at the event were the game publishers showcase, where visitors were able to enjoy free-to-play games set up by Sony Interactive Entertainment Hong Kong Limited Singapore Branch (SIES) and Codemasters Malaysia. Indie games publishers had a good showing at Hotshotz as well. The gamers and visitors were also treated to a few Overwatch and Tekken 7 exhibition matches, which entertained the crowd immensely. A surprise guest at the matches was Malaysian pro-wrestling champion Double K, who fought it out with one of the gamers. 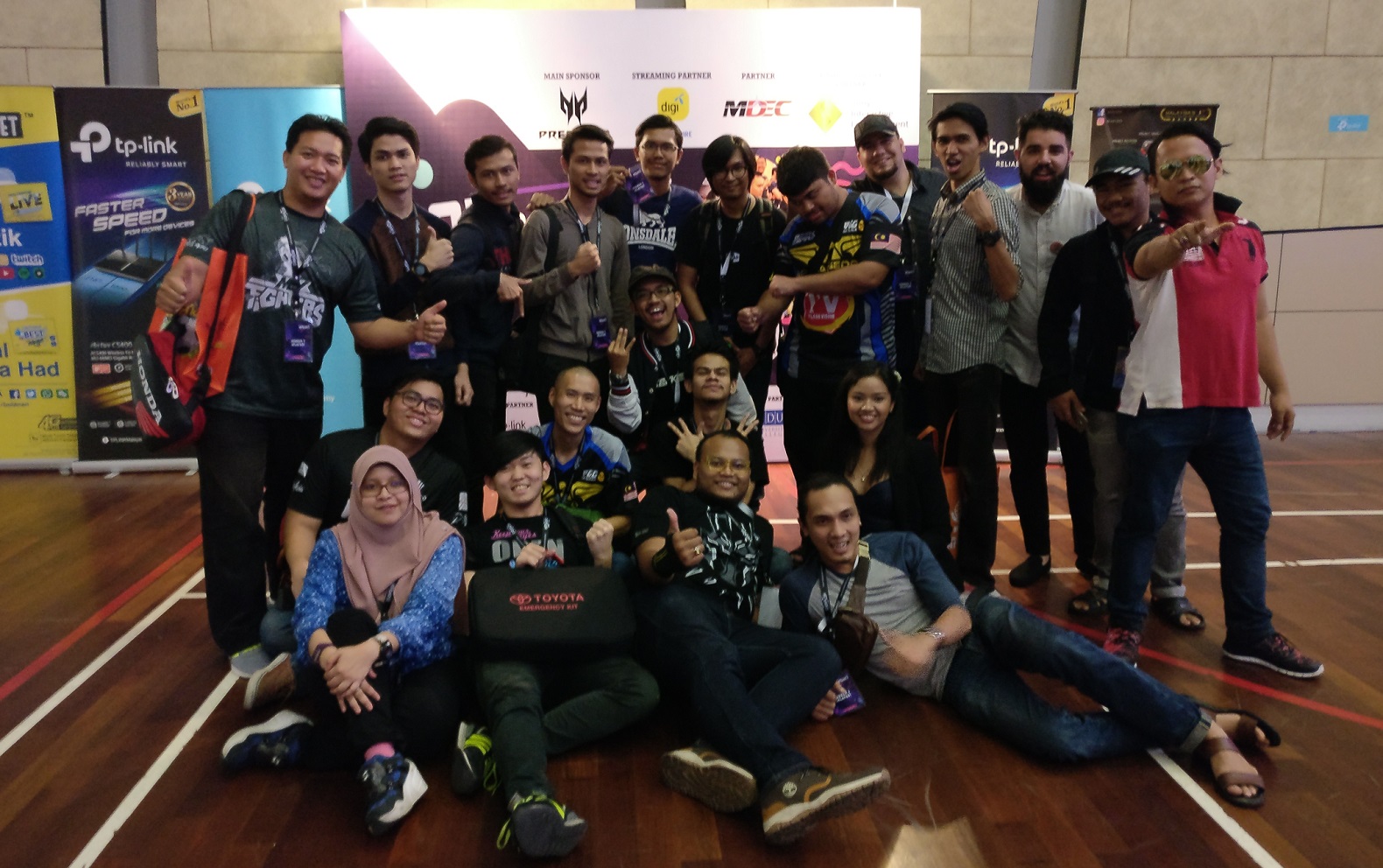 One of the highlights of the day was the Lucky Draw, where lucky winners walked away with gaming mice and keyboards, and the grand prize of the day was a Warlord Project Horseman X gaming chair.

KDU University College is the venue host, VR Lab is the VR partner, TP-Link is the networking partner, Armageddon is the peripherals partner, Warlord is the gaming chair partner and Lazada Malaysia is the e-commerce partner. The media partner is Astro’s eGames channel eGG Network and Indonesian media site vivo.co.id.