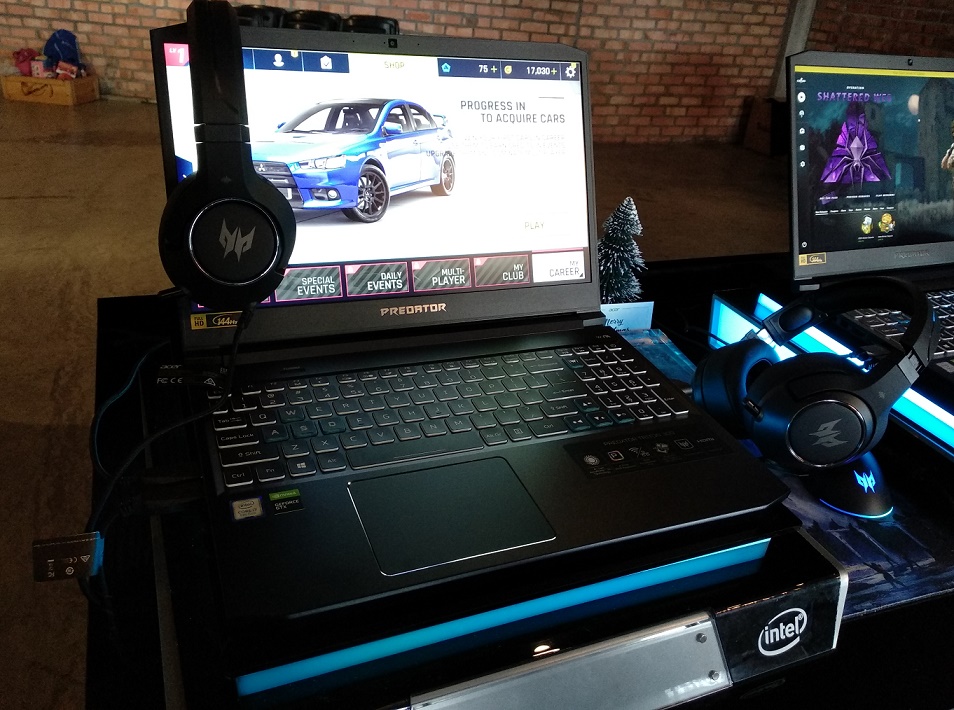 By “youngest”, Triton 300 is designed to be the slimmer and more affordable option within the line, serving as a sort-of entry point for people looking to get into gaming laptops.

The Triton 300 is indeed on the light side, weighing 2kg while sporting a 15.6-inch display (which is a FHD IPS screen supporting 144hz refresh rate). The chassis is 20mm thin, made with aluminium and bearing the family’s signature blue lights and accents.

Beneath the hood is Acer’s proprietary 4th Gen Aeroblade 3D Fans thermal system, which is meant to maximise airflow while minimising noise. The highest specs one can get for the Triton 300 will include a 9th Gen Intel Core i7 processor alongside with an NVIDIA GeForce GTX1650 graphics card with 4GB of dedicated GDDR5 VRAM.

As for storage, the Triton 300 comes with 512GB of PCIe NVMe SSD and up to 8GB of DDR4 RAM. Adding to that is the inclusion of Killer WiFi 6 AX 1650 and Killer Ethernet E2500, stuff which help maintain stable connections while playing online multiplayer games.

Rounding it all up is a 4-zone RGB customisable keyboard, with concave-shaped keycaps for the WASD, Turbo and arrow keys. The lighting effects on the keyboard can be customised. The specs sheet says that it can achieve up to eight hours battery life, which is impressive for a gaming machine.

I had a short time with the device playing some Counter-Strike: Global Offensive. It’s not exactly a graphically-intensive game, but performance is smooth and the keyboard feels right. I personally can’t wait to see how it handles Red Dead Redemption 2. 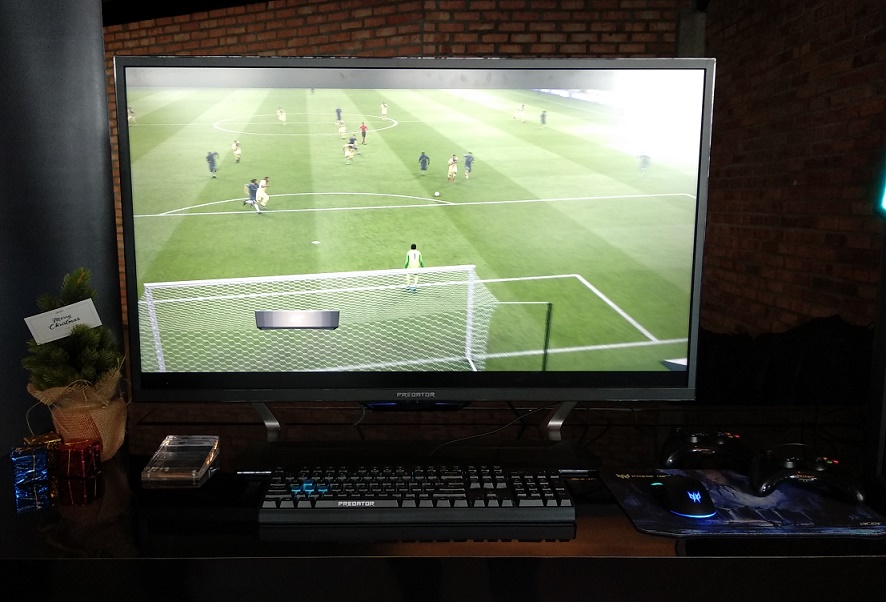 Acer also introduced the NVIDIA G-SYNC compatible Predator CG437K P monitor. This large, 43-inch monitor comes with 90% DCI-P3 wide colour gamut on top of its 3840 x 2160 UHD VA panel, but more importantly, it has rapid refresh rate that can be “overclocked” to 144hz, making it great for gaming without ghosting or smearing effects.

Its RGB Light Sense and LED Strip Support features let gamers control the lighting with the RGB Light Sense app. The Predator CG437K P also has VESA Certified DisplayHDR 1000 with up to 1000 nits of brightness.

To celebrate the season, Acer Malaysia also announced that it will be offering a RM300 discount on its Acer Swift 3 laptops. The Acer Swift 3 Intel UHD Graphics 620 and the NVDIA GeForce MX250 variants priced at RM2,699 and RM2,999 will now be available at RM2,399 and RM2,699 respectively.

There’s also going to be a slight upgrade. For the Acer Swift 3s that previously came with 256GB of SSD storage will now sport a 512GB SSD instead, and pre-installed with Microsoft Office Home & Student 2019 worth RM529.