THIS has been an eventful week for Android fans, as far as product launches go.

Both OnePlus and Motorola took turns to unveil their latest premium smartphones, creating a cacophony of online chatter about which company delivered a better flagship smartphone going into the second half of 2015.

OnePlus, a Shenzhen-based upstart that’s barely three years old, struck gold last year when it launched what it called a ‘flagship killer,’ the OnePlus One.

Boasting all the latest technical specifications, built and designed to exude a premium quality, the OnePlus entered the market at a mouth-watering US$299, vastly undercutting flagship models from established players like Samsung, Sony and LG.

To cope with the expected demand, OnePlus introduced a controversial but arguably successful ‘invite’ system, where buyers could only order the smartphone online if they got hold of an invitation.  As such, obtaining these ‘invites’ to purchase the device became a hot topic by itself.

So all eyes were on OnePlus this week as it launched the follow-up product, aptly named the OnePlus 2. During the launch event in San Francisco, the company said it had shifted 1.5 million units of the OnePlus One globally, with more than half of that number sold outside of China.

It’s expecting the OnePlus 2 to perform even better, and by the online reaction, it seems to have received a lot of interest.

The OnePlus 2 continues the trend of selling powerful hardware at relatively low prices.

This 5.5-inch smartphone is powered by a Snapdragon 810 processor, currently the highest-end offering from chipmaker Qualcomm. It comes with a Full HD (high definition) display and a 13-megapixel camera with a ‘laser focusing’ system for fast autofocus as well as Optical Image Stabilisation. On the front is a 5-megapixel camera.

The lower-end model will come with 3GB of memory and 16GB of storage while the higher-end variant will sport 4GB of RAM and 64GB of storage. It doesn’t support microSD card storage expansion.

But it does have a USB-C port instead of micro USB port, and a front-facing single-touch fingerprint sensor. It also comes with a three-position mute switch that allows for priority notifications.

In terms of design, OnePlus also showcased a number of different back-covers for the new device, including Bamboo, Rosewood, Black Apricot, Sandstone and Kevlar. 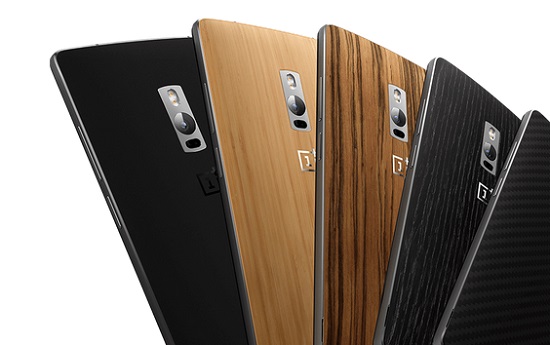 While these specifications don’t necessarily outperform the hero devices from the likes of Samsung or LG, the pricing definitely does.

The 16GB model will retail for US$329 while the 64GB unit will sell for US$379 – without a contract.  That’s almost half the price of what the South Korean giants are asking for their flagships.

And while OnePlus no longer has a partnership with Android software developer Cyanogen (which provided the customised Android software for the original OnePlus One), its own Oxygen software does help improve the stock Android in a number of ways, including support for gestures.

The only question is, how easy would it be to purchase one this time round? You would still need to go through the ‘invite’ system, but OnePlus has promised that supplies this time round have been significantly boosted, so getting an invitation won’t be as difficult as before.

Still, many commentators on smartphone forums have pointed out that the OnePlus 2 lacks a number of features expected from a flagship smartphone – namely a 2K display (2560 x 1440 resolution), wireless charging, fast charging and NFC (near-field communications).

Clearly OnePlus engineers didn’t believe the marginal difference in clarity from a 2K display could justify the significant hit on battery performance, or that NFC is a technology that is widespread enough for its inclusion in the device.

So here’s where Motorola managed to go one step further during its launch event just a day after the OnePlus announcement.

The Lenovo-owned US smartphone maker launched three Android smartphones, in order of performance and pricing: The Moto X Style, the Moto X Play and the third generation of the popular Moto G. The 2015 version of Moto G improves upon its predecessor in almost every way, coming with 4G (Fourth Generation) network capability, a zippy Snapdragon 410 chipset, 13-megapixel rear camera (compared with the 8-megapixel in the previous version), and can withstand being dunked in three feet of water for up to 30 minutes.

Buyers can now also personalise the look of the new Moto G through the Moto Maker website, a feature that was exclusive to the high-end Moto X previously. 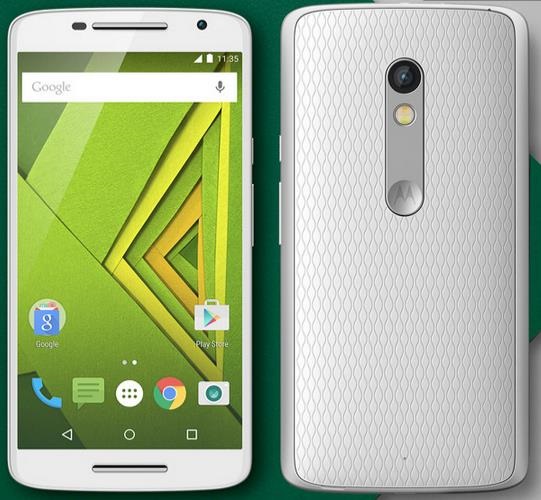 Powered by Qualcomm’s Snapdragon 615 chipset, the device will come with 2GB of memory and have both 16GB and 32GB storage options with support for microSD cards.

The previous Moto X devices didn’t get high marks for their imaging features, so the company decided to up its game in this area with a 21-megapixel rear camera and a 5-megapixel front camera.

Motorola was also keen to highlight the thin bezels along the sides, as well as the water repellent feature of the device.

And while it didn’t announce a price for this device, the company indicated that the Moto X Play would be US$300-US$400 less than its competitors’ best offering.

That leaves the final announcement, which is the launch of the Moto X Style – and the true competitor to the OnePlus 2.

Sporting the same 21-megapixel rear camera with f2.0 aperture and a 5-megapixel front camera combination, the Moto X Style is a 5.7-inch device with a QuadHD or 2K resolution display. 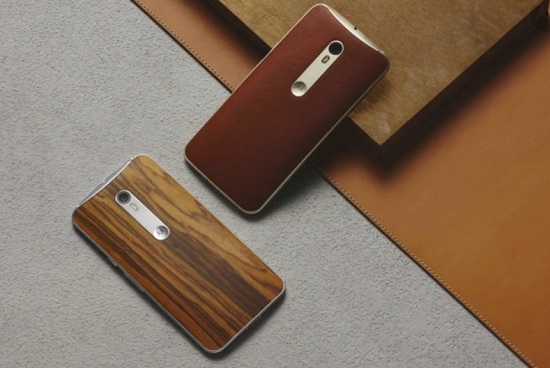 Thanks to the thin bezels, the company kept the size manageable for one-handed usage.

In terms of processing power, Motorola didn’t opt for the Snapdragon 810, unlike OnePlus. Instead it went with the Snapdragon 808 instead, a path similarly taken by LG for its G4 flagship.

(There is still ongoing debate on whether the 810 chipset is beset by overheating problems, but Digital News Asia understands from Qualcomm that some vendors did face overheating issues due to the lack of optimisation, and that the issue is not inherent with the chipset.)

The Moto X Style only has a 3GB memory variant compared with the 4GB on the high-end OnePlus 2, but with Motorola, there is support for a microSD card even though the devices themselves already have either 16GB or 32GB of storage built-in.

Like previous Moto X smartphones, you can customise it using Moto Maker with a leather or natural wood backing cover.

Software-wise, Motorola’s light touch on Android has been a constant favourite. Coming from a former division of Google, Motorola’s devices have had an advantage in terms of Android optimisations.

As for the price, the Moto X Style will cost US$399, an aggressive price point that’s surely going to give Apple, Samsung, LG, HTC and Sony something to ponder over.

That’s why the battle for the real flagship killer in 2015 has come down to this – a fight between the OnePlus 2 and the Moto X Style.

Here’s a breakdown of the specs in a handy chart (see below). The bold feature indicates a win for that specification.

It’s hard to call out a winner for now, at least not until we’ve managed to review these devices. But it’s not too early to make a pick based on what you deem important in a smartphone.

Go ahead and share your thoughts below in the Comments section; we’d be glad to hear of your choice. Or perhaps you’d like to wait till August, when Samsung announces its rumoured Galaxy S6 Edge+ as well as the Galaxy Note 5.