THE Indonesian Government plans to change the licensing model criteria with mobile operators in an effort to improve consumers’ overall experience.

According to Rudiantara, its Minister of Communication and Information Technology, under the new licensing model, mobile operators’ focus will have to move towards quality of service (in terms of speed), as well as coverage.

“Previously, the licence agreement was mainly based on the number of base transceiver stations the mobile operators had to build. We would like to change it so that it encompasses coverage and quality of service,” he said. “In the past, it was based on hardware. It was vendor-driven. Now we want it to be market- and consumer-driven,” Rudiantara (pic) told Digital News Asia (DNA) after officiating at the NEC Innovative Solutions Fair 2015 in Jakarta on Feb 10.

IDC Indonesia country head Sudev Bangah, when contacted by DNA, said he believes that the Government’s plans to change the licensing model could result in better network coverage in rural areas.

“If the operators are only judged by how much equipment they install or how many base stations they build, achieving those criteria may not necessarily translate to better network coverage.

“So the change would make the telcos more accountable in terms of coverage and quality of service,” Sudev said.

Another analyst, who declined to be named, was a bit sceptical about the Indonesian Government’s announcement.

“At the end of the day, the Government can only push as far as the telcos agree. It may not be as easy as it seems to push this through,” said the analyst.

Today, Indonesia, with a population of more than 250 million people, is also one of the largest mobile markets in the world with a penetration rate of over 100%.

The top three mobile operators in the country are Telkomsel, which 35% owned by Singapore Telecommunications Ltd; XL Axiata, a subsidiary of Axiata Group Bhd, and Indosat, majority-owned by the Ooredoo Group.

Although mobile operators have been offering 3G (Third Generation) services for several years, it is fair to say that there is still plenty of room for improvement.

Besides looking at the licensing model, Rudiantara said he is also pushing for mobile operators to rapidly expand their 4G LTE (Fourth Generation/ Long-Term Evolution) coverage.

Over the next five years, the Indonesian Government aims to increase fixed-broadband access to 71% of urban households and 10% in rural households, at 20Mbps speeds.

Research by the International Telecommunication Union (ITU) showed that an increase of 10% in broadband penetration could see a 1.38% increase in gross domestic product (GDP) growth for low- to middle-income economies. NEC believes that as the country continues to experience rapid urbanisation and urban development, there is a greater need for ICT infrastructure and services to support the growth, he said at the launch of the NEC Innovative Solutions Fair.

In fact, IDC estimates that IT spending in Indonesia grew by double-digits in 2014 to hit US$16.5 billion.

Endo believes that there are many opportunities for NEC to play an important role in the country, and one area would be in security.

“Safety is one important element to address, in order for a country to grow the economy in a smooth manner.

“For example, the country needs to focus on how to prepare itself against cyber-attacks, or even natural disasters. These are areas ICT can address efficiently,” he said.

Goh Thean Eu reports from the NEC Innovative Solutions Fair 2015 in Jakarta at the invitation of NEC Corp. All editorials are independent.

Brunei, Indonesia, Malaysia and Singapore to align with 700MHz plan 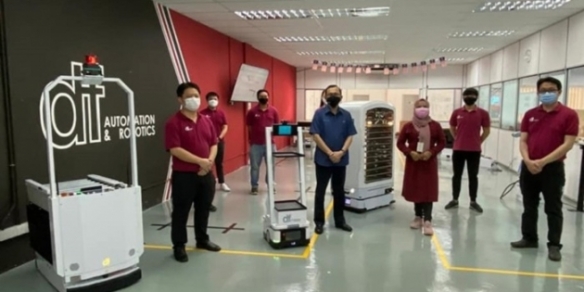