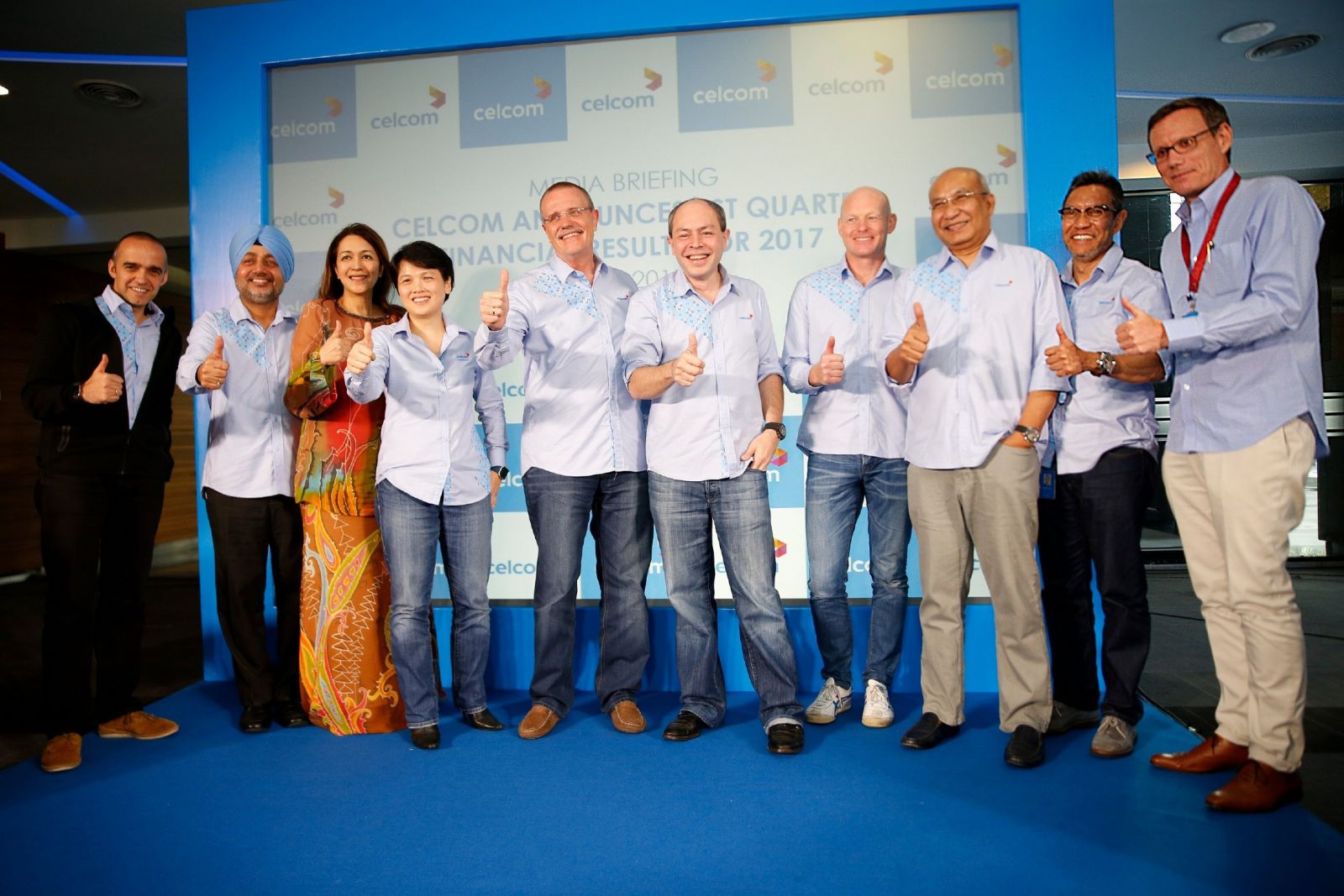 ALTHOUGH mobile operator Celcom Axiata Bhd showed signs of stabilisation in its first quarter results, the company believes it may likely take another quarter to further stabilise and expect an uptrend in momentum only in the second half.

"With our strategies in place, we hope to gain some market share by end of this year," said chief executive officer Michael Kuehner during a media briefing in Kuala Lumpur recently.

Besides decline in total revenue, the company also reported a decline in both its prepaid and postpaid subscriber base. It ended the first quarter with 2.95 million postpaid customers and 7.3 million prepaid customers, or 10.25 million in total.

The company attributed the declines mainly to intense competition on both prepaid and postpaid segments, whereby rivals were aggressively rolling out new plans and packages in the market.

While the overall numbers showed declines, the company's management remained optimistic and encouraged with its first quarter performance.

"We are showing signs of stabilisation, and by middle of this year we want to stabilise the business. Our target is that we can report an upswing in momentum in the third and fourth quarter,," said deputy CEO Azwan Khan Osman Khan.

Azwan Khan was pleased to see that its data revenue continue to grow at a healthy pace. Today, data revenue represents about 41% of its total revenue -- significantly higher than the 31% contribution same period a year ago.

He was also encouraged to see that its postpaid revenue rose 1.2% quarter on quarter at RM598 million.

Although its prepaid revenue declined 6.2% at RM557 million, Azwan Khan was quick to highlight that the decline is slightly less than the 6.6% decline registered by the incumbents as a whole.

To win the second half

As part of its efforts to gain market share this year, and to regain momentum in the second half, the company will be banking on a few key areas -- among include expanding its network coverage, improving its network quality, as well as offering top-notch customer service level.

"In general, the telecommunications industry are not known to be offering high customer experience... We hope to change that," said Kuehner.

To improve and expand its network, the company will be setting aside up to RM1.5 billion on capital expenditure (capex).

"Last year, most of our capex went to IT. This year, about 70% of our capex will be spent on network," said chief financial officer Jennifer Wong.

"We want to make sure that the coverage that we have will match where the competition is by end of this year."

The company hopes its 4G LTE coverage will be able to have 85% of population coverage by end of this year.