AS consumers in the US prepare to welcome Samsung’s new Galaxy Note 10.1, an analyst believes that the Korean giant’s stab at the tablet market will make little difference to Apple’s iPad dominance in this sector.

Additionally, reviewers who spent some time with the device were equally not bowled over with the up-and-coming elder sibling of the hugely popular Galaxy Note 5.3.

According to the Associated Press (AP), the Wi-Fi only version of the Galaxy Note 10.1 will go on sale in the from Thursday (August 16, US time). Pricing for the Note 10.1 starts at US$499 for the basic model with 16GB storage and US$549 for the 32GB model, which is expandable with an external memory card.

Citing analysts views on the Korean smartphone maker’s foray into the US tablet market, the wire agency noted that Note 10.1 is intended to attract business and education customers, a strategy that could be more effective than going all out against the iPad, which already dominates nearly 70% of the worldwide tablet market.

It added that Samsung had released about a half dozen Android tablets in the last two years under the Galaxy Tab series but none of them has been as popular as the iPad. Analysts attributed this to the fact that Android tablets suffer from a dearth of applications and that the device sells at higher prices [than other in the market save the iPad].

But with the Note 10.1, Samsung believes it has a product that will find favor with corporations and schools despite the iPad's rich pool of applications and sharper screen, noted AP.

This believe is based in part on the notion that the Note 10.1 has a stylus, dubbed the “S-Pen,” which Samsung believes will set it apart from the competition including the iPad.

All Things Digital noted that there are special apps that are designed to work with stylus such as the S Note, S Planner, Crayon Physics, Photoshop Touch and Polaris Office. For now, these are the only apps that work with the S-Pen, but more will added in time to come, it added.

In addition to the apps, the tech portal noted that Samsung has added a multi-screen feature that allows users to work on two different programs at the same time, for easier multitasking.

However, Jan Dawson (pic), chief telecoms analyst at Ovum, said the launch of the 10.1 Note is unlikely to make much of a splash as he doesn’t consider the new device “a big deal,” compared to the launch of Google’s Nexus 7 launch, which took place in late June.

Speaking to Digital News Asia in an e-mail interview, the London-based analyst said the fundamental problems with Android tablets have been three-fold: The lack of tablet-optimized apps, and the lack of a content ecosystem, and uncompetitive prices.

“There has been a dichotomy between tablets that had similar [specifications] to the iPad and tablets that were similarly priced [but] were not very good,” he explained. “The 10.1 [Note] is an example of the latter because it, along with other Android tablets, lacks the compelling apps and content that have made the iPad a success.”

Dawson added, “The S-Pen is a nice innovation but other than a couple of somewhat gimmicky built-in apps, there's little on the tablet that [users] can take advantage of, so it's not differentiated [much] from the other tablets out there.”

Dawson noted that the Nexus 7, on the other hand, costs 60% less and offers pretty great performance along with the latest version of Android.

“That [Nexus 7] seems a much more compelling package,” he pointed out.

Not impressive for a Samsung

A quick survey of several notable tech review blogs that had advanced units for review revealed that the Galaxy Note 10.1 didn’t fare well. Some felt that unlike the younger sibling -- the popular Galaxy Note 5.3 -- the Note 10.1 is a niche product, meant for users who may want an accessory pen to go with their tablets. Engadget noted that ultimately, no matter how deftly executed and streamlined the S-Pen experience may be, the Note 10.1 still feels like a niche device, especially since the suite of compatible applications is still pretty small.

“This is the sort of purchase early adopters and creative professionals are likely to make based on their familiarity with Android and the additional flexibility afforded by that stylus.”

CNET in its review said that with the inclusion of a stylus, the Note 10.1 attempts something different for full-size tablets and that in certain apps, the S-Pen does improve precision and can make note taking a much faster affair.

“The S-Pen can deliver a useful and rewarding interface experience… but it doesn’t offer any real benefit as for general tablet usage with fingers is still the best tool for the job.”

Finally Gizmodo was most critical in its try with the Note 10.1, noting in its review, “Go to the store and give it a good try first. At a US$500 starting price, this is a very clear pass for everyone else. The Nexus 7 is only $200, and provides a vastly more enjoyable user experience. Simply put, the majority of things on this device don't work as well as they are supposed to.” 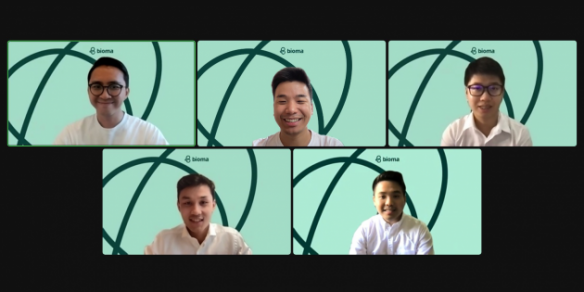