WHILE the rapid growth of mobile broadband traffic is pressurizing operators to look beyond the negative revenue implications of Wi-Fi as a viable traffic offload option, today's carrier-grade solutions do not fully meet operators' needs, according to Ovum.

The London-based analyst firm noted that findings from a new Ovum operator survey on Wi-Fi offloading indicate that many operators are still looking for features not currently available on a large scale.

For instance, over half the survey respondents expect session continuity when moving between Wi-Fi and cellular networks, while over 90% of operators are also looking for a device-based policy solution that would select the best network (3G/4G/Wi-Fi) based on cost, performance, and other policy-driven features, the analyst firm said in a statement. 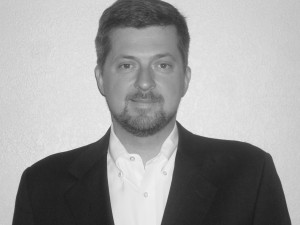 “Just a few years ago, if one were to ask mobile operators about Wi-Fi, their responses would most likely have been negative, but this has long changed with rising concerns around how to manage the growth of mobile broadband,” said Daryl Schoolar (pic), principal analyst in Ovum’s network infrastructure telecoms team.

“Now the issue is how best to build up sufficient network resources to manage Wi-Fi offload.”

The majority of operators expect to work with other hotspot providers to build out their network footprint, according to the Ovum survey. Operators, Ovum added, are also willing to work with what they call “untrusted” or “non-controlled” Wi-Fi networks – for example, free public networks that aren't controlled by an operator, such as those found at hotels or libraries.

The survey also noted that less than half of the operators polled said their companies were taking any measures to evaluate application performance before allowing those applications to access their networks.

Ovum also said that although most operators thought Automatic Network Discovery and Selection Function (ANDSF) and Hotspot 2.0 were important, only a small minority said they would deploy those solutions prior to their full standardization, even if vendors said they were fully compliant with the standard.