THERE is one nightmare that keeps Sirgoo Lee (pic) up at night and that’s his company having a security breach on the scale of Snapchat’s.

At the start of the year, the photo messaging app Snapchat suffered a breach which resulted in the data theft of the phone numbers and usernames for as many as 4.6 million accounts.

In an interview with Digital News Asia (DNA), Lee, the co-chief executive officer of Kakao Corp, maker of chat messaging app KakaoTalk, said that such transgressions on user trust are potentially devastating.

“My No 1 nightmare is having an accident like Snapchat happen to us. For users, the switching cost is zero – if they are not comfortable with a service, it doesn’t take a lot of effort to switch.

“The worst thing that can happen is a breach of privacy. That is why we have put a lot of resources into securing the data of our users. We have also received international accreditation with ISO 27001 certification,” he added.

Lee said that under the laws of South Korea, where KakaoTalk is headquartered, companies must have a chief privacy officer (a position he holds) which demonstrates the priority security takes in business considerations.

He added that he is proud of the over 20-man strong team that oversees all aspects of security and privacy for the company.

“Up until now, we haven’t had any accidents or serious knocks on our system, and we hope to keep it that way,” he said.

In the increasingly crowded market of mobile messaging apps, KakaoTalk with its 130 million users worldwide, is a smaller player when stacked up against Line’s over 280 million users and WeChat’s more than 500 million user base.

But Lee is not too concerned about stacking up against the competition, choosing instead to focus on what the KakaoTalk experience can offer its users, and remaining true to its roots. For him and his team, it is their first priority and also their potential second nightmare.

“As a messenger service we have to stay true to the basics, which is to provide fast, quality service. If you’re too focused on building a platform and lose sight of your roots, then the quality of service suffers and any disruption to that is a turn-off for users … and that’s a nightmare.

“We are dedicated to offering a quality messaging service and everything comes after that, be it games or mobile commerce,” he added.

Right now, the company’s main objective is to grow its user base, and it remains open to the ways in which it can achieve this.

“You have to show the market that you are out there, but we don’t have a concrete plan or end-game so we try different things and learn. We’re relatively small compared with our competitors and have that ability to adopt and try,” claimed Lee.

He said that there is a need to find the best approach for different markets, noting that the app’s inclusion of gaming content worked very well in South Korea but it could be something else for Malaysia – possibly music content or emoticons. 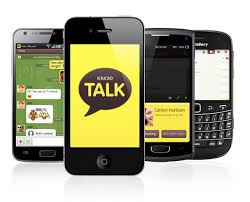 One chat app to rule them all

Asked for his thoughts on the mobile chat app landscape for South-East Asia, Lee noted that there are many apps in the market and that the region is in the process of selecting the proverbial ‘winner’ by trying out the different services and products available.

“It always comes down to one. You can have a secondary search portal site or even a third, that has its own market; but for chat apps, I think you only need one. South-East Asia is in the process of doing that and I don’t think it’ll be too long before people decide,” he added.

Users tend to choose the messaging platform the bulk of their social network is using, and when asked how KakaoTalk intends to convince users to switch or get their friends to follow suit, Lee said in order to do that, there needs to be a competitive edge.

“You need a differentiating factor that draws in that initial audience, a strong proposition that attracts them,” he said.

Lee said that while doing a marketing campaign would get you the initial downloads, the key to the quest for market share is an active user base, and offering that user base a customised experience.

“It’s about quality and comfort of use, we may not have the biggest market share but in terms of user loyalty it’s high – we have that in Korea and other regions we have a footprint in. That will be the seed to grow our service … hopefully,” he said.

Lee said he believes that if there is a key difference between KakaoTalk and its competition, it is philosophical – the company is not seeking to maximise revenue but instead wants to create an ecosystem where all parties can prosper.

“For example, for mobile games we pioneered the business model in South Korea but only sourced our content from third parties. We could have probably made more money doing it entirely on our own but it won’t work in the long run – we need to grow with partners and let them use our platform to create.

“It also secures diversification which is extremely important if you want to succeed as a platform,” he added.

The company is actively marketing in key countries, which include the Philippines, Malaysia and Indonesia which is its largest market, accounting for 10% of its total user base.

Lee said that 2014 is going to be a critical year, with the region in the process of deciding which chat apps to keep or discard and that before year’s end, “there’s going to be one left standing.”

“And that’s why we’re pushing forward and launching KakaoTalk Malaysia this month,” he added. On Jan 24, the company marked its official entry to the Malaysian market with a launch event in Kuala Lumpur.

Features that are available for users in Malaysia include emoticons, ‘soundcons’ and Plus Friend, which allows users to select and receive content related to their favourite brands, companies and personalities.

Also included is Kakao Game, which offers a selection of titles for users to play and compete against friends on the platform.

“We would like to like to replicate the success we had in Indonesia in Malaysia; in any market the key is to localise the service itself. Our competitors tend to think that you can do a global service from Tokyo, Beijing or Silicon Valley but it’s tough because it’s a service involving your friends and mobile numbers.

“You need a customised and local edge in order to gain popularity and it’s not just about offering the service in local language. It encompasses the look and feel, along with the content offered,” Lee said.

In June of 2013, the company signed an exclusive partnership agreement with Friendster Sdn Bhd, a subsidiary of MOL Global, to promote, market and distribute the Kakao mobile platform in Malaysia.

The partnership covers KakaoTalk and KakaoStory mobile application services, including businesses related to these applications, such as mobile game channelling, gifting and a digital items store.

“We are very happy with our partnership with Friendster and MOL; we partner with local companies to gain insightful understanding of the market in each country and believe we have found the right partner here in Malaysia, just like how we found Yahoo in Japan.

“The past six months have been a learning experience in customising our service to tailor to the local market and through our partner, we learn what local users want and in return, Friendster gains from our experience in launching such services,” he said. When asked what was KakaoTalk Malaysia’s current user base, Mellissa Lee (pic), vice president of Kakao Malaysia, claimed that it was about three million.

Lee said that it was too early to launch services like the ones currently being offered in South Korea, such as Gifting, which allows users to send gifts to friends. Through carrier billing, users can pay for a product such as a Starbucks coffee and send a friend a barcode to redeem it at a physical outlet.

Though South Korea is a much more mature market, Lee noted that the speed at which people are moving from the web to mobile is much faster than expected.

“Mobile commerce is already a fast growing sector in South Korea and we can expect the same in this region as well. However our first focus is on expanding our base, we need to secure a significant user base in each market and once we cross that tipping point, it opens up all sorts of possibilities,” he said.

Lee added that Malaysia has a young population that is tech-savvy and he doesn’t believe it will take long to grow and subsequently, for additional services to be rolled out.

“If you asked me two years ago how much money I think we would be making or what our user targets were, I would have told you that I would have been happy with just 30 million users.

“That’s why we don’t have revenue targets or numbers – we don’t know where it’s going to come from. Just like how we were surprised in South Korea, when it happens it’ll happen really fast,” he said.

Lee also shared that KakaoTalk founder and co-CEO Kim Beom Soo at the app’s launch back in March 2010 had said that he would be happy if the service got one million users.

Kakao Malaysia’s Mellissa Lee said that the company used to have targets set in the early days but that practice was soon abandoned.

“We had a yearly target but exceeded that in just one week. We really have no idea and can’t forecast what the future might bring as the space is still in flux,” she added.