THEY may be ‘digital natives,’ hyperconnected and an extremely tech-savvy generation, but Singapore’s millennials are like babes in the woods when it comes to cybersecurity, and could learn a thing or two from their elders.

The report was conducted from August to September this year, and had slightly over 1,000 respondents 18 years old and up, who owned at least one mobile device.

It segmented the respondents into three age categories: Millennials, Generation X, and Baby Boomers (55 years and up).

The Baby Boomers came out tops for having more secure online habits, according to Norton Consumer and Small Business vice president Gavin Lowth.

“71% of Singaporeans believe that their credit card information is more likely to be stolen after shopping online, than being stolen from their wallets,” he told a recent media briefing in Singapore.

Of the 71% who believe that it is more likely, millennials scored the lowest at 68%, with Generation X at 72% and Baby Boomers at 73%.

“Yet 21% still share their passwords – this is one of those generational things, where the millennials share much more freely in terms of their passwords,” said Lowth.

Of the 21% who shared their passwords, millennials made up 33%, followed by Generation X at 16% and Baby Boomers at a mere 9%.

Email passwords were the most shared at 59%, while 44% of Singaporeans shared their social media passwords and 23% their bank account passwords, according to the report.

This is despite 80% of Singaporeans believing that sharing an email password is riskier than lending their car to a friend.

But the millennials’ tendency to share has some good aspects too. In the report, 43% of Singaporeans reported knowing someone who had unauthorised access to their email, compared with only 17% reporting [or admitting] that it happened to them.

“Millennials tend to report higher cybercrime rates, with 28% reporting they had experienced some form of cybercrime compared with 23% of Generation X and 10% of Baby Boomers,” Lowth said.

“The hypothesis is that because they have been brought up in this digital age, this information sharing around them has become quite normal compared with Generation X or Baby Boomers,” he added. Cybercrime is becoming a way of life, with 20% of Singaporeans experiencing some form of it.

Dealing with overconfidence and an ‘it won’t happen to us’ mentality is what we need to keep an eye out for, said John Bai, director of Security Response at Symantec.

“The more confidence you have, sometimes the more relaxed you get around security,” he said. “You need to stay safe and alert.”

The millennials are the most vulnerable, with 28% experiencing some form of cybercrime in the past year.

1 in 5 Singaporeans are victims 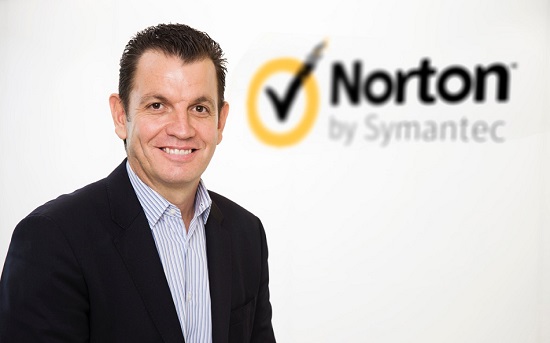 Singaporeans are fairly confident about their security behaviour but still fear some security situations, with 69% believing that using a public WiFi is riskier than using a public restroom, according to the Norton Cyber Security Insights report.

According to the global report, 600 million people were victims of cybercrime.

“Out of that, about one million Singaporeans were victims of cybercrime,” said Lowth (pic above).

“When you extrapolate that, 1 in 5 Singaporeans would have been victims of online crime at one stage or the other,” he added.

Singaporeans’ highest level of fear exists around specific online situations, with the highest being having your credit card information stolen while shopping online (68%).

“For example, 46% of people globally fear their credit card being compromised while travelling abroad, but 67% of Singaporeans feared this scenario,” he added.

Singaporeans were also sanguine about their own security behaviour, giving themselves an ‘A’ while being more critical of others, Lowth said.

“You always give yourself and ‘A’ and everyone else a bit less,” he quipped.

The hidden cost of cybercrime

Total losses from cybercrime suffered by Singaporeans came up to an estimated S$549.4 million (US$388.4 million) this year, according to the report, or about S$545 (US$385) per person. This is higher than the global average of S$346 per person.

Aside from the financial costs, the time and emotional costs of experiencing cybercrime has been largely ignored, according to Symantec.

While 43% of Singaporeans felt confident that they would know how to handle a cybercrime incident, victims lost 20 hours in dealing with such incidents.

“The cost is real, in nations and communities where folks have more money than time, and people lose around a day (20 hours) in dealing with this,” said Lowth. “People have to phone up their financial institutions, report it to the police and do all sorts of things,” he added.

The stress of dealing with such an incident was more stressful than preparing for a presentation at work or sitting next to a screaming baby on a plane for 71% of Singaporeans, according to the report.

“Dealing with the consequences is seen as the most stressful,” said Bai (pic).

“People are more stressed about losing their identity than sitting on a long-haul flight with a screaming baby next to them,” he added.

There is also the emotional impact of being a victim of cybercrime, with 60% of Singaporeans saying they would feel frustrated or annoyed if they were victimised.

Compromised financial accounts led to a bigger emotional reaction, with 82% of Singaporean saying they would feel devastated.