THE recent announcement that Catcha Media Bhd has entered into a term sheet agreement to merge certain assets with Says Sdn Bhd, the owner of Says.com, may have come as a surprise to many, but not to the two men behind the deal.

In an interview with Digital News Asia (DNA) following the announcement, Khailee Ng (pic), Says founder and chief executive officer, said that it was only a matter of time.

“Patrick [Grove] and I have been friends and been in the scene for a while -- it was only a matter of time before we worked together on something," he said, referring to the Catcha Media founder and CEO.

"The process didn't take too long, a handful of weeks perhaps? Both of us share the same culture of moving fast and moving boldly, so it came together very nicely,” Ng said.

Says.com is a crowd-sourced content platform that leverages active social media users to curate and share trending news items, paying them when they broadcast advertiser-sponsored content. It currently boasts a portfolio of clients which includes Nike, Coca-Cola, Unilever, Maxis and Nestle.

The proposed merger will see the formation of a wholly-owned subsidiary called NewCo, which will house Says along with Catcha Media’s digital and publishing units -- which the latter claims currently reaches 9.78 million Malaysians a month -- and a portfolio of 15 magazine titles.

The proposed merger is valued at RM60 million, and under the deal, Catcha Media will be entitled to 35 million shares to be issued by NewCo while Says, which is owned by Youth Asia Sdn Bhd, is set to receive RM6 million in cash and 15 million shares.

According to Grove, the merger value was based on the earnings of both companies and what they potentially could have been if both companies had been a single entity throughout the 2012 financial year. This is an acceptable valuation method with Grove sharing that a PE (Price Earnings) ratio of 10 was applied for the RM60 million valuation.
[Updated to add PE ratio]

“We are both just super excited to finally work together with a game-changing offering to our clients and advertisers. Content is king and social is the future, so the fit is perfect,” said Grove when asked for his take on the development.

He reported that the deal should take about two months to finalise as Catcha Media Berhad is publicly listed and will need to undergo vetting from Bursa Malaysia and the Securities Commission.

According to a Bernama report which quotes from RHB Research, the merger could potentially quicken Catcha’s turnaround.

"Based on a study by our source, Says.com is profitable and has an annual net profit ranging from RM1 million to RM2.5 million per annum. Post-merger, Catcha Media will hold a 70% stake in Says.com, which we think will boost the former's earnings," said the research house.

Ng noted that potential synergies are manifold when “you put leaders in social content distribution, leaders in content creation, and an advertising network that reaches 9.78 million Malaysians” together.

“Beyond that, it is also about two entrepreneurs and their passionate and driven teams coming together to build the future of media and advertising,” he added.

Ng said that advertisers are always excited to use Says.com to get their branded content shared on social media. In some cases, the advertisers would request for the company to create the content, which the team would need to decline because of its "laser focus and expertise in the distribution of social content."

On the flip side, Catcha Media's publishing unit has always been in the business of creating custom content, and in many cases, entire content channels and magazines for advertisers.

“At the same time, they are also frequently requested to integrate social media-centric solutions into the fold. The more we talked, the more opportunities we saw. That's when we knew that our shared vision for the future of advertising had to be acted upon,” said Ng.

Next: Media agencies weigh in on proposed merger 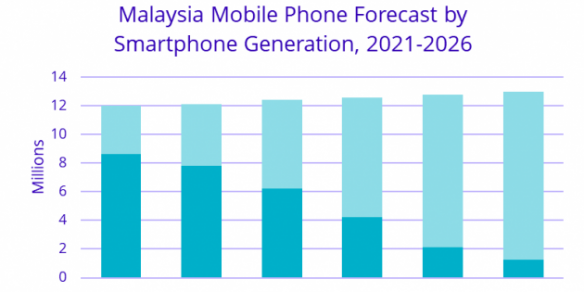