YES goes to town again, this time with LTE ANALYSIS: After about two years of an apparent self-imposed quiet period where it resisted bragging about having one of the most advanced wireless networks in the market, YTL Communications Sdn Bhd is finally taking the gloves off and launching its LTE (Long-Term Evolution) network today (June 30).

The grand launch, to take place in Kuala Lumpur this morning, will be officiated by Malaysia’s Minister of Communications and Multimedia Salleh Said Keruak, and is expected to attract a large crowd – all to hear company executives tout how great its newly launched all-IP (Internet Protocol), VoLTE-based (Voice-over-LTE) network will be.

We will hopefully know more about this service – mobile price plans, coverage details, and available speeds – later as the news breaks, but as YTL Comms’ comes into the limelight again, it’s important to put this event into its proper perspective.

YTL Comms became a wireless operator about six years ago, when the YTL International Power Bhd-backed company in 2010 spent about US$800 million to US$850 million to build a WiMAX (Worldwide Interoperability for Microwave Access) network in Malaysia.

Branded as the YES network and claiming to cover about 65% of the population using 1,500 base stations then, YTL Comms did not have a native voice network and only supported data connections.

For data users, the company launched several devices including a dongle, a home modem, and a WiFi hotspot device called the Huddle. 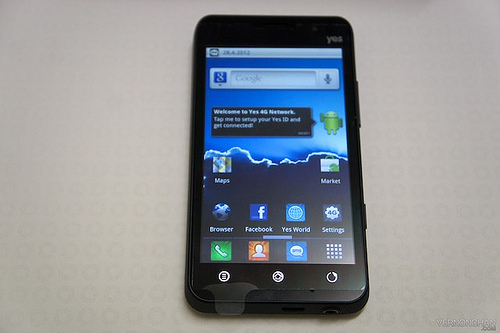 In the event that there was no WiMAX coverage, the phone purportedly switched over to normal GSM connections for voice calls via a SIM (subscriber identity module) card.

The phone was poorly conceived and was a flop, to say the least.

But the initial response to the YES network performance was generally positive, though days after the launch, it was still plagued with some problems. Some also felt that the pay-as-you-go package was expensive.

In later years, there was also a thread on the popular LowYat forums dedicated to complaints about the service or the company.

YTL Comms also struggled to build up its subscriber base. In September 2011, The Wall Street Journal reported that the company had 300,000 subscribers, and was aiming for 700,000 by the end of that year.

That target was beyond the company’s reach: A report by The Edge Weekly on June 25 this year noted that YES never gained mass market traction and has only about 500,000 users.

No surprise that over the past few years, YTL Comms’ public relations and marketing machinery scaled down drastically to a point that the company was hardly mentioned in the news. But chief executive Wing (pic) argued that YTL Comms’ silence does not mean it has not been doing anything all these years.

“We did not publicise it and did not tell the world that we were building a network with LTE in mind,” he had told DNA, referring to the fact that over the last five-and-a-half years, YES has been offering its mobile broadband services over a WiMAX network that it had branded as 4G (Fourth Generation).

Just to be clear: WiMAX wasn’t a dud technology and in fact worked pretty well when deployed correctly.

However, its popularity has been affected by several factors, including a delay in the evolution of standards which would have supported mobility for WiMAX players.

WiMAX wasn’t built with mobility in mind and for the most part was what the industry called a fixed-mobile convergence play. This simply means that it was never meant to support voice calls moving from one cell to another, or data connections between different cells for that matter.

WiMAX also lacked a clear migration path as faster, more advanced technologies emerged. Today, it is all but dead.

The two flavours of LTE It’s important to note that although YTL Comms is calling its new rollout an LTE network, there are differences between its service and what has already been long available from the likes of Maxis Bhd, Celcom Axiata Bhd, Digi.com Bhd and U Mobile Sdn Bhd.

Already, there have been comments made by consumers, and also reported by The Edge Weekly, that YTL Comm’ LTE isn’t quite compatible with some of the LTE smartphones in the market.

Put simply, you can’t simply buy any LTE-enabled phone and put in a YTL Comms LTE SIM into it, and just expect it to work.

So what is the difference?

The official development of LTE began in 2005 after Japanese operator NTT DoCoMo proposed a next-generation wireless standard that would seek to unify the somewhat fragmented wireless standards that were in existence then.

At the time, much of Europe and Asia was using GSM, while another competing standard called CDMA (Code Division Multiple Access) was also being pushed onto the market. CDMA was predominantly used in the United States (Verizon and Sprint), Canada (Bell and Telus), Japan (KDDI), South Korea (SK Telecom) and China (China Telecom).

As a result, the use of these two technical standards effectively fragmented the market and forced operators to either choose one or the other, resulting in the disruption of a truly global operating standard.

This also gave birth to an immensely fragmented device ecosystem, as devices from the GSM camp could not be used where CDMA networks were operating.

The goal of LTE was thus to unify these two competing standards and ensure that future wireless communications would have economies of scale in terms of both handsets and network infrastructure gear.

While both technologies have similar technical specifications, FD-LTE is generally accepted as the technology that most GSM/ 3G cellular operators will migrate to, because their current 3G systems work primarily in frequency division mode.

Meanwhile, TD-LTE will be generally adopted by operators that come from non-GSM/ 3G backgrounds, which typically include WiMAX and CDMA operators.

In short, Maxis, Celcom, Digi and U Mobile use FD-LTE, while YTL Comms and Packet One Networks (Malaysia) Sdn Bhd, now rebranded as webe and a division of Telekom Malaysia, use TD-LTE.

The wireless landscape in Malaysia is truly entering a new era. But as YTL Comms awakens again to join the marketing and price wars in a very vibrant space, what does this all mean to the industry in general, its competitors, and the average user?

Here are some relevant questions that should be answered today, or in the days to come, hopefully:

These are but a sample of some pertinent questions that YTL Comms must answer as it touts its all-IP network as the best thing since it came out with WiMAX six years ago. 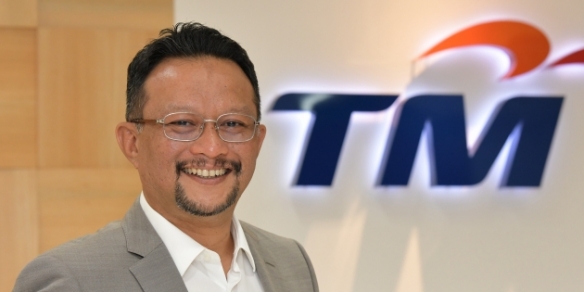