Why in the world would Apple introduce the Mini?

IN ABOUT a week’s time, tech behemoth Apple Inc is expected to hold an event, likely at its Cupertino, California headquarters.

The gathering will almost certainly be about the announcement of a new model in the iPad line –  dubbed iPad Mini – and is expected to be available just before the all-important fourth quarter months of November and December, preceding the Christmas and year-end holiday season, according to various media reports.

The buzz about the iPad Mini has been in the air for quite a while. Beginning July, The New York Times did an in-depth focus on the possibility of Apple building a 7.85-inch tablet for the market, in a bid to stave off the competition from Google, which unveiled the Nexus 7 in June. Online retailer Amazon meanwhile did the same with its Kindle Fire HD (high definition) in August.

John Paczkowski of tech blog All Things Digital confirmed the event would take place, once in August and again last week, citing various sources as saying the event is now scheduled to happen on Oct 23.

Speculation has been rife over these last few months as to whether Apple will play in the 7-inch tablet space. After all, its founder and driving force, the late Steve Jobs, famously derided the 7-inch screen as unwieldy for tablet applications, saying the devices should come with sandpaper so that users can file down their fingers to use them.

From a transcript of Jobs’ speech made Oct 18, 2010, courtesy of Seeking Alpha:

“If you take an iPad and hold it upright in portrait view and draw an imaginary horizontal line halfway down the screen, the screens on the seven-inch tablets are a bit smaller than the bottom half of the iPad display. This size isn't sufficient to create great tablet apps in our opinion.

“Well, one could increase the resolution of the display to make up for some of the difference. It is meaningless, unless your tablet also includes sandpaper, so that the user can sand down their fingers to around one quarter of the present size…

“These are among the reasons we think the current crop of 7-inch tablets are going to be DOA, dead on arrival.”

With this pending announcement as well as some other signs such as the leakage of the iPad Mini’s pricing online, there should be no doubt that Apple will bring forth a 7-inch tablet soon.

So why would Apple, whose visionary founder was staunchly against a mini version of an iPad at 7-inch, be willing to play this game now? For starters, technology moves so quickly these days that technology companies sometimes have no choice but to do things they don’t necessarily want to do, just to keep up with the competition.

When Jobs said what he said back in 2010, it might have sounded like he had predicted the death knell of 7-inch tablets but he was wrong. Since then, not only have 7-inch tablets survived the times but have even thrived, especially with the likes of Nexus 7 and Kindle Fire HD.

Firstly, pricing has a lot to do with this. Consider the following:

Looking at the price range of the Kindle HD and Nexus 7 versus the iPads as well as the fact that the former two devices flew off the shelves the moment they hit stores, it’s fair to say that there is a huge market for people who want to buy a tablet for between US$200 and US$400.

While Apple may not have originally wanted to compete in this area, it now has to because competition has forced its hand into a segment of the market it did not rule before. Some have argued that Apple’s profit margins may be eroded as a result of producing the Mini at a lower price point but to me, it would still seem like a good idea for it to do so.

But this is where Apple needs to find a niche for itself as how would an iPad Mini experience differ from a full 9.5-inch iPad save for the portability factor? For that, we have to wait till Oct 23.

In this respect, Amazon and Google have done well. 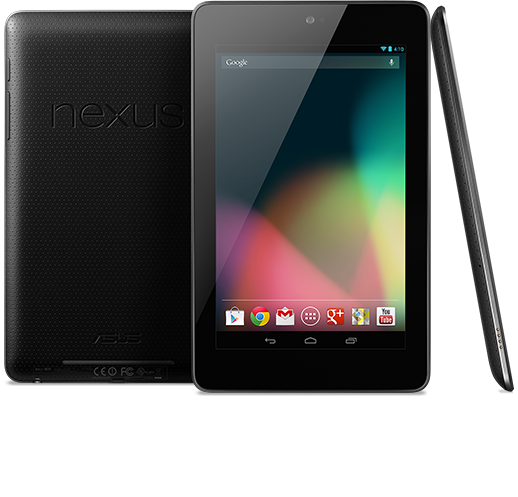 In an earlier opinion piece, I noted how Amazon has brilliantly positioned itself as a player that is effectively locking in its users to its Amazon service in order to continue making money, as the game has moved from selling just hardware to one that sells services, which is a recurring form of income. As for Google, the price advantage of its Nexus 7 (pic, left) is the main differentiator.

Finally, while I have no doubt that the iPad Mini will some how sell well due to the fact that it’s an Apple, it would not likely dominate the sub-US$400 end of the market like it did with its iPad 9.5 incarnation.

Why not? Well, price aside, Google’s latest Android Ice Cream Sandwich (ICS) and/ or Jelly Bean (JB) operating systems have come a long way since its earlier days.

Being an Android Honeycomb, Samsung Galaxy Tab 8.9 user before, I can painfully identify with the lower levels of user experience delivered on those platforms. With quad core computing at our fingertips, coupled with ICS/JB in place, Google Android’s tablet experience has largely caught up with Apple’s experience.

The fortifying of the Google Play store in the recent years has also allowed better quality applications for consumers to access, as many of the top-tier apps are available both now on App Store and the Play Store.

The ball is now in Apple’s court, as it will now have to up the ante to compete with Amazon and Google in this sub-US$400 segment of the market.