Week in Review: The glass is more than half full

ANECDOTAL evidence suggests that many Malaysians, me included, grow up developing a ‘Malaysian Discount Mentality.’ This is where we automatically apply a discount to anything good we read or hear about Malaysia.

I am probably a lot more optimistic about the future of Malaysia and especially our tech ecosystem than most, especially from the vantage point I enjoy at Digital News Asia (DNA). But then, so should you, especially if you have been following DNA this past 12 months.

We have been critical too, where we need to be, but generally the news from both a policy and entrepreneur point has been positive. And, as I have recently written, next year promises to be more exciting, especially from a funding point of view. Malaysia Venture Capital Management Bhd (Mavcap) is about to launch its Third Outsourced Partners Programme (OSP 3).

To me, this is huge, because the Malaysian Government, despite its intention to slowly withdraw from the funding scene, is still willing to bet on Malaysian startups by putting up US$100 million (RM328 million).

While Mavcap has hoped to see four venture capital (VC) companies spin off by January, 2014, talks are in an advanced stage with three parties, local and foreign, which will each invest matching funds of up to US$25 million into the spinoff VC companies. One of them is the Catcha Group.

I am sure these new VCs will be hungry to make their mark. But I think our entrepreneurs also need to stop complaining that they are not being funded by local VCs. No one is going to do you any favours here.

The VCs will invest in you if they feel they can add value to your venture, and ultimately profit from it. But I feel their risk appetite is severely curtailed by the lack of exit options in Malaysia. Of course this is the same situation facing every other country in the world, aside from the United States, seemingly.

This becomes a risk for the VCs and they mitigate it by raising the bar for the investments that they do make. This is just the stage of where this particular leg of the ecosystem is. Let’s not go complaining and blaming someone, least of all the Government.

None of our brick and mortar companies are buying into startups and even our listed Internet companies have hardly made any deals. Aside from Catcha Media Bhd buying a 50% stake in Carlist.my in February 2012 for RM5 million (US$1.5 million), I am not aware of any other deals by them, JobStreet Bhd or MyEG Services Bhd.

But as a person who sees the glass more than half-full, I am greatly heartened by both MyEG and Catcha Group putting up money to help launch two VC firms in January, in partnership with the Government.

This is just a sign that our ecosystem is improving. Just ask Japanese entrepreneur Hajime Hirose, whom DNA featured today. After evaluating Seattle, Silicon Valley and Singapore, Hajime picked Kuala Lumpur as the city that gives his startup, BuzzElement, the best chance to succeed.

Hajime and his cofounders have been in KL for six months now and he is positively glowing in his assessment of KL as a city to live, work and play in.

I happen to agree, though I think we must do a much better job with the cleanliness levels, but before I digress, let me just end here by again asserting my confidence that 2014 is going to be a really exciting year for the tech ecosystem (and I haven’t even brought up the fact that we have the world’s best angel tax incentive!).

Let’s all play our part. Happy new year to all our readers and supporters, and may your 2014 be an awesome year!

Just to pour a bit of cold water into that more than half-full cup, our most read story of the week was First they came for old media, then …, a commentary on the Government’s revocation of weekly newsmagazine The Heat’s publishing licence, which shows we still have some ways to go.

Malaysians digitally connected; Malaysia not so much 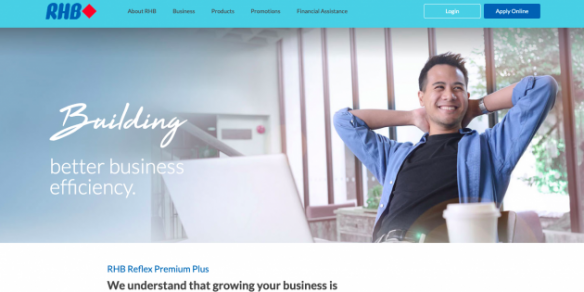