‘Think Big’ is not just a cool term 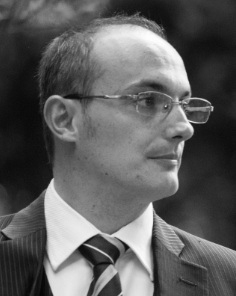 PIKTOCHART, helmed by the wife-and-husband team of Goh Ai Ching and Andrea Zaggia, was the grand winner of the Silicon Valley Comes To Malaysia (SVC2M) event that began last year and wound up recently. Zaggia, who was in Silicon Valley with Goh on a one-month study and networking tour sponsored by Global Innovation through Science and Technology (GIST) and StartupMalaysia.org, writes about their on-going experience:

This time it’s me, Andrea, the technical co-founder of Piktochart who visited Silicon Valley recently with StartupMalaysia. While my co-founder [and wife] was busy at her daily activities at Younoodle Camp, I also got busy to get more programming tips and scout around for best case practices.

I had a few people in mind to meet and I met them all (Refer.ly, Google, Angel Hack). Some parts of the article below may get a bit technical, so please contact me if you have any question.

1) How do you keep updated with the best resources in Silicon Valley?

I use Stack Overflow, Quora and general good ol' Google searches to find the answers I require. I am a big fan of NewRelic.com, and after talking to multiple developers in Silico9n Valler, I have reaffirmed that there is a need to ask my CEO for budget to spend on this amazing server-monitoring platform.

What happens in Piktochart is a phenomenon called ‘bloating’ where the server will exceed its capacity (without any good reason or any spike in traffic), causing a massive slow-down when the users are using the app, which we do not tolerate.

This has been one of my major headaches in the past, but Newrelic helps me take away the guesswork and see what's going on in the black box.

2) What is the developer culture like in the Valley?

Startups in the Valley are known for their odd habits which usually go viral, e.g. walls covered with Post-It notes or having a dog as a company mascot. I noted that there are a couple of things that startups do a lot, and I started implementing them the second we came back.

The first is a Scrum talk every morning. Take this as your morning coffee but everyone stands up for about 10 minutes and listens to what everyone else has on their plate, what they are going to build and what they did the day before. I like this method because it is not disruptive, it keeps your energy focused on that particular task throughout the day, and everyone really knows what is going on.

Next I also learned about Code reviews. I am a big fan of pair-programming which basically is the notion of two developers sitting side by side. One person codes and the other person checks for mistakes or thinks of ways to make it better.

While it sounds like one person is idling around while the other is working really hard, there are organizations that have "sworn" to its efficacy. Piktochart has a very small team of developers -- there are only three of us -- so it might not make sense. But I have made every Friday my code review session. I am now reviewing the codes written by my fellow developers every Friday and checking to see if it makes sense or can be optimized. This is akin to a not-real-time, condensed version of pair-programming.

I am also committed to hiring and growing more talents. We have been very selective in hiring in Piktochart. But now, we are adopting a model where we do not mind fresh graduates coming in as long as they are willing to learn and contribute to the work at Piktochart.

I have seen startups (e.g. Refer.ly) that managed to leverage on their interns and while it is cost-effective for us, the interns also stand to learn a lot from operational startups.

3) Do developers need to network?

As an introverted developer, my personality is very different from Ai Ching's. I have a "zone of zen" and once I get into it, it's like a thermometer building on momentum and I cannot stop coding. I feel that some people go to too many events and sometimes that does not help productivity.

However, I make exceptions to learn and build my networks around great developers.

4) Do developers bond over beer?

Yes to beer! Developers do not necessarily bond very quickly -- apart from mutual interests in gaming, anime and BOOKS. Twice, I saw developers with the High Performance MySQL book on their bookshelves as I was visiting. I also got a couple of other books on improving databases.

In general, if you are "passionate about programming by default", you will attend relevant events to improve yourself and keep seeing the same people over and over again until they become contacts in your Address book.

Andrea Zaggia is the technical co-founder of web start-up Piktochart. For more, check out the company blog here.