BEYOND the financial incentive and the process requirements that come with the April 2 official roll-out of the highly-anticipated Angel Tax Incentive, there is a larger implication.

The Malaysian Government is sending a loud message that it is serious about reducing its direct role in catalyzing the tech ecosystem, and that it is time for the private sector to take over.

The incentive was first announced in the Budget 2013 proposal unveiled by Prime Minister Najib Razak last September. In December, it was further revealed that it would be available only to angel investors accredited with the Malaysian Business Angel Network (MBAN), which was launched then.

The Angel Tax Incentive, targeted specifically at tech companies to bridge the early- stage investment chasm that exists in Malaysia, is just the Government’s most recent initiative in trying to ensure that the handover does not come as a shock to the ecosystem when that day arrives.

With a maximum personal tax exemption of RM500,000 – that’s per annum, mind you – the Government is rolling out the red carpet and inviting Malaysians with disposable income to bet on technology entrepreneurs with bright and crazy ideas.

(Friends and colleagues thought Tony Fernandes was crazy in 2001 when he took over a loss-making airline with two planes. Today, AirAsia has over 100 planes and billions in revenue.)

Far from targeting the ‘super high net worth’ individuals, with eligibility beginning for those earning RM180,000 a year for individuals or RM250,000 jointly with the spouse, the real target is the high net worth professionals out there who may otherwise invest their money in more traditional assets such as property, stocks and various investment schemes.

All those schemes come with some risk that has come to be accepted, but investing in ideas and tech people will be daunting for many. Which is why the Government is acting as the backstop to any risk here by allowing investors to offset losses they make, up to a yearly cap of RM500,000, against their taxable income.

Investments start from as low as RM5,000 and this is designed to encourage prospective angels to dip their toes into the world of investing in tech companies by investing in groups which bring multidisciplinary skills and networks to the table.

But here’s what is really exciting about the Angel Tax Incentive. You get to offset the investment made against your taxable income even if the company you have invested in is flying high and about to become the next Zynga.

It is truly an eye-opening incentive in that sense, but naturally comes with some built-in safeguards to prevent abuse – key among them is that the tax exemption only kicks in the third year of the investment. And sorry, family members are not eligible.

Meeting the earnings criteria to be an angel does not automatically qualify one to be so – as said above, you have to be accredited with MBAN. Cradle Fund Sdn Bhd, the agency that has been pushing, prodding and cajoling the Government since 2009 to come up with such a fund, will now be managing the entire angel incentive process through its newly set up unit, the Angel Tax Incentive Office (ATIO). ATIO’s role will be to ensure that start-ups seeking investments from accredited angels are actually eligible, with the investment made into them, genuine.

According to Cradle chief executive officer Nazrin Hassan (pic), “Together with MBAN, Cradle intends to be the one-stop center for all things related to angel investment – be it the administration of the tax incentive, raising awareness, educating angels or linking them to technology companies.”

Deflecting any personal credit for having relentlessly pushed for this key incentive, Nazrin says the Government deserves a lot of credit for taking the courageous move to financially incentivize high-income tax payers from the already small pool of taxpayers in the country.

Still, the Government has a powerful incentive to encourage angel investment. The creation of this niche group of investors have had a strong impact in the United Kingdom and United States, two markets where the investing ecosystem is much more mature than Malaysia’s and where angel investing is part of the natural conversation.

In the United States, it is estimated that companies backed by angel investments have created about 250,000 new jobs in 2009. This represents an amazing 5% of all new jobs created in the country.

Research also shows that start-ups which receive angel funding have an increased probability of survival and improve their growth by between 30% and 50%.

In the United Kingdom, a study done to gauge the impact of angel investing revealed that the overall return was 2.2 times with a holding period of around four years. Furthermore, about 9% of the companies invested by angels generated returns of more than 10 times.

While we won’t be seeing such numbers right away, Nazrin estimates that it will take five to seven years before we hit a critical mass of angels “who will only jump in when they see those before them succeed.”

Meanwhile, a tax consultant, commenting on the angel incentive, feels it would be more impactful if the tax deduction for the cost of investment made is given when the investment is made, as opposed to after the investment has been held for at least two years.

“If the concern was to avoid very short-term investment or speculative activities in the angel investments concerned, the tax deduction given earlier can be clawed back or denied if the investment was not held for at least two years after its acquisition,” he says.

On the RM500,000 per annum personal tax deduction cap for investments, he is keen to see if the Government will be generous enough to allow any excess of the cost of investment made over an  angel investor's taxable income in a particular year to be carried forward for set-off against his taxable income the following year, with certain safeguards put in place (like the two-year rule, for example).

“If such would be the case, I think it would further spur interest in angel investment amongst high net-worth individuals,” the tax consultant says.

To be sure, Cradle has not been short of suggestions on improving the current incentive. Nazrin reminds everyone that this is just the prototype of what will eventually become the finished product. “We will push for any refinements that make the angel tax incentive more compelling.” 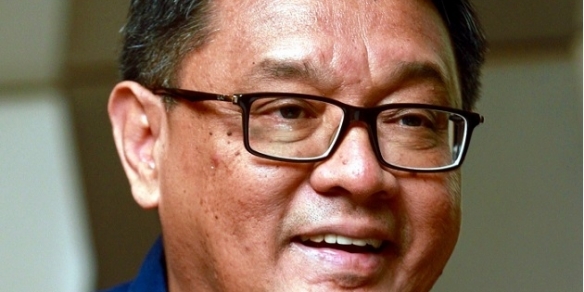