TO be sure, the telco sector in Malaysia closes an eventful 2018 with key leadership changes and the hammering of Telekom Malaysia’s share price being the headline news of the year rather than any dramatic data breach story dominating the headlines as in 2017.

There was no telco data breach this year unlike the purported case that arose in 2017 involving an oft cited but still unsubstantiated 46 million records stolen. The breach apparently happened in 2014 said online forum and news site, Lowyat.net, which first reported the incident.

This is an issue that needs urgent closure if Malaysia is to be taken as a nation that takes data security seriously. Will any potential investor whose business revolves around data, even bother looking at the country until we solve this issue? The country cannot talk about cyber security with any measure of credibility until then.

But back to 2018 and as far as the telco industry is concerned some will consider TM’s market cap dive from US$5.85 billion (RM24.2 billion) on 2 Jan 2018 to US$2.40 billion (RM9.96 billion) on 28 Dec 2018 as being the key news story. The still dominant telco in the country had been on the sharp end of the new Malaysian government’s goal of making affordable access to broadband a basic right of all Malaysians.

This has translated into the battle cry of the new Communications and Multimedia Minister, Gobind Singh Deo, being, “double the speeds at half the price”. You can imagine what that did to TM’s share price when he started saying this in all his public statements and speeches after becoming minister at the end of May 2018.

Gobind has subsequently moderated that cry in terms of pricing, saying he expected broadband prices to come down by 25% by end 2018. And they have, in some cases by more than 25% as all the players offering consumer broadband packages responded to his call with big price cuts.

But such a price cut would have been catastrophic to TM if it had instituted this across the board. Instead what TM offered to its 1 million, mostly urban Unifi (its broadband service) customers, was to promise to increase their speeds dramatically but keep the pricing the same.

For example, this writer (and especially his gaming loving kids) is now enjoying 500Mbps service from the previous 50Mbps at the same price as before of US$43.25 (RM179).

Still, TM would have been hit as some subscribers move down to lower cost packages. A look at TM’s Unifi pricing reveals that its newly introduced 100Mbps package is the most popular now at US$31.17 (RM129). It is unclear how many of its higher cost package customers moved to this deal.

But even aside from its broadband pricing, TM got hit yet again when the revised (lower) Mandatory Standard on Access Pricing (MSAP) was announced in Sept. As the dominant player with over 92% market share, TM reaped the most money from any interconnect fees the telcos charged each other.

But the bigger challenge for TM now is to bring in the right CEO as it ended 2018 with its third CEO of the year and waiting for a permanent CEO to be appointed as the current head and his predecessor were both acting heads. It lost Shazalli Ramly shortly after the change in government happened with its deputy group chief executive officer, Bazlan Osman stepping in as the acting group CEO in June 2018. But then Bazlan announced his resignation as action group CEO in mid Nov, after 16 years with the company. TM announced its COO Imri Mokhtar as taking over as acting group CEO.

The government’s preference seems to be for an outsider, unencumbered with legacy thinking and relationship baggage to come in and make some sweeping organizational changes and shape TM into a leaner, meaner machine capable of leveraging on its deep market knowledge and scale to better compete. The quicker this happens, the better.

Another big leadership change was the appointment of a new chairman for the Malaysian Communications and Multimedia Commission in Al-Ishsal Ishak in Oct, replacing Halim Shafie, a two time chairman of resigned in July. Al-Ishsal’s choice was seen as a bold one by Gobind as the 50-year old had no government experience nor any industry regulatory background and is more a digital native than a telco person. And while it is too early to judge Al-Ishsal, he has not put a foot wrong yet.

And among the main telcos, Celcom has seen a leadership change with Michael Kuhner ending his two-year stint at end Aug 2018 to be replaced by Muhamad Idham Nawawi who came over from the Axiata Group where he was the group chief corporate officer.

Meanwhile, as Gobind and Al-Ishsal find their footing in their new roles, the mobile telcos were beginning to fret about 5G and how Malaysia was falling behind global peers in its efforts to start building up momentum and industry dialogue around building a 5G ecosystem that is seen to be a critical component of the nation becoming a leading global digital economy.

The nervousness deepened when the news broke of MyTV Broadcasting Sdn Bhd, the company responsible for handling Malaysia’s digital terrestrial TV (DTT) transition that will enable the analogue switch-off (ASO) to happen was struggling to meet its April 2019 deadline. If true, this would have further delayed the ASO and the freeing up of the 700MHz spectrum for 5G use. That spectrum is currently tied up for analog TV transmission.

TM was a key player in this story as well as it had a 15-year agreement with MyTV to provide it the required backbone transmission network for MyTV to offer its DTV services. But with MyTV struggling to pay TM for services rendered, TM stopped offering its services to MyTV. Consumers who were enjoying the service were not happy, the MCMC was not happy, the Communications and Multimedia Ministry was not happy and MyTV was not happy.

Fortunately, through the intervention of the Ministry and the MCMC, TM and MyTV were able to come to an agreement and the services have resumed with MyTV now scrambling to ensure it meets its responsibilities and commitments to the government to provide DTV to 98.5% of the population and execute the ASO at end March 2019.

In an interview I had with Michael Chan, the CEO of MyTV, he makes clear that MyTV and its main shareholder, Syed Mokhtar Al-Bukhary are totally committed to meeting the ASO, pouring in about US$72.5 million (RM300 million) more, even though the DTT project has become “unbankable” due mainly to two factors.

The second reason Chan sites, besides the lower channel rentals, is that the current government will not honor the commitment made by the previous government of providing 2 million free set-top boxes to the B40 (bottom 40%) group.

Look out for that interview with Chan that will run on Fri, Jan 4th as part of the series of articles DNA will publish under our annual Telco Deep Dive 2018.

Other articles will be on the Digital Divide, how the big three telcos are dealing with various issues including 5G, how a long time proponent of Open Broadband hopes to be a disruptor in the ecosystem, what’s happening in the OTT space with local Malaysian players, a contribution piece by IDC and our picks for the top two smart phones, business laptops and gaming laptops of 2018 are.

To be sure the 2018 Deep Dive is running later than usual but with a new minister in place at end May and a new MCMC chairman starting his duties in Oct, it was logical to wait for both roles to be filled before we started on our Deep Dive 2018. 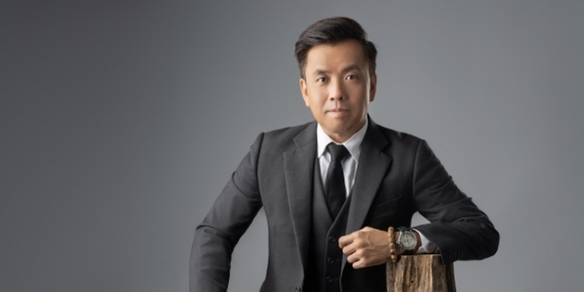