Support needed for the psychological stress of founders

I WANTED last week’s Disrupt to get raw and emotional but I failed. Perhaps it was too much to hope for when you had 90 people present. While the panellists did share war stories and personal anecdotes, it did not get personal enough for my liking.

In my too-long (as usual)  preamble, I spoke of my hope that entrepreneurs would walk away from Disrupt#17, Leadership lessons from startups, with the realisation that they can share their fears, hopes, vulnerabilities and frustrations with other founders and in doing so, realise these emotions they are wracked with as common across all founders.

I wanted this realisation to be the trigger for the beginnings of an informal network where founders of startups can seek advice, bounce ideas and receive emotional support and strength from each other. Where they realise what they are going through is not unique and does not mean they are weak or not suited to being entrepreneurs.

Why do I think this is important? Because the one aspect of the entrepreneur’s journey that is never discussed and therefore receives no help is the psychological strain they go through when they leave their comfort zones and take the leap.

That continues to be the toughest part of my journey, and I am 48 with a lot more maturity and mental strength than the younger set of entrepreneurs out there i.e. those below 26 for whom I really worry about because there are no programmes that can help them deal with this aspect of their journey.

Do read this article from Inc, magazine. This is the most powerful piece I have ever read about the hidden side of becoming an entrepreneur (A big ‘thank you’ to Dr Gabriel Walter of Quantum Electro Opto System for the share), especially in the tech space, and describes the psychological war that goes on in the mind of the entrepreneur way better than I can.

But while it helps you realise the inner war that rages within entrepreneurs as they try to keep their focus and work on executing to the best of their abilities and in getting the best out of their teams, the key question remains: How can we come up with a way to help our entrepreneurs cope with this challenge? Who can they approach?

To me, one way, as I suggested at Disrupt, is by reaching out to Digital News Asia’s (DNA) Digerati50. While the 56-pg booklet we produced and distributed in the Jan 23 issue of business weekly Focus Malaysia is not startup-focused but covers promising entrepreneurs across the tech spectrum, what is striking is that 37 of the 47 entrepreneurs we profiled have been entrepreneurs for at least 10 years of more.

They have probably experienced the emotional highs and lows many times over and will surely be well-equipped to be an awesome resource pool our entrepreneurs can tap for help – not business help, but to be their emotional and psychological sounding board.

But I recognise that we need a proper way to do this and some structure. Perhaps some government agency in the tech ecosystem can help here; or even a private company. I am definitely open to suggestions.

Meanwhile on some of my highlights from the last Disrupt panel session, I have to say I was really shocked at how MaGIC’s Cheryl was cheated by a large company that literally stole her idea and copied it. And she later discovered that this sort of betrayal and plain thievery is not uncommon in Silicon Valley!

I was also intrigued at the questions asked about the investor-investee dynamics. With my belief that we will start seeing more angel level investments over the next 12 months, it was interesting that one piece of advice from the floor was for entrepreneurs to even take so called ‘dumb money’ if that is the only option they have.

It is a harsh moniker but it simply means that an investor can only offer you money and nothing else that can help your business get traction. Even tech entrepreneurs can offer you dumb money.

Mark Chang of JobStreet once shared how, in 2000, he invested a small amount in some Taiwanese entrepreneurs and then totally forgot about them – until years later they gave him a nice cheque for what was his stake after they got a Silicon Valley company to buy them out for US$100 million (RM322 million)!

All in all it was a great way to end the last Disrupt held at Plug ‘N’ Play Technologies Garden at South Tower, Mid Valley City. Kumpulan Model Perdana Sdn Bhd, which has been our awesome venue sponsor, has ended its lease at South Tower and is now changing their business model and moving away from providing physical space for tech companies to rent.

I wish it all the best in its new strategy and will bring you an update of its role in the ecosystem soon. 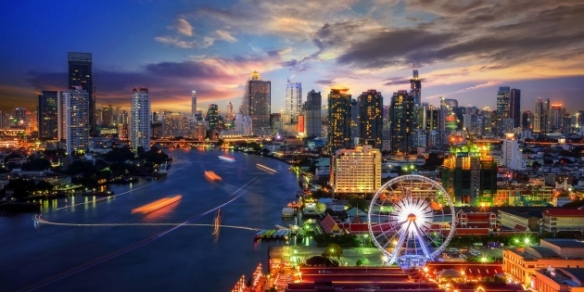