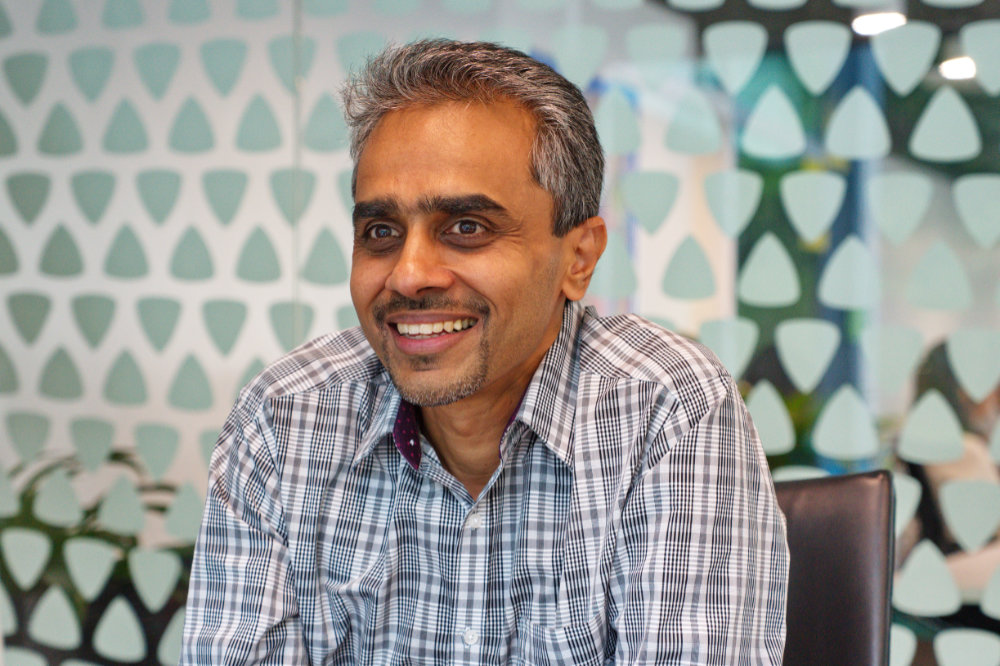 WHEN you’ve spent 15 years at an organization and have gone through the ranks to become its leader as CEO, you pretty much would have a deep grasp of most levels in the company and it was no surprise that it took Albern Murty (pic), 25 mins of almost continuous monologue to “set the context” for DNA’s interview with him recently.

The CEO since Feb 2015, the 15-year veteran at Digi has certainly answered the one question mark that hung over him when he first stepped into the hot seat as CEO. Could he add some steel to his character that was needed to successfully run a multi-billion dollar business with millions of customers and over 2,000 skilled knowledge workers in an ultra competitive sector.

Or as one of the people who had worked with him before in the past remarked to me back in early 2015, “can the cat grow some (tiger) stripes?”

Today, Murty helms a company that has long been considered one of the most innovative companies in Malaysia, with Murty being a sought after speaker on various issues, ranging from talent, innovation and digital disruption as Digi is known to be a company that is quite open in sharing its knowledge and experience.

Indeed one of the main points Murty stressed is that the 2,100 strong telco with US$1.53 billion (RM6.59 billion) in revenue for 2016, is in state of continuous beta mode. For a major operator. “We consistently try a lot of things and that is the beauty of Digi – we haven’t lost our DNA. We are continuously trying new things. If it doesn’t work, we stop it and try something else. I think that culture and DNA is still there.”

Indeed part of that culture of experimenting and not being afraid to try new things comes from Digi staff having access to the CEO and Murty is known to regularly be walking through the open concept-based Digi office with his meetings and discussions held anywhere in the office.

In that sense, he shares the same management philosophy as Tony Fernandes of AirAsia. Coincidently, I was moderating a conversation with Fernandes over the weekend and he shared that he strongly believed a good leader, a good CEO has to be amongst his team on a regular basis, exchanging ideas, having conversations. Listening to Fernandes, I immediately thought of Murty.

Both run organizations with that have flat management structures and operate in lean mode with very little fat on them and neither has an air about them, being as grounded and regular as the average person. Infact, Fernandes came for his session in military camouflage pants and sockless sneakers!

Not surprisingly, seeing how important digital is, both also see themselves as leading the transition of their companies to become digital businesses with Fernandes declaring in 2015 at What’s Next that AirAsia was an internet company! This is where their biggest differences lie with the low-key Murty not given to making flamboyant claims as Fernandes.

But Murty too is leading Digi into becoming a digital company by 2020 and the upgrading of their network over the last 18 months has been a key foundation.

The other boost is the 900MHz spectrum it received last year, “One of the best things for us last year,” said Murty. Infact, Digi customers will already be enjoying greater in-building coverage from July 1st, when Digi went live on the spectrum and wider 4G Plus coverage.

Murty emphasised that it was important for its brand and perception for Digi to keep the lead on 4G Plus with the telco now at 45% population coverage nationwide.

“The spectrum now allows us to take a very strong position in the market,” says Murty, clearly excited at the prospect and market opportunities that their 4G and 4G Plus network allows them to compete for.

One of them being in the Internet of Things (IoT) space where Murty notes the market has moved a lot faster than expected.

“I think it’s a combination of solution providers coming up with services for their own respective industries, and then us being able to provide affordable SIMs for connectivity.” It’s about timing, he feels. “Because if you’d taken IoT services out to market two or three years ago, it wouldn’t have made sense. And, for that matter, take remittances, for example. Four years ago we introduced it to the market, we were the first to take it out. It looked like it made sense, but traction was very slow. Today the traction is amazing and now when you offer it as a mobile app, suddenly you see a different scale of people taking it up,” he notes.

Trying to offer a firmer footing for what makes the timing right, Murty feels it has to do with devices in terms of pricing and functionalities and equally important about the momentum of various industries modernising themselves. “Because everybody wants to move into the digital age.”

Watch out for the full interview with Murty, including video, in DNA’s upcoming Telco Deep Dive.