Malaysia to be second country in SEA to introduce Digital Tax THE upcoming Budget 2019 slated to be announced on Nov 2 is exceptionally important to provide direction for the country. More importantly, in the direction and support on the growth of the digital sector in Malaysia.

This was confirmed by economists and market observers as the government has commenced tabling the 2019 Budget on 15 October 2018. In addition to this, it presents a great opportunity for an overhaul and reform of the economy by the newly elected government.

Malaysia’s government underwent a huge revamp on 9 May 2018 when the nation elected for the opposition party into the government and ended a 61-year rule by the former ruling political party.

Along with the huge revamps were the introduction of different philosophies of how finance was managed by the government. This was evident as we saw several multi-billion Ringgit projects were cancelled, the abolishment of the government service tax (GST), and many others in a short period of time.

Before we can settle, Malaysians are preparing themselves for yet another big announcement by the newly elected government which is the annual Budget allocation for 2019.

Introduction of the Digital Tax

Experts have highlighted that tabling of the 2019 Budget will see the introduction of the Digital Tax. If true, Malaysia will be the second country in Southeast Asia after Singapore to introduce a tax scheme for the digital sector.

The rationale of the tax is aimed level the playing field between international and local businesses in the digital sector. Global digital businesses often avoid paying taxes in Malaysia, due to the reason that the companies have no physical presence in the country.

As such, these digital firms declare their profits in the country where their headquarters are based, causing other countries, such as Malaysia to lose potential tax revenue.

In addition to this, the Digital Tax can assist to strengthen and expand the government’s revenue base due to its bright outlook in the years to come.

Concerns on the new tax scheme

While the primary premise of the tax is commendable, several experts and business owners are concerned about its possible negative effects on tech companies and e-commerce players. Some commented that the introduction of the tax will add an extra layer of taxation which could lead to the increase of online goods and services taxes for all players.

A WHT is a tax charged on Malaysian businesses when certain types of payments (interest, royalty, services) are made to non-resident companies. As such, the introduction of the Digital Tax increases the probability of double or maybe triple taxation to businesses.

Christy Ng, founder of an online women's footwear company ChristyNg.com commented on the Digital Tax. “This tax on e-commerce businesses is not practical. We already spend so much on SST and with the addition of a new tax, this would squeeze all the business dry. How many tax systems do we need?”

On the mechanism of the tax, the Institute for Democracy and Economic Affairs (IDEAS) predicts that there might be two types of taxes that will be introduced.

One would be a “direct tax” that target the profits of foreign digital companies doing business in Malaysia. And another probably an “indirect tax” that is a consumption tax (like the Sales and Services Tax or SST) to foreign companies selling digital goods and services into Malaysia, paid by the users.

Amidst the concerns, the government has acknowledged its concerns and is working to introduce a tax scheme that is fair and levels the playing ground.

Malaysian Deputy Finance Minister Amiruddin Hamzah commented on the Digital Tax stating, “This will definitely be a matter that we will look into deeply. We will come out with a new mechanism, but we are still studying it and we will impose something for them. If we put this matter (digital tax) aside, I think the nation will be losing revenue” said Amiruddin.

The Malaysian Finance Minister Lim Guan Eng mentioned that the Inland Revenue Board is expected to work closely with international bodies to address international tax issues relating to the digital and sharing economies.

Will Malaysia continue to support the Digital Free Trade Zone?

The past budget statement specified that the government will dedicate RM83.5 million to develop a Digital Free Trade Zone (DFTZ) in partnership with Alibaba Group.

The funds will be allocated to construct the first phase DFTZ in Aeropolis, Kuala Lumpur International Airport (KLIA), to create a regional gateway for e-commerce. This was great news as the DFTZ is set to benefit thousands of SMEs and is projected to attract more than RM700 million worth of investments.

However, this project came under a cloud of doubt after the country’s general elections. The new government sought to review all deals made with China as some were deemed unfavourable to Malaysia in the long term. Included in the scrutiny was Alibaba’s investment into Malaysia with the establishment of the DFTZ with the previous government.

Among the criticisms were that the Chinese e-commerce giant held too much control over DFTZ. A similar concern was noted by international players as they worried that the Belt and Road initiative was an attempt by China to construct a massive, multi-national zone of economic and political influence with Beijing at its centre.

Jack Ma, the executive chairman and co-founder of Alibaba Group swiftly addressed the concerns when he met Prime Minister, Dr. Mahathir Mohamad a month after elected to office. Ma reassured that the DFTZ is focused to benefit businesses from both countries equally. Without much hesitation, the Prime Minister confirmed the continuity of the DFTZ with Alibaba Group.

According to BMI Research calculations, Southeast Asia’s online shopping market is set to generate an estimated US$64.8 billion (RM257.94 billion) in 2021, citing a continuous uptrend in the upcoming years. Now, a Bloomberg report stated that Malaysia’s share of total online retail sales was at was at 2.7% indicating a huge potential for development.

The digital economy presents a great growth opportunity for Malaysia especially when the government is looking to optimise their expenditure to manage its RM1 trillion debt. AmBank group chief economist and head of research Dr. Anthony Dass stated that the government will need to optimise its expenditure during the tabling of the 2019 Budget. This can be done by focusing on priority projects or investments that trickle down positively to the market and people.

As such, it is very unlikely that the Malaysian government will side-line e-commerce and the digital industry. Not to forget that the country’s focus to developing the digital sector was initiated the Dr. Mahathir himself during his last outing as a Prime Minister back in 1996 with the Multimedia Super Corridor (MSC) initiative.

More details on the Digital Tax and support on the digital industry in Malaysia to be announced on Nov 2, 2018.

This is an expert article by iPrice Group. 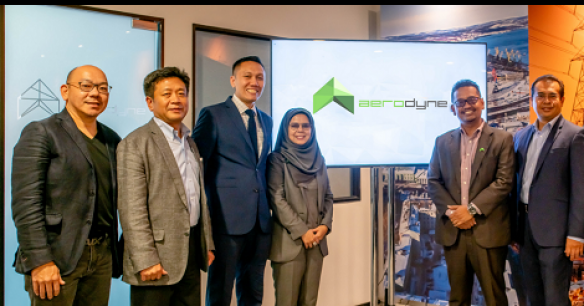