IT’S that time of the year again, when we all start breathing in particulate matter, and smokers line their lungs with a protective layer of tar and nicotine.

It’s also the time when many people in South-East Asia beat their chests – in frustration mainly, but perhaps also in a forlorn attempt to eject said particulate matter – and wonder what the hell their governments are doing.

Meanwhile, our respective political leaders put their hands over their ears and go “La-la-la … I can’t hear you!”

It’s a not-so-merry-go-round. The finger-pointing and Asean ministerial meetings continue for another year, and you can bet nothing substantial will be done – despite the millions of tourism dollars being lost each year; the millions being lost because business cannot go on as usual; the tens of millions of dollars being spent to hold up the three nations’ healthcare systems; and, you know, despite the fact that people are dying.

In fact, the annual haze problem is proof enough that the Association of South-East Asian Nations (Asean) bloc does not have a non-interventionist policy so much as it does a non-cooperative one.

Let’s not pussyfoot around this simple fact, people of Indonesia, Malaysia and Singapore: Our governments have failed us.

So what are we doing about it? What can we do about it?

Recently, someone we know gave us at Digital News Asia (DNA) a heads-up on the World Resources Institute (WRI), which had mashed up satellite data with forest ownership information to name the companies behind the lands where the fires are raging. There are a lot more names here than those identified by the Indonesian Government. 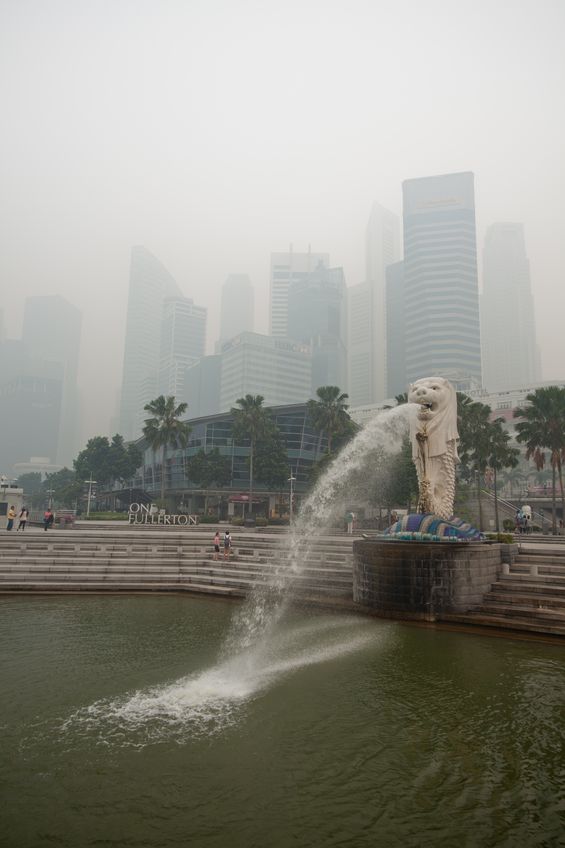 This friend, who although not a technologist himself, does engage with the tech community in the region quite a bit because of his work. He noted that if this was in the United States or Europe, the tech community there – including hacktivists and social media mavens – would have taken action of some sort.

“I am just intrigued that, despite the fact that we all have the same technology, I don't see a reaction from hacktivists here in South-East Asia regarding the haze,” he wrote.

He had a few suggestions, of course, some of which were on this or that side of what is legally permissible, but it got me thinking as well: We keep talking about the democratisation engendered by the Internet and the ‘people power’ being enabled by social media and crowdsourcing, but rarely do we act unless we’re spurred on by politicians.

The haze is a-political. It affects all of us. There are people trying to do something about it, but these efforts are uncoordinated and usually end up being short-lived – all full of fire and brimstone, at least until the haze clears up.

I hereby issue a challenge to the tech community in these three countries: Get involved.

I am fully cognisant of the fact that the natural and justifiable retort would be: “Well, why just write about it; why don’t you do something about it?”

Fair enough. Two reasons: 1) There are not enough hours in the day for me to manage my personal and professional obligations, let alone take on something like this; and 2) I am not as smart or technically-capable as you.

I have some suggestions. The more technically-inclined of you can do what WRI has done, and keep doing it. There are other things you can do as well. I will be using the Malaysian context, but it applies across the board.

First, reach out to your Indonesian friends and contacts to get the names of the directors of the companies involved. Some of this would be publicly available in business or company registries. Mine the data and check what other companies they are involved in.

See if they have any ties to political parties. This can be important because many suspect no action has been taken over the last 15 years because of how well-connected some of these companies are.

Then, when you have proof, name ‘em and shame ‘em – this includes all the other companies they are involved with, as well as their political patrons. Put it all up on a Facebook page, including their pictures, so that we can identify these traitors to humanity.

Third, use the crowd (if you haven’t already): Get everyone who knows anyone who works in any of these companies – even those that have nothing to do with plantations, as long as their directors are involved – to begin some sort of petition against their bosses to call for action.

You know a cousin who works for Company A? Your sister, your brother-in-law, a friend? Reach out to them, get them to start a petition too.

That petition could have this sentence within it: “Please stop harming the health, and endangering the lives, of our loved ones.”

Harness the power of social media: Post pictures of these perpetrators and disseminate them to the masses, so that we can all recognise who they are.

Wait a minute ... but these are just the directors of the companies. They’re not the ones who are doing the actual burning, so they can’t really be held responsible, can they?

Okay, let’s deal with that then. Start a campaign to get all three of our governments to sit down and hash out new legislation to criminalise the illegal burning of forests, and to include a ‘vicarious liability’ clause in this new law.

In Malaysia’s Copyright Act, the directors of a company found to be using illegitimate software are guilty of the act, even if it was all done by the IT guy. It may sound like a harsh law, but that amendment was what forced business owners to ensure their companies practised legal software usage – they invested the money to ensure they were compliant to keep themselves out of jail.

Have the same vicarious liability clause for illegal burning. Make the business owners, who always jet away to Paris or London this time of the year, criminally liable for what the plantation workers and farmers on their lands do.

This would help ensure that they provide these workers and farmers with the manpower, tools and fertiliser they need, instead of resorting to burning.

And let them face the full brunt of the law – or even worse, the wrath of a people wronged.