Of notable concern, given the company’s shift in focus to software and services, was its Global Technology Services division reporting a pre-tax income decrease of 11% and pre-tax margin decrease of 17.7%.

The division also saw pre-tax income fall 15% and margins decreasing to 17.5%. In addition, the estimated services backlog was US$128 billion, down 7% year-on-year (YoY).

IBM’s Software division reported revenue was down 2% to US$5.7 billion, compared with the same quarter a year ago. The division’s pre-tax income decreased 3% and pre-tax margin decreased to 35.5%.

The company also reported US$513 million in operating systems revenue, down 11% YoY; its middleware products fared slightly better, only reporting a 1% decrease to US$3.7 billion for the quarter.

During an earnings call, IBM chief executive officer (CEO) Ginni Rometty said the company is not going to hit US$20 earnings per share (EPS) in 2015, as promised by her predecessor Sam Palmisano.

However Business Insider’s Julie Bort noted that the admission could be seen as a positive step, allowing Rometty the freedom to steer Big Blue in her own direction.

“She’s no longer jumping through hoops to meet an arbitrary EPS number selected by the previous CEO, from a tactic that made sense in 2007.

“She is now free to run this company, and implement her own ideas and strategy to start growing revenue, such as the agreement with Apple,” Bort wrote.

It was also not all bad news, with an 8% increase in business analytics revenue over the same period last year, and an increase of over 50% in cloud business revenue for the year to date.

Cloud-as-a-Service alone saw an 80% increase over the same period as well, and exited the quarter at an annual run rate of US$3.1 billion.

IBM’s mobile revenue more than doubled over the same period a year ago and its security revenue saw an over 20% increase, marking the eighth consecutive quarter of double-digit growth.

And IBM has yet to reap the potential monetary rewards of the Watson computing system, while it is positioning itself for the dawn of what it calls the ‘era of cognitive computing.’

Building an ecosystem around Watson 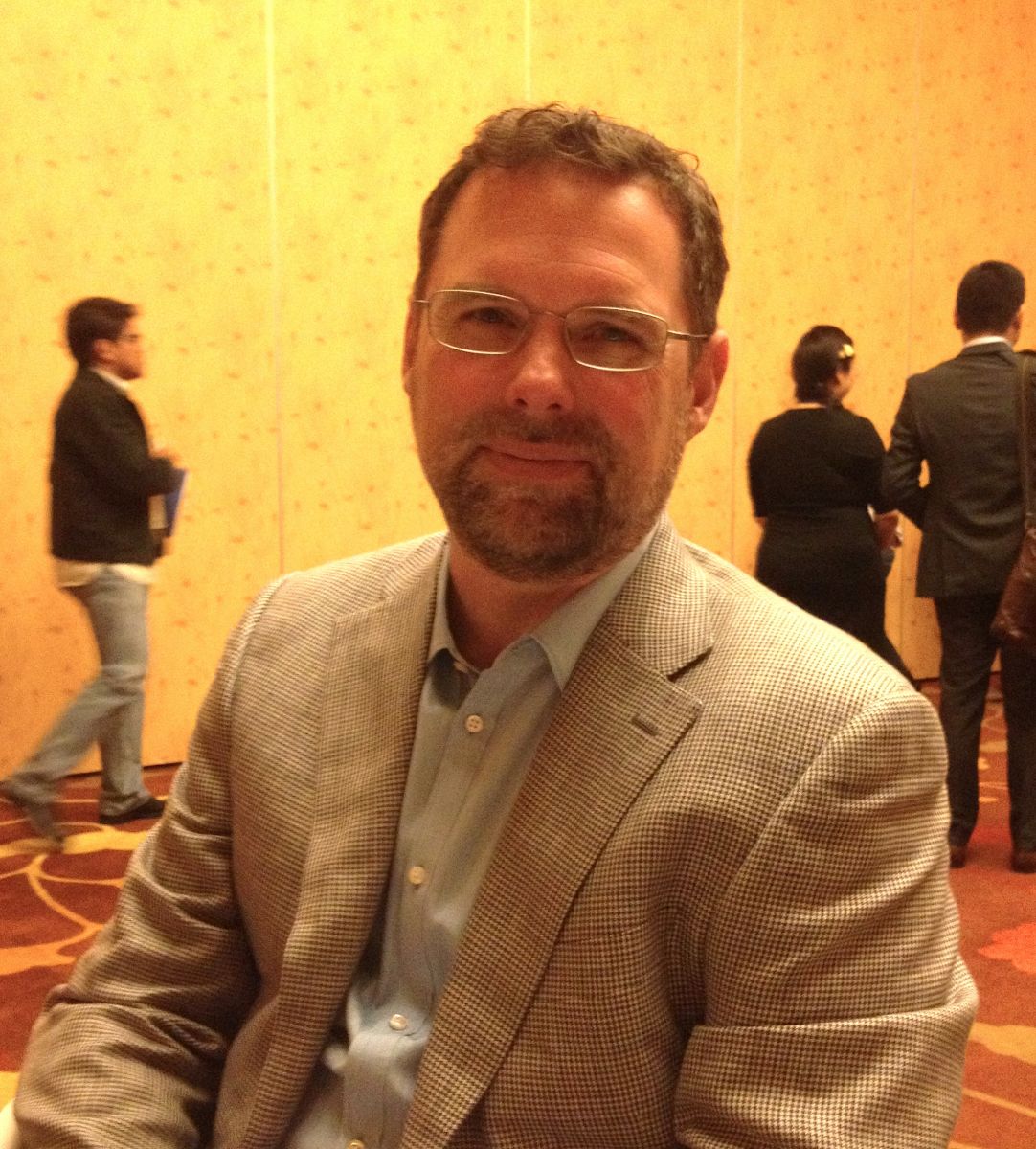 John Wolpert, product manager for IBM’s Watson Ecosystem, pointed out that the creation of the Watson Group is the first time the company has created a new unit since 1992, when the Global Technology Services division was formed.

It is a significant move, given that the company did not do the same with Deep Blue back in 1997, he told Digital News Asia (DNA) during the IBM Xcite conference, which took place at Marina Bay Sands in Singapore from Oct 13-15.

Deep Blue was IBM's chess-playing computer, which with human intervention between games, won a second six-game match against world champion Garry Kasparov, two to one, with three draws.

“The funny thing is that Deep Blue was one of those grand challenges or moonshot projects. But we didn’t make a division out of it; we didn’t commit the single largest movement of research resources in the company’s history, but we did it for Watson.

“We did it because it constituted this shift from procedural computing, where every program essentially did five things, to today where it is about probabilistic, non-determining systems that you teach and don’t program.

“That was such a profound shift that we thought that it was deserving of a major pivot for the company,” he said.

In fact, the company remains fully committed to furthering the possibilities, with Wolpert pointing out that with the approximately US$5-6 billion spent on research and development at IBM annually, a "sizable percentage" is devoted to cognitive computing.

In tandem with IBM’s efforts to make its products more accessible and to position itself as a technology platform, the company is cultivating an ecosystem of startups and companies whose products use its technology.

In the 10 months since the establishment of the Watson Group, of the US$1 billion investment commitment from the parent company, US$100 million has been set aside for venture investment in companies it hopes will populate that ecosystem.

Wolpert said that the global ecosystem team was growing rapidly, with a 1,000 headcount and still growing. 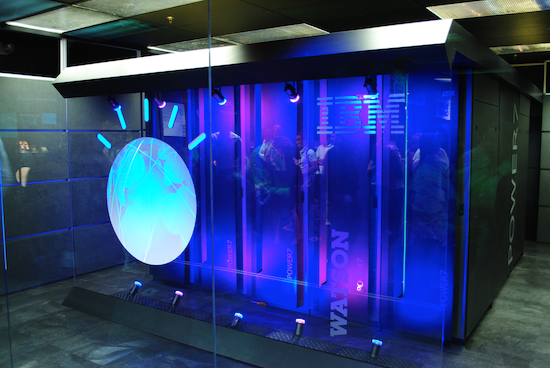 Wolpert is on the frontlines of the company’s aggressive push to win over startups to its Bluemix application development platform.

He said that many of the companies IBM is speaking to are at the Series A or B stage of their growth cycle.

“These companies are moving so fast and have no time to waste, and that puts an enormous amount of pressure on the Watson Ecosystem team. We have built this team so fast and they are performing so well,” he declared.

Within the Ecosystem division, there is a group that brings partners on board; one that handles them all the way to commercial release; another for technical requirements; and a recently established product management team.

“In a way, building an ecosystem is about bundling a platform, product and service all into one. It is a platform for other people’s products and a service to those products. We have 100 companies already on board and growing very quickly; that number changes every day,” he said.

Wolpert said that since the company released the application programming interface (API) for Watson’s question-answer system late last year – the same system that powered Watson’s television debut on Jeopardy! in 2011 – seven new services can now be accessed in beta by developers.

There are also another 50 services in the pipeline coming into the Watson ecosystem via the Bluemix platform.

Wolpert said that some of the most common requests from the developer community include user modelling tools, ways to get their data and information ingested into Watson quicker, and tools for better managing and training Watson.

“That’s the journey every day. That’s essentially my job, to reach out to developers and ask the ‘What do you need to build your company on cognitive computing?',” he said.

Asked about what would qualify a startup for partner status with IBM, Wolpert said that it had to be a partnership that works for both sides, beginning with a conversation to understand the use case and how it matches up with what cognitive computing can do today – which can be a challenge given the nascent nature of the technology and its potential.

“We definitely want more of the right companies approaching us, in particular companies that come with interesting content. Watson is about big data, but 80% of big data is unstructured and much of it is language.

“We like to say that Watson is about big language and where you see language, you’ll see Watson. Look at what we are doing today, especially in the field of medicine, helping ingest and intelligently make sense of large amounts of medical literature which doctors need to keep up to date and stay current. There’s a lot text, more than you could read,” he said.

“Watson essentially wants to be in business with you. This is not about getting access to APIs – of course you get those – but for full-on partners, those we bring on board, are tended to like our own. We learn their stories and pitch them to venture firms and really stand up for them,” he claimed.

“We’re essentially betting on their success, and that’s a brand new business model for us. We’ve never done this before. I’ve never seen this in my time at IBM, where the message is: ‘You can get on the ecosystem almost for free, and we don’t make money until you do.’” he added.

For more information about the Watson Ecosystem, click here.