Data centre future: It’s about management and the core

IF there was one finding from the Data Center 2025: Exploring the Possibilities report released by Emerson Network Power that surprised Tony Gaunt, it would be that the average data centre power density is projected to reach 52kW/ rack in 2025.

The director of Internet Data Centres (Asia) for Emerson noted that the industry average has stood at 7kW/rack for the last 1 0 years.

“I’m intrigued by what the industry believes will occur by 2025. What technology is going to arrive that’s going to drive that?

“We do know of some organisations and tech centres that are going at about 20-30kW/rack. But will you see 60kW/rack at a co-location space? I think that’s very unlikely.

“Would you see that at a research or government facility, with small volumes of racks? Quite possibly, but as a market average, I’m not sure about that,” he told Digital News Asia (DNA) on the sidelines of the Cloud Expo Asia event which took place in Singapore from Oct 28-29.

While the future of the data centre industry has yet to be determined, Gaunt feels that it is nonetheless an exciting time to be in the space, as data becomes ever more central to everyday life.

“We’ve gone beyond data centres being about big business, or transactions online; we’re now down to you and I as individuals.

“People ask me ‘What do you do?’ Well we keep things working, we keep things operational, we’re at the core of the infrastructure at Emerson, and it’s a pretty exciting place to be,” he added. “We know they’re here, they’re focused and know what they need to do to in this region. It’s a pretty exciting place to be right now,” he said.

When it comes to the data centre industry in South-East Asia however, with the exception of Singapore, unique challenges still face local players – especially in markets such as Malaysia and Indonesia.

“Getting traction from international organisations is one, and this is a challenge that industry players have acknowledged they’re facing,” he added.

Gaunt said that the questions centre on the issue of whether it’s a realistic challenge in terms of ‘why aren’t they serving the international community?’

It’s not a case of markets like Malaysia or Indonesia not having an adequate data centre industry in place, he said, as the fact was the industry in those countries has been active for as long as Singapore’s has.

“Because they do have extremely well-operated data centres in all of these countries, with strong domestics markets in terms of data requirements and talent. All have the competency and capabilities to serve international customers,” he added.

Gaunt admitted that Singapore’s dominance as the preferred destination for many multinationals is due to familiarity and its reputation as a ‘safe harbour.’

“In many ways, Singapore is the easy choice for multinationals, which is great for Singapore but [is it] fair to other markets in the region? Probably not,” he said.

Breaking out of serving only a domestic market is a problem that Gaunt admits there is no real easy answer to.

“Looking at the target audience of multinationals which continue to do what they’ve always done, it comes down to how these countries as an overall economy can attract foreign business in – that’s the difficulty and some markets like Malaysia are already trying to address this,” he said.

That being said, there could be an upcoming opportunity for South-East Asia’s data centre industry, thanks to growing attention on the issue of data sovereignty.

The developing mandate by many governments for sensitive data to be retained within national boundaries means that local providers have more opportunities with serving local organisations and institutions.

“So for example, major banking institutions will have to retain their data in-country, and there’s less opportunity to take it off-shore.

“For major cloud providers however, it might run contrary to how they are set up and [this means] that they will have to open up more regional clusters rather than just one Asia cluster.

“This will mean more investment and they will have to see a return on that investment – this will certainly be a topic that’ll be coming up more often in the coming months,” Gaunt added.

According to the Data Center 2025 study, improvements in data centre management may prove to be the industry’s ‘silver bullet,’ enabling a proactive response to the challenges of availability, scalability and efficiency.

It noted that data centre infrastructure management (DCIM) vendors “have apparently been effective at getting their message across,” as this is one area where survey participants expect significant progress, with only 3% feeling that management technologies will be the same in the future as today.

One quarter of participants expects data centre management systems to deliver the control required for self-optimisation, while 43% expect the industry to move all the way to self-healing, providing a level of automation and control that will enable an unmanned data centre.

Twenty-nine percent of participants expect at least full visibility across all data centre layers and systems to be achieved by 2025 (see chart below). The report further stated that this seems like “a relatively modest outcome” based on the state of DCIM today.

“In one respect, it’s actually a little surprising that the industry has come this far without visibility across systems and layers.

“If you accept the axiom that you can’t control what you can’t see, data centre managers have been essentially flying blind for years,” the report added.

The above doesn’t come as too much of a surprise to Gaunt who noted that DCIM is a complex subject and the key issue with it is that many customers and operators still don’t understand exactly what they want to get out of it, or how they see it assisting their business.

He shared that part of the work done at Emerson involves talking people through what their perception of DCIM is. The process goes through a number of steps centred on key questions:

Gaunt said that it is very easy for people to think of DCIM as a series of huge expensive applications and management tools.

“But sometimes you have to pare it down to what you actually want to do as business and why you would consider implementing it.

“Because you now have this complexity in the data centre from issues like cable management to the cloud – one minute you can have a server or rack with a low load, and the next minute it’s high,” he said.

Gaunt also noted that the streamlining of app development, straight to the cloud with deployment taking minutes instead of months, is also changing the space quite drastically.

“You could have an app here in Singapore, which could be transferred to Indonesia or Japan or come back to Singapore again. So, it becomes about how we manage all that, understand and automate that process – DCIM can help you manage that process and cater for it,” he declared.

Gaunt is loath to describe it as such because it is such a cliché, but did say: “DCIM is a journey, and one that the business has to go through.” 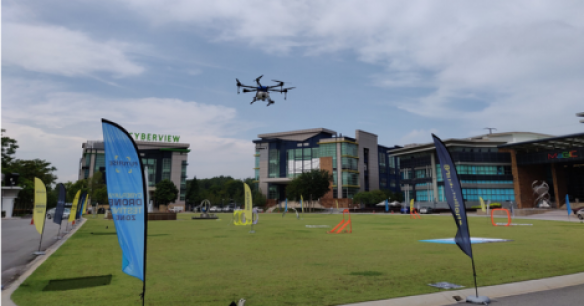