BOSCH, a global supplier of technology and services, achieved sales of €132 million in Malaysia in 2012, up 8% from the €122 million the previous year.

Despite the challenging global economic situation, Bosch projects a positive outlook for 2013 with continued growth and the expansion of its footprint in Malaysia, the company said in a statement.

Currently, 44% of Bosch’s more than 5,500 associates in South-East Asia are located in Malaysia. The country will continue to be the stronghold for Bosch in housing the most sizeable pool of its workforce in this region. It also expects a continued steady growth in headcount over the coming years.

Sales revenue across the various business divisions developed positively, with the Thermotechnology division posting the highest increase of nearly 40% due to key projects in the food and beverages industry.

“We are maintaining a steady momentum in Malaysia and intend to make further inroads into other markets such as Kelantan and Johor Baru, as well as beyond the peninsular into Sabah and Sarawak,” said Hayes.

“We expect to progressively expand our footprint in line with the rising affluence of Malaysia and its increasing demand for cutting-edge technologies in everyday life,” he added.

Bosch will be introducing its latest line-up of web-based surveillance cameras designed for high performance under extreme low-light conditions, as well as a series of automotive spare parts for local and Asian-made passenger cars within this year.

The Automotive Aftermarket division will expand its distribution network to enhance the availability of products such as spark plugs, wipers, batteries and other spare parts to customers. Partnering local workshops across the country, motorists will be able to access Bosch’s high quality and reliable products, installed by their trusted workshop, the company said.

“Malaysia is well-entrenched to be a key growth market in South-East Asia. The country is undergoing further industrialisation and rapidly expanding its infrastructure to be increasingly competitive, regionally and globally,” Hayes added.

Bosch closed its 2012 fiscal year with €702 million in sales in South-East Asia, an increase of almost 30%. Amidst rapid growth within the region, the company also saw an overall healthy increase of some 9% in manpower for the region.

In Asia Pacific, Bosch increased its sales by 5.6% to some €12.6 billion. Sales in the Chinese and Indian economies developed less dynamically in 2012 than in previous years. To reach its long-term target of generating 30% share of its sales in Asia Pacific, the company invested some €780 million here last year, on par with the previous year.

Headcount, adjusted to match the company’s business development over the course of the past year, rose only slightly by 3,400 to 305,900. In total, Bosch invested some €8 billion in the company’s future in 2012: €4.8 billion for research and development and €3.2 billion in capital expenditure.

For 2013, Bosch expects global sales growth of 2%-4%, with measures to improve result that were started in 2012 – such as limits on fixed costs, capital expenditure and company acquisitions – to be continued.

The supplier of technology and services will also continue to pursue the main lines of its strategy, with systems for environmental protection, energy efficiency and safety.

Bosch believes that there is huge energy efficiency potential, as well as sales potential, in modernising the power supply, energy management and insulation of buildings. In January, Bosch brought together the areas of its business that deal with this to form a fourth business sector, Energy and Building Technology. This new business sector generated sales of €5 billion in 2012.

The company also expects sales growth to come from innovative and beneficial products, web-based business models and the further expansion of its international presence.

At the company’s recent annual press conference in Germany, Dr Volkmar Denner, chairman of the Bosch Board of Management, said: “Bosch’s broad footprint has never been as valuable as in the age of connected life.” 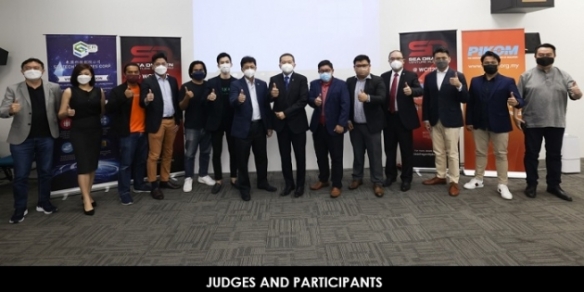