BMC Software gears up in pursuit of APAC opportunity JUST one year into BMC Software’s journey as a re-privatised entity, Asia Pacific has emerged as a key area of focus in its overall strategy.

In an email interview with Digital News Asia (DNA), BMC Software Asia Pacific president Gavin Selkirk called the acceleration of growth in the region “a primary objective” for the company.

“We now have a laser-focus on this region and our customers and partners will soon be feeling that.

“We are becoming even more nimble in the way we serve customers – even in choosing office locations – so we are now very reachable in South-East Asia through Singapore,” he said.

Selkirk said that the company, which specialises in in business service management software, is also looking to beef up its ranks. It is currently recruiting for a number of senior roles, which will be largely based in Singapore and Sydney.

“We are reinforcing BMC’s management bench in this region because we are accelerating our pursuit of a very significant opportunity,” he said.

Selkirk himself joined the company in August, having previously been chief executive officer of Fujitsu Asia, a position he held for three years.

“Asia is leading in mobility; there are even some mobile-first countries that were not trained in legacy thinking in this region. Disruption is being caused by the consumerisation of IT and the impact of technology on the way governments deliver services to citizens.

“We certainly see that in Singapore, which is a great thought leader, as well as in other countries in Asia that are embracing e-government as a transformative opportunity.

“Ideally, what we are proposing is making complexity manageable and making IT as intuitive to your average user as [much as] possible,” he said.

Selkirk said that priority investment markets for BMC over the next few years “will definitely be South-East Asia, India and South Korea,” but that does not preclude the company investing elsewhere in the region as well.

This significant commitment to the region could be seen as tied to the freedom granted to the company post-privatisation, similar to the benefits declared by Dell in its own privatisation path.

Selkirk noted that being a private company gives BMC the flexibility to do things which were difficult, if not impossible, as a public listed company.

“We were able to increase our investment in research and development by US$120 million this year, move from a licensing model to a more cloud-friendly subscription model, and appoint leaders across all portfolios to spearhead innovation.

“We also took the opportunity to transform ourselves, embracing mobility in the process. This transformation journey mirrors what many of our customers are going through, and places us in a unique position.

“We recognise what businesses want – technology that is faster, better and more intuitive – and aim to achieve this with our new product portfolio,” he said. 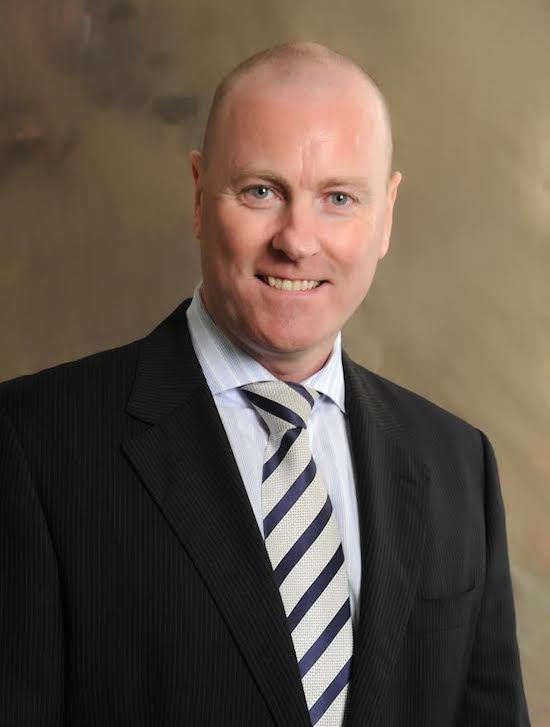 In October, BMC added advanced analytics capabilities to its suite of IT operations management software, while at the same time revamping its Remedy service desk software as part of a broader mission to update its portfolio of offerings.

According to Selkirk (pic), BMC Remedy with Smart IT delivers a modern service management experience, enabling a more knowledgeable and collaborative workforce organised around IT roles, not modules.

It allows service desk teams access to all relevant information in a single window for a 360-degree view of the customer, service history and related incidents, while enabling IT to crowdsource experts, and requesters to enable real-time knowledge sharing and collaboration.

Pointing to client Vodafone, which has deployed BMC’s MyIT solution to 150,000 employees, Selkirk said the company has reduced calls to the service desk by 90%, and employees are using it to book services such as facilities or technology support.

“They are taking a genius bar approach, where employees with context- and location-aware apps can book an appointment with an IT professional at their location.

“This has led to huge cost savings with fewer calls to the service desk, as well as improvements in employee satisfaction, which is way off the charts.

“It’s an example of how the power of cloud, mobile and social has transformed the engagement between business and IT,” Selkirk declared.

The company also created a series of Smartflow Solutions that combine various BMC Software products into frameworks intended to make it possible to more easily manage IT at scale, while providing access to Automation Passport, a compilation of reference guides and best practices for automating IT operations.

Selkirk noted that organisations rely heavily on analytics to get information and insights that drive decisions. At the same time, chief information officers (CIOs) today also want a deeper understanding of what’s happening in their IT environments.

“We play a big role in analytics, and you will see us increasingly helping CIOs to use IT data in a much more meaningful way to make more effective, informed decisions.

“Our solutions aim to make it easier for customers to use IT. One of our new solutions, MyIT, has over a million users,” he said.

Selkirk said that talk about big data, social media, and mobility essentially all boil down to one incredibly complex infrastructure environment to manage.

“We are advocating approaching automation in a whole new way, particularly in a hybrid environment where you may be running a hybrid cloud or a mix of legacy infrastructure.

“By putting in place a set of real-time analytics tools to help manage that environment as a factory and not as individual processes, these tools will automate and optimise the infrastructure and workflows,” he said.

According to Selkirk, more data, larger environments and more processes cannot be scaled efficiently by humans, making effective automation in an IT environment critically important.

This then gives CIOs and chief executive officers (CEOs) the opportunity to better utilise the resource and cash savings that automation has freed up for them.

“I met with a customer in the telecoms space recently who made great savings because of efficiencies resulting from our automation of his organisation’s backend systems. The telco concerned then invested money saved in increasing headcount to grow the business.

“That is a prime example of transforming greater IT efficiency into funds for business investment,” he argued.

Selkirk said that it is clear that the rapid rate of digitisation is introducing new kinds of technology to the workplace at an astonishing pace. Some of these new technologies, coupled with rapidly evolving business models and working practices, are resulting in a direct impact on enterprises.

“Many see this as a chance for digital transformation but are constrained by their legacy IT. Enterprises need to manage what amounted to ‘bimodal’ IT, where they innovate at the edges but still operate core legacy systems.

“The challenge is for the business to be able to industrialise the back-end and make it scale, and this is an issue that affects enterprises in more developed parts of Asia, which have a stronger reliance on hardware,” he said.

Selkirk pointed to Google’s recent Consumer Barometer, which showed that Asia's dependence on mobile devices is growing, underlined by the many Asian countries such as Malaysia and Vietnam, where smartphones are the only connected device owned by more than 24% of the population.

“A mobile-first approach is thus necessary when enterprises think about digital transformation. This is in relation not only to working on-the-go, but to security and user interfaces as well.

“More thought has to go into deciding on an IT solution to serve the needs of a mobile Asia. It also puts a new spin on availability and performance – in a mobile-first world, apps need to work fast and they can never fail,” he said.

According to Selkirk, IT has played a much bigger role over the last decade, because it is increasingly integral to a business, so the roles and responsibilities of CIOs today have expanded.

“CEOs and other business department heads are also paying more attention to IT and have a say in any IT change.

“In a rapidly ageing Asia, long-serving staff members may not be open to change, resulting in integration challenges,” he said.

Asked about what would be dominating industry discussions in the coming year, Selkirk said that the upending of traditional IT strategy and operating models is having “a profound effect” on customers, which need to make sense of delivering IT services in a world where everything they do is on show and mission-critical.