THE incoming CEO of software giant VMware has wowed not to allow his company to become “arrogant” in the industry during his tenure in charge of the virtualization and cloud player. Just two days shy of his accession to the CEO role at VMware, Pat Gelsinger (pic) said that in his experience, many companies often develop “an arrogance” in the business after being successful at the top.

“As the CEO, I’m uniquely responsible for the culture of the company,” he told the media at the company’s Asia Pacific media briefing session here Wednesday (Aug 29). “What I’ve seen in my 30-plus years is that very successful companies often develop an arrogance to them.

“I hope that VMware never becomes such a company [but instead] be manically focused on satisfying customers, partnering customers within the ecosystem and that we not only do the right things but also in the right way.”

Asked what he would like his personal imprint to be like as the CEO, the 53-year-old outgoing president and COO of EMC noted that it was too early to give too much of a definitive answer as he was only just stepping into that role.

“I’m actually T-minus two days from taking over,” he quipped.

That said, Gelsinger was quick to highlight that his role as the next CEO would not be that fundamentally different from his predecessor, as he will not change the strategy that has been set by Paul Maritz, who is due to transition to the role of chief strategist in VMware’s parent company, storage giant EMC.

Gelsinger noted that he will continue to “refine and accelerate” VMware’s vision of the Software-defined Data Center (SDC), which he believed is a very broad and bold vision.

“While the [newly launched] vCloud suite is a good first step, it’s [nonetheless just] baby steps in a long journey, he pointed out. “I would hope that as we look at my tenure in VMware, it would be about the execution of that vision, moving from baby steps to becoming something significant.”

Gelsinger said he felt the transition [from Maritz to him] was smooth and that the company is performing well. Likening VMware to an adolescent that was growing up too quickly, Gelsinger noted that what the company needs is to have more operational scale because it is now a large company.

“It’s important to bring more operational discipline to our strategy and this includes areas like engineering and global operations, as well as sales and support,” he said. “These are the things that I would be focusing on in addition to delivering a strategy and plan to fully execute a bold and broad SDC vision, as well as to deliver the next generation mobile social and end user capabilities to our customers.”

Gelsinger also set a lofty target for VMware to achieve during his tenure in charge, saying that he wanted the company to be a technology icon much like how Apple is an icon in the consumer electronics space.

“I hope to also have a long and consistent perspective of innovation going forward and to see the company become one of the truly great global IT companies of the world.”

David Johnson senior analyst, desktop, mobile infrastructure & operations, Forrester Research, noted that Gelsinger would need to strictly stay the course and ensure that VMware is able to execute on its vision of the SDC.

"They must not lose in the SDC and this has got to be priority number one [for him]," he pointed out. "This is because the SDC is core to its business and overall opportunity  and they will have to do this well to remain relevant in the business.

"Also, its end user computing proposition is important as this is a company that has historical foundation all the way back with wokforce computing products such as the Workstation 1.0."

Johnson added that given the rate of the bring your own (BYO) trend doubling between now and 2016, VMware has a great opportunity to take advantage because virtualization is about the only way that companies are going to be able to support a variety of employee-owned devices without giving up manageability and security. 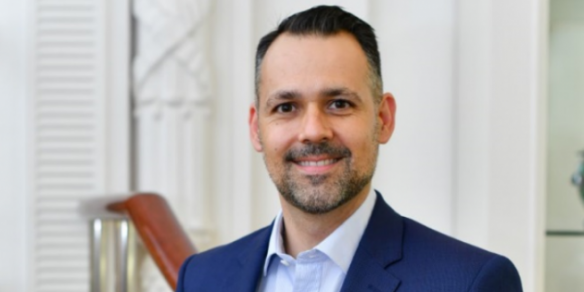