TIME lets its numbers do the talking 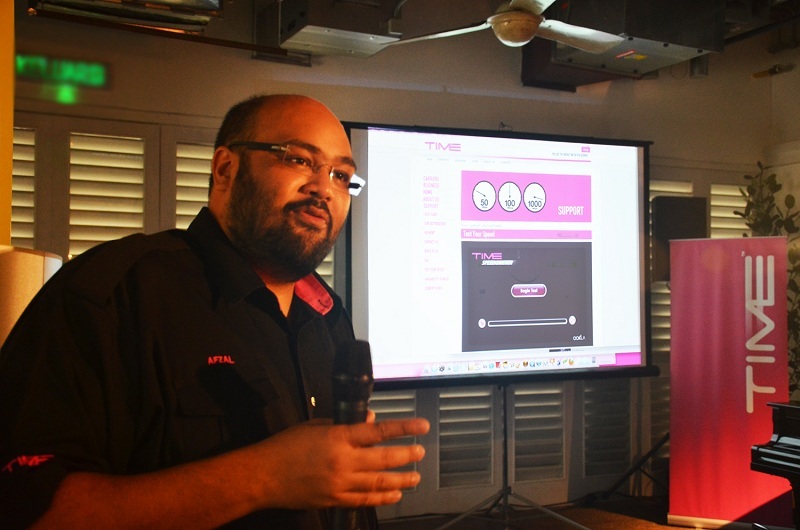 The product was a RM179 (US$58) per month broadband service with zero entry cost, no rental fees and no equipment deposits. It offered speeds of 100Mbps, leading Afzal to claim that his company was now the broadband speed king in Malaysia.

This time around he was not as bombastic. He could let the numbers do the talking. TIME posted a record RM419.1 million in revenue for its financial year ending Dec 31 2012, a 34% increase from the RM313.9 million recorded in the same period a year ago.

Its performance was driven by new revenue streams contributed by regional bandwidth sales, the data center business, and continuous growth of its domestic fixed-line business.

Bandwidth and data center revenue was boosted by the inclusion of revenue from the AIMS Group and Global Transit companies. The acquisitions contributed 16% and 24% in new revenues and operating profit respectively to TIME.

The acquisitions also allow TIME to offer customers a more complete suite of offerings ranging from data to connectivity to co-location, disaster recovery and data centers. Global Transit is already helping it sell more connectivity through the 10% ownership of the Unity cable that runs to the United States through Japan. TIME sold 240GB of bandwidth last year as opposed to the 110GB to 150GB in previous years.

Surprisingly, while some of the increase is from the expected bandwidth demands from businesses located in Asia and the United States connecting with each other, Afzal seems to think that most of it is from “pent-up Internet traffic.”

What this means is that as TIME’s fiber and home pass network gets wider, it becomes cheaper for it to connect new customers. For instance, the average distance to lay fiber to a customer last year was 750 meters but this year it has come down to 500 meters as the network is closer to the customer.

“So, that’s where the savings, the margins are coming from. We are taking advantage of the efficiencies we have and sweating our assets,” Afzal said.

He is planning to hold on to the title of the broadband speed king of Malaysia. Asked why this was important, he said: “Because those are our brand values and what we believe in and what gets us customers.”

So expect TIME to keep pushing the boundaries of how much bandwidth it can offer customers as Afzal intends to “always be at the front of the bandwidth curve.” It currently has120,000 premises passed, which consist of both businesses and homes.

The coming rollout of LTE (Long-Term Evolution) services in the country is also going to provide a boost to providers of fiber such as TIME and Telekom Malaysia Bhd.

“We are going to enjoy a bit more business from the mobile operators, especially Celcom and DiGi, as LTE encourages operators to pull fiber directly to the base station.”

Maxis is apparently pretty self-sufficient in the fiber area. However, there will be an indirect catalyst from Maxis to TIME this year as the mobile player gets ready to launch its IPTV offerings via Astro.

“Marketing activity from Astro will pick up because of this launch with Maxis, and hopefully we too will be able to see a pick-up in adoption of Astro B.yond service for us,” he said.

Afzal was referring to the strategic tie-up Astro has with TIME where the latter helps wire up condominiums to allows customers to get Astro’s B.yond content via IPTV. Pressed to share the number of customers signed up for the B.yond service, Afzal declined. “Astro is very strict about that,” he said.

Beyond organic growth, TIME is not actively looking at any acquisitions but, “if anything comes along, we will be happy to look at it.”