WEB hosting and cloud service providers serving the small- and medium-sized business (SMB) sectors are well primed to take advantage of the diversity created by the cloud computing era, according to cloud services enablement player Parallels.

Speaking at its Asia Pacific Summit in Singapore today (Sept 21), Birger Steen, CEO of Parallels, noted that today’s SMBs have begun to take advantage of cloud computing, and this means that there are great opportunities for service providers serving this market.

“The best time for a SMB to buy a server is… never,” he told the Parallels’ Summit participants in his keynote address.

Parallels defines SMB as organizations with the number of employees between one and 250. Attended by over 300 partners and developers, the Parallels Summit -- being held in the island-state from Sept 21-22 -- is the software player's yearly conference for the Asia Pacific region. Steen (pic) said because cloud computing has taken hold in the world and that SMBs would rather outsource their IT needs to service providers, “there is a Blue Ocean opportunity” for those serving this market.

Noting that the world has about 150 million SMBs globally, Steen estimated that there is approximately a US$1 trillion opportunity in this market space alone.

“You can have a legal firm, a construction company, and a medical lab operating in the same location next to each other or in different parts of the world but all of them will have different IT needs.

“The chances that [just] one service or cloud provider is going to adequately serve [all] those three SMB customers are very low,” he pointed out.

Steen was optimistic about the opportunities despite the fact that large cloud players such as in the likes of Amazon and Google, as well as traditional IT shops like Microsoft are also competing in the same space.

He noted that SMBs today have all the sophistication in their ability to acquire and consume IT and at the same time have all the need of an enterprise.

“Depending on where they are, how big they are, and what particular needs they have, their IT needs is are going to be fundamentally different [from each other].

“I’m going to tell you that this good for you as service providers because this guarantees the long term diversity in the ecosystem.”

Citing a survey conducted by Parallels, Steen noted that the size of the current Asia Pacific SMB market for major cloud services including hosted infrastructure, web presence, hosted communication and collaboration, and business applications stood at US$7.6 billion, a figure that expected to grow to US$19.8 billion by 2015.

According to Sandra Ng, group vice president for IDC Asia/Pacific, web hosting and cloud service providers should exploit opportunities by partnering telco players in order to grow their revenue and market share. 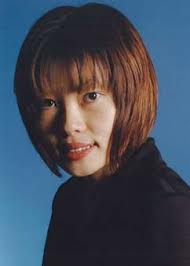 Ng (pic) noted that in the past, telcos have been extremely difficult when dealing with hosting providers but today, many of them have begun to realize that this cannot be the case any longer and that they are a lot more opened to partnership from hosting players because of the changing cloud landscape.

“Most telcos’ – be they regional or local – core [strengths] remain in the hosting service as majority of them would like to own their own data centers,” she said in her keynote address at the Summit.

The IDC analyst said that while these large telcos’ ambitions are to get into managed ICT services, online and e-commerce sector, they’re not particularly strong in some areas, which independent and third party web hosting and cloud service providers are better at.

The areas include professional services, IT helpdesk and self serve, business processes, direct IT selling skills, and consumer content strategy, she added.

“Telcos face quite a number of challenges and these are some of the areas where there exist opportunities for web and [independent] cloud service providers to partner them in order that they may get a bigger voice on the negotiation table.”

Ng also advised that for web hosting and cloud service providers to be successful, they must continue to find partners that can help them scale and diversify their business.

“The only way to make money in the cloud services market is to scale and diversify,” she explained. “If you can’t, you will fail.”

Other factors that must be taken into consideration are go-to-market collaboration, dealing with margin management, delivery governance, and accurate market messaging with partners, she said.

“Identify your core skills, and keep evolving these skills,” the analyst said. “Also, continue to deepen value and deliver that well to your customers.”