ATTENDING the quarterly results briefing of listed companies can be interesting. Journalists can shoot questions at the CEO and CFO regarding the financial and operational performance of the company, and on any rumors on mergers and acquisitions.

Sometimes, the executives get excited and will give out new information that was not revealed before.

While Telekom Malaysia Bhd (TM) group chief executive officer Datuk Sri Zamzamzairani Mohd Isa, did not get asked about any acquisition rumors at last week’s Q4 results announcement and subsequent press conference, he did share a snippet of information that was new -- how TM’s IPTV service HyppTV was doing (click chart to enlarge).

While a TM executive explained that the revenue is categorized as “content revenue,” we can safely assume almost all of it came from UniFi consumers paying extra for HyppTV content. Astro must be watching this development closely. UniFi is TM’s high-speed broadband (HSBB) service.

While YouTube is the most popular channel on HyppTV, it will be interesting to know which are the most popular local and foreign shows. The heavy preference for foreign content among Malaysian netizens, particularly in English language, places a heavy burden on TM having to constantly buy more international bandwidth. Despite setting up mirror sites in Malaysia for popular Internet traffic, TM currently has 300GB of international capacity.

Meanwhile its IT- Business Process Outsourcing (BPO) business, via VADS Bhd, is expected to get a bump from the completion of its first private international submarine cable system, Cahaya Malaysia.

Offering high speed, ultra-low latency connections between Malaysia Japan and Hong Kong, this link will benefit its growing IT and BPO footprint outside Malaysia and to Malaysia’s aspiration to become a regional data center hub by 2015. It will also lower TM’s cost to connect with Japan and Hong Kong, and that will translate into better margins for the company.

However, there is no clear visibility of how VADS is doing as TM has lumped it under the “Others” category together with its Multimedia University and project work for customers.

In the following Q&A with Zamzamzairani (pic), more popularly known as ‘Zam,’ Digital News Asia (DNA) posed a number of questions to get a better picture of some of TM’s operational elements.

DNA: Can you provide a breakdown of Streamyx (TM’s broadband offering) customers and their packages?

Zam: I’m unable to divulge details on the number of customers for each package, but suffice to say that 70% of our customers are on the 1Mbps and above packages.

DNA: How have you managed to slow the decline in your voice traffic? Do you count UniFi customers under voice?

Zam: The decline in domestic voice is mitigated by stronger growth in wholesale bilateral minutes. Yes, we do include the voice portion in UniFi under voice revenue.

DNA: Since you say your first private international submarine cable system, Cahaya Malaysia, helps reduce your own costs in connecting to Japan, will it also boost margins for you when serving customers?

Zam: I’m unable to disclose this but suffice to say that Cahaya Malaysia enhances TM’s reliable global network services by boosting the capacity and strengthening the company’s ability to provide Malaysia with better regional reach and seamless interconnections, providing a faster and resilient Internet connection for users.

Zam: Content revenue grew by RM80 million in 2012 as compared to 2011, due to the higher customer base and higher purchase of content by our customers due to the diversity of content on HyppTV.

DNA: From 2013, your fiber rollout will be demand-driven. What kind of demand will trigger you to roll out to an area and how will you decide between fiber or upgrading the copper?

Zam: There are a few factors to look at, for example, a minimum rate of return that needs to be met before we decide to roll out to new areas or whether it should be fiber or copper.

Location is also a consideration; whether it is within our HSBB exchange areas or otherwise. This is why we adopt approaches like smart partnerships with property developers, and collaborations with key industry associations.

Zam: VADS revenue is not in the ‘Data’ category but ‘Others’. Growth in data is contributed by higher demand and additional installations for businesses, primarily retail.

DNA: How far are you into your journey to migrate to an all-IP network. How much has been invested so far and how much more investment is needed?

Zam: TM’s existing network has been undergoing a transformation towards an all-IP network since 2009 when all new network deployment had to be IP-compliant. The transformation journey will continue until 2018, where only small percentage of access elements will still be on non-IP infrastructure. 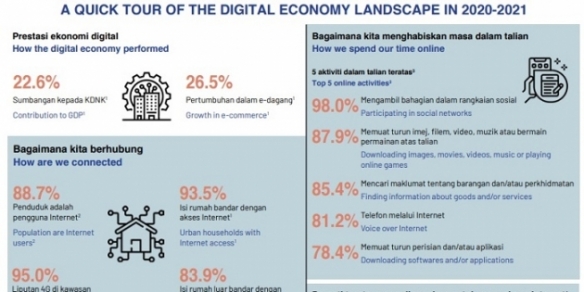