THE first point V.R. Srivatsan (pic), nine months in as the managing director for the Asean (Association of South-East Asian Nations) region for Autodesk Asia Pte Ltd, makes is that the company has never taken its foot off the pedal when it comes to the Malaysian market.

“But it’s true that we’ve been very quiet, too quiet for the last few years; I’m sure that most of you have never attended an Autodesk briefing before,” he tells a group of journalists at a recent briefing in Kuala Lumpur.

The IT industry veteran, with 22 years of experience under his belt including stints helming SAP and Oracle in Malaysia, wants to change all that and drive home Autodesk’s continued leadership position in the industries in which its products are just about standard tools.

“Autodesk enables people to Imagine, Design and Create a better world,” his pitch starts off. “We give people tools to turn their ideas into reality; tools that help people and organizations visualize their ideas and use information to drive the design and creative process.”

Srivatsan notes that after 30 years in the business, Autodesk is now the second-oldest PC software company after Microsoft Corp.

The company has always had a stranglehold on the architecture, engineering and construction (AEC) industry, as well as manufacturing, which Autodesk defines as any company “that makes things,” says Srivatsan. In the last decade and more, it has also made its mark in the media and entertainment (M&E) industry. “The new movie The Avengers (pic) was made using our products, and I think the special effects there speak for themselves. Last year, Hugo won the Oscar for best visual effects, and that movie used our products as well.

“In fact, in the last 17 years, every movie that won the Academy Award for Best Visual Effects used our products,” he claims.

The timing is right for the M&E industry in Malaysia as well, he notes, pointing to the Government’s efforts to boost the creative multimedia sector and the mushrooming of animation and production houses in the country.

“In fact, the first-ever 3D animated movie made in Malaysia, Les’ Copaque’s Geng: The Adventure Begins, was made on Autodesk products,” he says, noting that it set box-office records for a local movie, with ticket sales in excess of RM6 million. [RM1 = US$0.32].

Les' Copaque Production, founded in 2005, is an animation and film production company based in Shah Alam, Malaysia, with MSC Malaysia status.

Regional growth, M’sian surge
In fact, Srivatsan says that the Asean region as a whole has been a very promising one for the company, with every industry segment of Autodesk’s Asean business growing faster than the worldwide average in the 2012 fiscal year, which for the company ended Jan 31, 2012.

“Obviously, there’s a lot of demand for our products here, from businesses of all kinds,” Srivatsan says, adding that customers in Malaysia largely hail from the architecture, engineering services, construction, heavy machinery and oil and gas industries, as well as educational institutes.

The company’s go-to-market strategy has always been channel-centric, he says, adding that it has 90 channel partners in Malaysia, adding to the 400 partners Asean-wide.

“And we consider the public sector as both a customer and a partner, especially in education,” he adds.

“We are working very hard to enable the next-generation, the student community. Under our Education Community initiative, students can download and use our software for free.

“There are four million members in our Education Community worldwide; we have 28,000 members in Malaysia. This community has made 70,000 downloads of our software in Malaysia alone.

“Our Autodesk Training Centers (ATCs) train more than 3,500 students every year in Malaysia alone,” he adds. 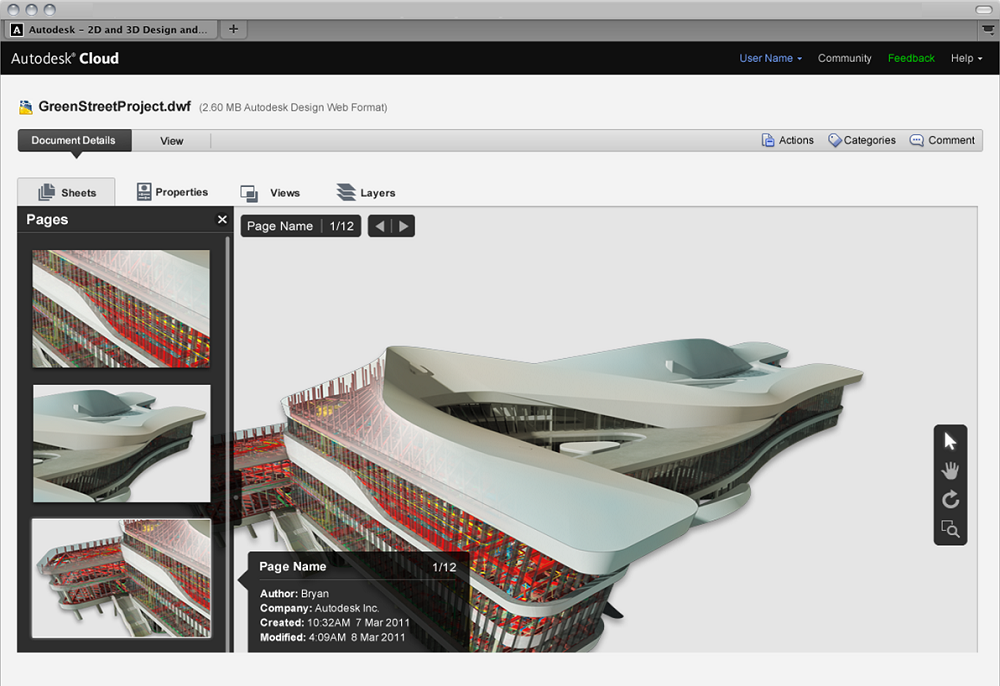 Finally on the cloud
Srivatsan also says that Autodesk recently announced its products for 2013, which will roll out as suites.

“We are now creating suites for the various audiences in these different industries, which covers all the different workflows required for that role,” he says. “The suites will come in three flavors: Standard, Premium and Ultimate.”

“Our products are also moving from the desktop to the cloud and mobile devices,” he adds.

Late last year, the company announced the Autodesk 360 cloud service – a surprising laggardly pace for a company that pioneered developments like 3D walkthroughs in yesteryear.

Srivatsan was however upbeat about the company’s move into cloud services. “It not only provides potentially unlimited computing and modeling capacity to our users, but new levels of coordination and collaboration are now possible.”

“You can push your designs on to the cloud and work on designs with partners anywhere in the world, in real-time” he notes.

Users can also render designs on the cloud. “Since we announced Autodesk 360 several months ago, there have been 200,000 renderings on our cloud, and two million unique visitors,” he claims. Srivatsan doesn’t see the cloud having any adverse effects on Autodesk’s desktop products.

“It’s a synergistic rather than cannibalistic relationship. Technology use has come to the point that if you don’t allow users to access these capabilities though their tablet devices and mobile phones (pic), they are not going to use your products,” he says.

The second is Building Information Modeling (BIM), which enables architects, engineers, builders, and owners to digitally explore a project’s key physical and functional characteristics such as cost, scheduling, and environmental impact – before the project is actually built.

Jeffrey Ling, a director at Architects 61 Sdn Bhd, an Autodesk customer, says that BIM is not just 3D modeling.

“It’s a new approach, and makes architects more efficient and productive – it’s improved efficiency at my firm by 30% at least,” he says.

However, he says that BIM’s ability to model the consequences of changes in design, as well as wear and stress, makes it even more valuable for designing safe buildings as well.

“Not only has BIM adoption been rising globally, many authorities have begun mandating its use,” Ling says.

For instance, the British Government has ruled that by 2016 all buildings are required to use BIM. The Singapore government is mandating BIM for all major construction and development projects.

In Malaysia, the Public Works Department has stated that BIM is one of its key focus areas. The department is taking a leadership role in BIM implementation, realizing the need for industry players to move together cohesively and to build best practices for virtual design and construction, Srivatsan says. 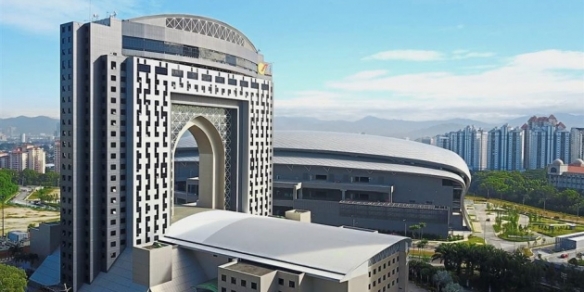