Women’s issues and how technology can save lives: Page 3 of 3 Technology can save lives

While new technologies such as social media can help galvanise people, sometimes it’s the old technologies that are most effective – if they can be reworked, at least.

Laura Stachel (pic), co-founder and executive director of We Care Solar, was an obstetrician who left to work with a hospital in Nigeria, where she saw more delivery complications in her first two weeks there than she had in two decades in the United States.

Part of it was because “women who deliver easily, deliver at home; the ones who come to the hospital have already suffered a severe complication of some kind,” she said.

But there were other issues as well. “Nigeria, like so many other African countries, rations electricity – you only get it 12 hours a day, and you’re never sure when it will hit you.

“People would come to our door bleeding to death, but because there was no electricity, there was no blood bank refrigerator. No lights in the operating room. We had to send so many people back to what I believe was their ultimate death.

“I felt that my skills as an obstetrician were completely useless. I realised that until we address the issue of some of the most basic infrastructure such as electricity, we really didn’t have the power to save lives,” she added.

According to We Care Solar, Stachel wrote to her husband Hal Aronson, a solar energy educator back in Berkeley, California. He designed an off-grid solar electric system and this led to an innovation the company calls the solar suitcase – a solar-power generator that can fit into a suitcase, that can bused in labour rooms and operating theatres, among other uses.

“It was using renewable energy and a technology we’ve had for years, but directing it specifically to maternal healthcare – something that can fit into a suitcase,” said Stachel, adding that the hospital she was working at managed to cut down its maternal mortality rate by 70% within the first year.

“It shows that if we can take the technologies that are already available, and direct them specifically at the most terrible problems we face – sometimes, the problems don’t need very difficult solutions; they just need a little bit of reworking,” she said.

Neelam Bhardwaj, health and nutrition specialist at Unicef Uganda, said hundreds of these solar stations would be deployed in that country.

“The Unicef office there has also developed what we call MobiStations, which contain online content that will be deployed with village health workers, and making use of solar power. We’ll be training women, including the women who’ve been treated, so that they can operate and run these health centres,” she added.

Unicef Uganda has introduced other innovations, Bhardwaj said, such as making available medical information within 48 hours to health workers, and has even converted oil-drums into information kiosks for young children who are out of school. Another woman who was driven to make changes is Deborah Van Dyke (pic), director of the Global Health Media Project, who has worked in the underserved areas of the world for two decades.

“No mother or baby should die just because they lack access to basic knowledge and skills; yet they often do,” she said.

“Sometimes the very basics are missed, like the need to keep the baby warm after birth, giving fluids for diarrhea, recognizing pneumonia – there are so many unnecessary deaths in poor countries,” she added. “We can do better.”

A key point for Van Dyke came when she was in Afghanistan. She showed a group of health workers a short video on childbirth, and their excited reaction to seeing it being performed, virtually in front of them, was an ‘aha’ moment for her.

“Through their eyes, I realised the unique power of video to teach clinical practices,” she said. “I searched for more such videos, but found virtually none that were suitable for low-resource settings. There was a surprising gap.”

“I knew video could help clinical workers like no other method – it’s visual, step-by-step, cuts through literacy and language layers … and it makes it stick. That would be a game-changer,” she added.

“We create new media, video and animation that teach the basic practices and skills that we know will save lives. We reach providers all over the world, leveraging Internet and mobile technology,” she said.

“Access to health information that’s practical, easy to understand and easy to remember would be a breakthrough for health workers doing their best on the frontlines of care.

“Imagine the difference we could make if all health workers could see live examples of clinical signs and imagine if they had access to a whole library of essential skills and practices. Imagine also if parents had access to visual danger signs and brought their babies for care just in time.

“Video is crucial for that ‘aha’ effect that leads to change – imagine if we had tools for these ‘aha’ moments for so many other health issues,” she added.

The organisation’s videos are open access and easily viewed on mobile devices; in fact, Van Dyke said some companies are preloading them into video-capable mobile phones so that Internet access is not even necessary.

“Think about where this can take us in the next 10 years: Technology will enable us to reach health workers and families in all corners of the globe, with visual information when they need it, right at their fingertips.

“This is empowering, and life-saving,” she added.

Meanwhile, members of the +SocialGood community have already planned a number of events, such as:

G-Everyone: +SocialGood on the G8 -- A 24-hour digital convening that will unite local groups around the world to discuss the pressing issues addressed at the G8 Summit.

Devex +SocialGood: A convening for Barcelona's aid and NGO workers, consultants, techies, and others who want to discuss how the development landscape is changing in the face of decreased funding, and how the Barcelona development community can find new funding solutions.

Fitness +SocialGood: An afternoon of inspiring presentations exploring the different ways that people use fitness to promote social good, hosted by Charity Miles.

Diaspora +SocialGood: The U.S. Department of State and the International diaspora Engagement Alliance (IdEA) promote a series of gatherings that explores the power of diaspora leaders and their communities to collaborate on solutions to the world’s greatest challenges.

Youth+GlobalProsperity +SocialGood: The Center for Strategic and International Studies (CSIS) brings a conversation on International Youth Day to the world on how engaging youth is the essential ingredient to Global Prosperity.

DC+Youth +SocialGood: Vanguard Communications will host a SocialGood Hack; Washington, D.C. youth will be invited to participate in a 24-hour intense brainstorming and creation event to identify their biggest challenges, along with citywide solutions that we can explore collectively. 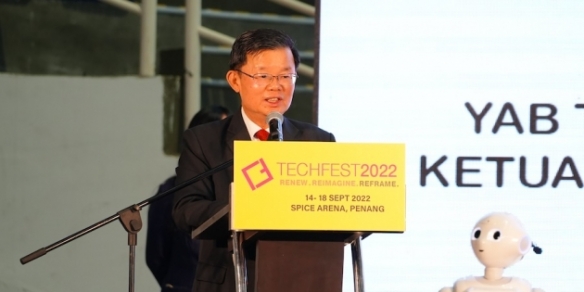