The list will be published in the October edition of the magazine, EmTech Asia conference organiser Koelnmesse Pte Ltd said in a statement.

Tee and Muller were both regional finalists on EmTech Asia’s Innovators Under 35 (TR35) list for 2015.

Technology entrepreneur Tee, 33, has a doctorate in electrical engineering which he gained at Stanford University in 2013. His research centres on wearable technology, flexible sensors, circuits and electronics.

In particular, his work in flexible electronic sensor skins is highly cited and has been widely featured in various news media, earning him several prestigious international graduate research awards such as the TSMC Outstanding Research Gold and Academy Award, and the MRS Graduate Student Gold Award. Muller (pic) founded Cortera Neurotechnologies based on her PhD research in neurological implant microsystems. She is leading the development of next-generation implant systems for treating neurological disorders and is a principal investigator in the first major project of the Obama BRAIN Initiative.

“It is a great honor to be a TR35 Asia Pacific listee,” said Juliana Chan, a pioneer in nanomedicine who made the 2014 EmTech Asia regional list.

“Being a TR35 APAC winner has helped increase my visibility as a nanotechnology researcher. MIT Technology Review is featuring me as an alumnus in its Sept/ Oct 2015 issue. Earlier this year, I was elected a Young Global Leader of the World Economic Forum – I was the first professor from Nanyang Technological University to be given this honour.

“I believe that being a TR35 APAC listee was a stepping stone to these opportunities,” she added. 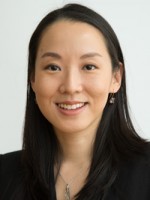 Dr Shawn Tan, a scientist and lead investigator at the Institute of Materials Research and Engineering, A*Star, also made the 2015 list.

He designs and build nanostructures that can manipulate light at the nano scale – specifically, by engineering how light interacts with carefully-designed tiny metal nanostructures, he and his colleagues have revealed a new paradigm for printing colour with structures rather than inks, at unprecedented resolutions of up to 100,000 dpi (dots per inch).

Applications for the regional list for 2016 close Sept 18, 2015. Visit emtechasia.com for details or to apply.