Startups urged to work towards having a global impact 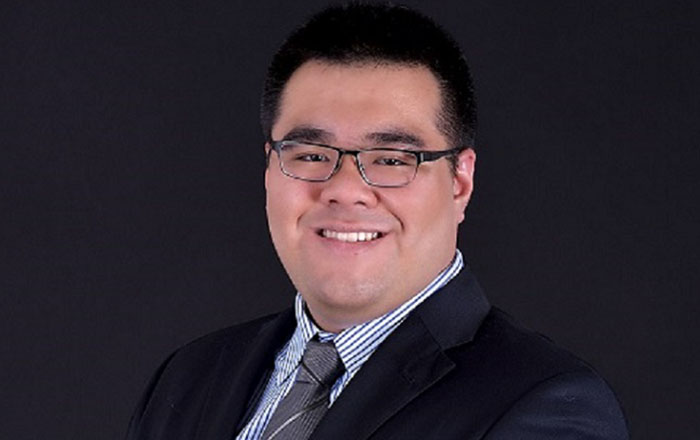 “INDONESIA is in the middle of a growth spurt. No longer is Indonesia a local market; instead we believe it is an international one. Just look at Southeast Asia today, and we’ll find that most of the unicorns are Indonesian companies,” said Arya Masagung when he was first appointed as venture partner for Gobi Partner’s early stage fund in Indonesia, the Gobi-Agung Fund.

He tells Digital News Asia that being an international player means, that whatever business a company is doing, it impacts the region as a whole.

“As an example, take Go-Jek, Tokopedia, or the other unicorns. Their every strategy shows their capability as leaders in the region.

“When we look at Thailand or the Philippines, there are a lot companies modeled after these unicorns. They study their business model, and how they raise funds. This is why we call them international players. Every one of their actions actually impacts the international market.”

Arya says that Indonesia is a big market but there are infrastructural problems that cannot be solved immediately.

“Companies such as Lazada, Tokopedia, and others, once they are done tapping the Indonesian market, it is hard for them to grow any bigger. The easiest way is to move to other markets that are less developed to get more customers rather than fix the infrastructure themselves.”

He also predicts that after these companies manage to conquer other markets, they will come back to fix the infrastructure.

From an investor point of view, Arya says that foreign investors assume Southeast Asia (SEA) shares a common culture, which is not true. Instead, it is made of different cultures and caters to different challenges.

“For startups to locally integrate their businesses into other market, they need to find local partners or someone who understands the market. And it is best to work with international players, be it VCs or regional companies, to accelerate the learning process.

“The worst thing is to copy the exact same business model as another company. You really need to understand the local competition and culture.

“Take a look at Go-Jek, where the difference in unemployment rates between Indonesia and Thailand resulted in a change in marketing strategy and costs. In Indonesia, the unemployment rate is so high that everyone wants to become a driver, but in Thailand, they have to encourage people to become drivers.”

Arya is very firm about startups not needing to receive funding before they expand abroad. In fact as an investor, he strongly discourages it because when he invests, he considers the risks.

“If we are investing in a startup that wants to expand to a country that they have never been to, it is a big risk for us.

“So if you want funding, it’s best to have some form of traction in the designated country first, then you start to raise funds. It does not have to be fully operational, but you need some form of a presence to show that you understand enough of the local market. And the only thing you need now is capital to boost your acceleration.”

When talking about Indonesian startups located outside Java, Arya explains that more capital is located in Jakarta. In the startup ecosystem especially, most capital is foreign.

“Foreign capital may feel uncomfortable going outside their comfort zones, which are the First Tier cities such as Jakarta, Bandung and Surabaya.”

Arya recommends that startups become dominant local players and if they are not, it is much better for them to come to Jakarta or even go to Singapore to raise capital.

“But, the advantage of living in second or third tier cities is that there is less competition. You can be a big fish in a small pond so people will notice you.”

Talent and culture the main challenges

Arya agrees that the lack of talent in the technology sector remains a problem in Indonesia.

“The culture of companies (traditional or corporate) treating IT employees like other employees has to change. In mature markets such as Singapore, the US, Japan, and Korea, these engineers are treated very well because they do tech engineering, which is difficult and not many people can appreciate it.

“When the community itself starts to appreciate it, then people will reach out to them.”

In terms of culture, he describes two kinds of people who want to risk building a startup.

“First, is someone who has lots of money, and does not mind risking it and second, is someone who earns little but, has no other thing to do. These two are not the best kind of entrepreneurs.”

The best entrepreneurs, Arya says, are those who have successful careers, who want to solve a pain point that they have already experienced themselves, and who want to innovate.

“But usually people get comfortable when they are already successful and as for newcomers, they do not have enough experience to scale the business.”

To strengthen the ecosystem by fixing and developing the education system is also crucial.

“From a VC standpoint, we not only provide financial support, but also guidance. We advise entrepreneurs on what is right or not. This will encourage the founders to go beyond.”

From the government side, he says that there is a lot of contribution and innovation to get the younger generation to dive into tech and be creative.

“We realise that for a country like Indonesia to actually emerge as a first tier country, we need innovation and for the younger generation to take over. The young generation has to be creative too. If the country just relies on traditional industry, it will be such a waste.”

Given Indonesia’s geography as an archipelago, e-commerce would inevitably be crucial along with entrepreneurs in this sector. Fintech, HR, and logistics are seen as key drivers towards making e-commerce boom.

Looking at the industry as a whole, Arya says that e-commerce was a key player before. But growth has now been stunted due to infrastructure not being ready.

“Right now, we are predicting that the next big thing will be in three sectors which will encourage e-commerce’s growth, namely fintech, human resources (HR), and logistics. The moment when all problems in these three sectors are solved, then e-commerce will rise again.”

It will take some time because so many things are happening, but as long as the right capital is deployed in the right sectors, a lot of infrastructure will be fixed.

To date, the Agung Fund has made its first investment in Fastwork, a freelancing platform that is headquartered in Indonesia.

“This is our first step in helping to solve the problem. And we are looking forward to closing total of five investments by December this year.”