SECURITY intelligence and analytics company LogRhythm said 58% of Singapore workers indicate that work-confidential information is at risk, according to a survey it conducted.

The permission-based online study across Singapore, Australia and Hong Kong also revealed that 52% of the respondents reported ‘security events’ in the last few years.

Security events could be a breach, virus attack or unauthorised access of information, LogRhythm said in a statement.

In the same study, 21% of Singaporean workers admitted to looking at documents they shouldn’t be while at work, and 14% admitted to having accessed or taken confidential documents without proper authority.

“It is worrying to see such a high percentage of workers indicating that they believe information security is at risk,” said Bill Taylor-Mountford, LogRhythm vice president for Asia Pacific and Japan.

“This goes to show that organisations and individuals need to take a proactive approach when it comes to addressing data security, and not take a reactive stand.

“We cannot underestimate the danger of cybercrimes anymore as financial loss due to cybercrime is growing and it is now estimated that it costs Singapore an estimated S$1.25 billion (US$890 million) annually,” he added.

While workers indicate that they are accessing documents without proper authorisation, 73% of managers in Singapore indicate that their company is serious about security of information. This is higher than Hong Kong (60%) and Australia (59%).

However, the study also revealed that 41% of Singapore workers are also more likely to keep their passwords in an unsecure place, thus reflecting a disparity in views between that of higher management and their workers. 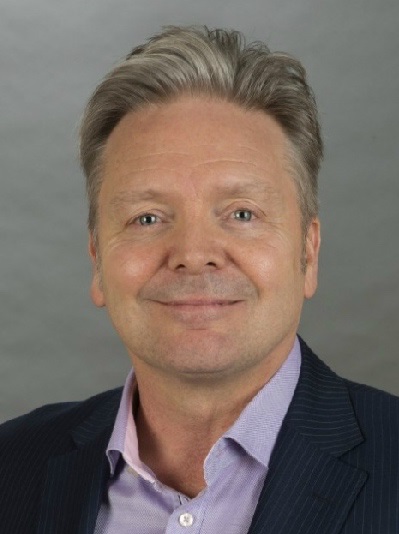 “Information security needs to be a coordination between the organisation and its people,” said Taylor-Mountford (pic).

“Think of the organisation as the castle, and the information as the treasure. It is no use having the best walls and moats around the castle but your guards leave the key to the side door outside the castle.

“In our study, 94% believe that the greatest threats to data security are employee-related. It is not easy to detect internal threats so organisations need tools that will help them reduce the time to detect such threats and manage [them] before they can cause further damage,” he added.

It is important that organisations are constantly educating and reminding employees of data or information security as 44% say that they don’t even think about it.

In the same study, 73% of Singaporean workers also indicated that they had changed passwords within the last six months. This puts the nation ahead of Hong Kong (56%) and on par with Australia (73%).

“Another interesting finding is that only 1% of passwords are automatically changed and generated by company security in Singapore,” said Taylor-Mountford.

“While we try to educate on the importance of password hygiene to workers, it will help if the organisations have systems in place to ‘force’ the change,” he added.

Cybersecurity is about people too: FortiGuard strategist