Additionally, the Malaysian Communications and Multimedia Commission (MCMC), in collaboration with the private broadcasters, will conduct a comprehensive test run and study as part of the digital switchover or Analogue Switch Off (ASO) pilot project for the next two weeks in Langkawi.

Subsequently, the Minister of Communications and Multimedia Gobind Singh Deo (pic) will launch the nationwide DTTB ASO, at a later date. The transition from analogue to DTTB marks a new era of technological advancement in Malaysia’s broadcasting field.

The ASO is one of the crucial efforts by the government to drive the nation towards digitalisation, as well as to gain digital dividends from the use of the 700MHz spectrum to further enable other services such as wireless broadband communications like 5G.

The switchover to DTTB allows the public to enjoy free channels via myFreeview, which has covered 98% populated areas nationwide. Malaysians can receive the myFreeview digital TV broadcast by connecting a decoder and Ultra High Frequency (UHF) aerial to an existing TV set or via a UHF aerial and IDTV (integrated digital television) that comes with a built-in decoder for a seamless digital broadcasting experience. 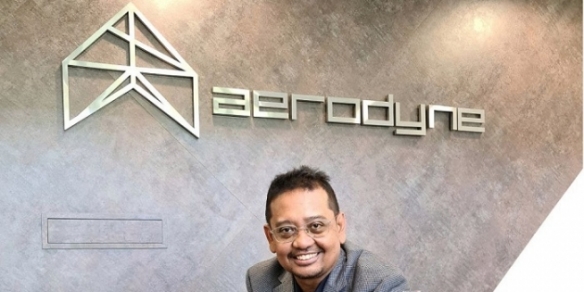