Under the joint-venture (JV) agreement signed today (Oct 5), the newly-established company will act as a third-party acquirer (TPA). MOL AccessPortal holds a 65% share of the JV company with the remaining 35% held by Soft Space .

“We wish to see people from all walks of life be able to accept credit card payments for their businesses; to be affordable, it had to be through mobile devices,” said Soft Space founder Chang Chew Soon (pic), also the chief technology officer of MOLCube.

“With this, the makcik (aunty) on the roadside selling nasi lemak (a popular spicy Malaysian delicacy) can now accept credit card payments,” he said. “We are one step closer to a cashless society.”

MOLCube will enable merchants of all sizes, even mom-and-pop shops, to accept credit cards using an iPad, iPhone, iPod Touch, Android or Windows Phone device. Chang said a Blackberry version is in the works.

The company will roll out its technology to the eight countries that MOL already operates in, with a target to be in 12 countries by the end of this year, and aims to have 50,000 merchants on board by the end of next year.

All the merchant has to do is purchase a card-reader that would be priced under US$100, and plug it into a compatible device. The payment will be processed, and the buyer can also sign-off using handwriting recognition. The mobile technology, developed by Soft Space earlier this year, recently received EMV2 (Europay Mastercard Visa) certification, making it one of only three companies in the world to have done so.

Ganesh said he first saw the possibility of such mobile card payments for Malaysia when he witnessed a card reader developed by the Silicon Valley-based company Square, founded by Jack Dorsey, also the founder of social network and micro-blogging site Twitter.

Square’s technology used a magnetic stripe, which would not work in Asia, whose financial institutions and regulators have mandated the use of EMV’s chip-based technology. Ganesh noted that despite this, Square now has a market value of US$3.25 billion.

“Two months ago I was introduced to [Chang] Chew Soon, who was then in the process of getting EMV certification,” he said. “I immediately proposed a joint venture to him if he could get that certification – which he has now done so.”

Ganesh (pic) said that MOLCube intends to launch within this quarter, a pilot group of merchants that will include sister companies within the Berjaya Corporation, whose founder Tan Sri Vincent Tan is a major shareholder in MOL, as well as “SMBs, insurance agents and even taxi drivers.”

“On an annualized basis, we expect to process RM1.5 billion (US$490 million) worth of transactions this year,” he added. “With the new countries we are rolling out in … we expect our payment volume to double to RM3 billion by the end of next year and RM6 billion (US$2 billion) by 2014.”

Meanwhile, Ganesh also said that MOL has already been approached by SME Corp, the government agency tasked with promoting and taking small and medium enterprises (SMEs) to the next level, and Multimedia Development Corp (MDeC), Malaysia’s national ICT custodian and lead agency for the Government’s Digital Malaysia transformation program.

“They asked us to submit request for proposals (RFPs),” he said, for Digital Malaysia’s first entry point project (EPP), which has a vision identical to MOLCube’s -- the Enabling ePayment for SMEs and Micro Enterprises EPP, which seeks to enable SMEs of all sizes to accept credit card payments.

Soft Space was founded by Chang, who in an earlier conversation with Digital News Asia (DNA), said “we’re a bunch of software geeks passionate about payment and mobile development.”

His career began with a different startup which was later acquired by an older, established company which was looking to break into the mobile space. There was a lot of synergy … at the start, at least.

“But things went south after the first year, so we decided to sell off our remaining stake, and I went back to tuning sports cars, which was my hobby,” he said. In December 2010, he was approached by Grey Advertising (now Grey Group KL) , which wanted to go into digital advertising in a big way and needed someone with a software engineering background.

He stayed with Grey for about 14 months, but left in the end because he wanted to get back into the tech space. “I also know myself – I cannot last long working for other people,” he added.

It was around then that he bumped into some people from Sakae Sushi, which operates a chain of sushi restaurants around the country.

“They wanted to do something about digital ordering,” said Chang, who proposed an iPad-based solution. “At the time I had already decided I was going to leave Grey, so I went ahead and left to start Soft Space to do this project for Sakae Sushi, which was launched in February.”

The digital ordering platform Soft Space developed is integrated directly with the kitchen display and the point-of-sale (POS) system – each table has an iPad containing the menu, and customers just swipe their orders into the device and this is communicated directly to the kitchen.

The project was a success – too much of one, in fact. “The [Sakae Sushi] boss was very happy, and very upset,” Chang said. “Sales had spiked 40% the first month the solution went into operation because the ordering process was so seamless.”

“But they now had two different problems -- the kitchen couldn’t keep up with the orders, and second, the problem with payment,” he said. “The queues at the payment counter in their restaurants were ridiculously long.”

“So they asked me to design something to allow them to collect payments more easily,” he added.

Chang, in studying the situation further, found out that 60% of payments in Sakae Sushi’s 20 outlets nationwide were being made through credit cards, and processing those payments was the bottleneck. So he came up with the idea of allowing all waiters to process credit card payments using a mobile device.

The idea is not new, of course – there is Square, and a company in Sweden that is EMV-compliant too, iZettle. “We contacted them to license their technology, but they said they do not do so – when they come into a market, they do so as a merchant-acquirer themselves, competing with the TPAs and banks there.”

“So I told Sakae Sushi I couldn’t do it, and they asked me, ‘Why don’t you develop the technology yourself?’ “

So Soft Space did so, with one major difference from iZettle’s model – it licenses its technology freely to any TPA who is interested.

“This is why so many partners want to work with us,” claimed Chang. “We do not compete with the banks, we’re licensing the technology to all the payment players in the country -- which is also why all the banks are talking to us, as are the other players in the payment industry.”

He claimed that Soft Space has received enquiries from North America, the Philippines, Thailand, the United Kingdom and Taiwan.

“I never expected to make such an impact so soon,” he added.

Soft Space was also approached by a foreign company which wanted to acquire it and its technology, but Chang rebuffed the offer. “I want to help our local payment companies raise a wall so that foreign companies cannot come in and invade our market.”

So why MOL now? “They have the same values and principles as us – to provide this technology to people from all walks of life,” he said, adding that all Soft Space’s TPA and other types of partners will now be MOLCube partners.

This article was amended from its original form to remove some information that we were not at liberty to disclose. Apologies to our readers. 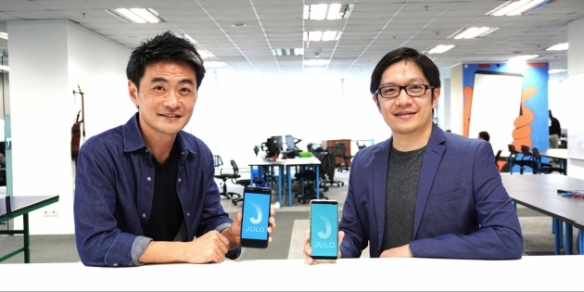