IN a bid to spur the development of software-defined networking (SDN) in Malaysia, government research and development (R&D) agency Mimos Bhd has signed an agreement with HP Malaysia, which the two organisations claim would give an avenue to local software developers wishing to branch out into the nascent technology.

SDN introduces a new control layer that sits between the traditional hardware and software layers of the network. This control plane is capable of handling, among other things, configuration of the network elements, control of traffic flow, and the administration of the security of the network by graphical user interface (GUI) instead of by line-by-line program commands. 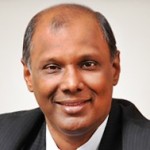 Speaking to the media at a signing ceremony to mark the alliance last week, Thillai Raj Ramanathan (pic), chief technology officer of Mimos, said the partnership would allow local software developers to utilise and develop relevant SDN applications for sale to end-users.

Thillai said that with the setting up of the Mimos-HP SDN Lab, Malaysian independent software vendors (ISVs) which develop SDN apps could use the lab to build applications at virtually no cost.

“A two-man operation developing an SDN application can use the Mimos-HP lab without having to the bear the cost of the hardware and software [needed to support the apps],” he told Digital News Asia (DNA) on the sidelines of the media nbriefing.

“Once an app is developed, Mimos and HP will validate it to ensure it complies with the necessary standards. When this is done, the app will then be made available on the HP SDN App Store and interested customers can browse, purchase and download them as you would on the Apple App Store.”

Thillai said with such facilities, local ISVs would get a chance to market their wares online without having to worry about high development costs. This would in turn spur innovation in the SDN application development space, and give a chance to developers to commercialise their products, he added.

Asked if users of the Mimos-HP lab would have to incur any fees or pay a commission to Mimos, Thillai said, “Our plan is not to charge these small developers and let them use it for free. However, if they need technical support from us, then there will be charges.”

SDN has been touted as the next big thing in networking because the technology claims to be able to simplify network configuration.

In an interview with DNA last year, Bjarne Munch, principal research analyst for Gartner, said the data centre [at the server plane] has good tools that can automate processes, resulting in the ability to provision and decommission almost everything from new loads to new services with just a click of a button.

“[But] we can’t do that in the network [plane] because the network is still based on low-level commands that take hours, days, maybe weeks, to configure within the switch,” he explained, noting that with SDN, this process can be reduced to hours.

But while the concept of SDN makes perfect sense to networking engineers, SDN is still a very nascent technology. Speaking to Digital News Asia in 2012, Roy Illsley, principal analyst with Ovum, noted that the basic advantage of SDN is the reduced cost in the administration of the network and increased speed and flexibility of its implementation.

SDN has not even made it into the early adopter stage yet and while the technology in theory exists, more work on standards and communications is needed, the analyst cautioned.

Asked why Mimos chose SDN as a technology to work with given its infancy, Thillai pointed out that it’s precisely because SDN is a new field that Mimos has invested in it.

“We don’t want to spearhead older technologies and always just be a follower. We want to be a leader and we think it’s ripe to do this. If we embrace it later, we would just be following others who have done it.”

As to the question of how the Mimos-HP partnership will help move SDN from hype into reality, Thillai acknowledged that while it is still a new technology, such tie-ups within the industry will be key because the Mimos-HP SDN lab will serve as a catalyst for how SDN can be used in the real world.

This [the lab] is where we are trying to work towards the real world from hype,” he argued. “For example, we have a pilot trial that shows examples of how SDN can be used to configure bandwidth management on the fly so that it can be used to support telemedicine.

“With telemedicine – the transmission of high definition pictures and video over a communication link for medical consultation purposes – there is a need to configure the network bandwidth between a hospital and a remote consultant, and ensure that the images sent and received are optimised. Today, we can do that with SDN.” Thillai revealed that the Mimos-HP lab is being set up in the next few months and the target to launch it is in the middle of this year, the same time when the HP SDN App store will become available in Malaysia.

“The signing just happened last week, so we’re still working out the finer details of the scheme. The HP SDN App Store is expected to be launched in the middle of the year,” he said.

Thillai added that networking today is complex, so it’s not just a matter of downloading an app like you would in an Apple App Store.

Developers, he explained, would need to provide an entire solution suite, adding that what Mimos and HP are doing is that they are offering end-users a choice through the SDN app store.

From the education front, Thillai said that Mimos has plans to work with the small and medium enterprises (SMEs) which are in the networking business, to help educate them in this new way of working with networking

“Awareness is low today,” he pointed out. “A lot of service providers work with the physical side of networking and we need to change that by getting them to understand this new paradigm."

Asked if he would be working with agencies such as the SME Corp, he said, “Not so much SME Corp, but with HP’s network of SMEs which resell its products. We need to target this group and educate them.”