Malaysia’s SSO industry must shift focus from cost to growth: Page 2 of 2 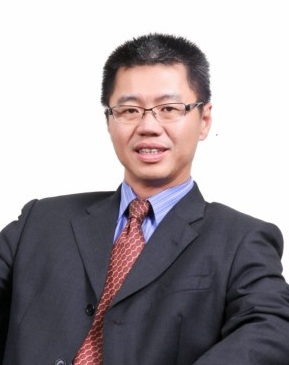 In line with positive projections for the SSO sector and the strategic need to position Malaysia as a hub within the region, all eyes are on the upcoming Asia Pacific Outsourcing Summit (APOS).

The regional event scheduled to take place at Traders Hotel in Iskandar Malaysia from Oct 21 to 24.

Outsourcing Malaysia’s Wong (pic) noted that the development and enhancement of the outsourcing industry’s value and positioning in the global marketplace is one of the key Entry Point Projects (EPPs) identified by the Malaysian Government.

“Malaysia has experienced significant growth in recent years despite the global economic downturn, especially in Europe. The upcoming APOS will be a major event that would focus on near-term opportunities available in fast-growing markets,” he claimed.

i2M has come on board as the host sponsor for APOS, with Zulfiqar noting that the summit will be the “perfect platform” for the company to share key announcements of projects it has been working on for Iskandar Malaysia.

“This event will place Iskandar Malaysia in the limelight as a major potential hub for the region’s outsourcing market,” he added.

The APOS, organised in partnership with the IAOP, is also the first project from a recently sealed five-year partnership between the international association and Outsourcing Malaysia, which seeks to further bolster the outsourcing industry via various initiatives.

In addition to i2M, other sponsors for APOS include MSC Cyberport, Accenture, KPMG, VADS and the Malaysian Data Centre Alliance.

The event is expected to attract about 400 delegates, 30% of which will be international delegates, the organisers claimed.

Results of the annual Outsourcing Malaysia Excellence Awards 2013 will also be revealed on the second day of the summit, with this year being the debut of a new award, ‘Outsourcing Leader of the Year.’

“While the industry has been posting decent growth rates, there is bigger potential for growth, and we hope the hosting of a regional summit such as APOS will give the industry the much needed boost and exposure,” said Wong.