MALAYSIA has rolled out its National IoT Strategic Roadmap, with the expectation that the implementation of the Internet of Things (IoT) would contribute RM9.5 billion (US$2.5 billion at current rates) to the country’s gross national income (GNI) by 2020, and RM42.5 billion (US$11.2 billion) by 2025.

IoT implementation is also expected to generate a total of 14,270 high-skilled employment opportunities by 2020, Minister of Science, Technology and Innovation Dr Ewon Ebin said at the launch in Cyberjaya earlier today (July 9).

“The ever-increasing need, demand and supply for Internet-related products and services is a telling sign that Malaysia is ready for the IoT,” he said.

“IoT implementation will boost the county’s innovation competitiveness. In 2012, Malaysian researchers and inventors filed a total of 146 IoT-related patents that can be licensed to investors to enhance their apps and services,” he added.

It comes slightly over a year after national research and development centre Mimos Bhd held an IoT technical working group workshop, which it said then was aimed at kicking off the development of a national blueprint. Mimos has also been appointed implementation secretariat of the National IoT Strategic Roadmap.

“A key goal of the roadmap was also to create an ecosystem conducive to the IoT industry, while strengthening the capabilities of technology entrepreneurs in the many component layers of IoT,” said Mimos chief executive officer Abdul Wahab Abdullah (pic).

“The IoT ecosystem that we have been building is already up and running. As a premier applied research centre, Mimos comes in as a key technology provider, in particular for the development of the IoT Open Innovation Framework.

“[Furthermore], as the implementation secretariat, we will monitor the results, outcome and impact of all IoT deployments,” he added.

Research firm Gartner defines the IoT as a network of physical objects that contain embedded technology that can communicate and sense, or interact, with their internal states or the external environment.

It potentially encompasses all Internet-connected devices including wearable technologies, as well as machine-to-machine or M2M communications. “The roadmap will be an invaluable reference to determine our strategic direction as we brace for the exciting new challenges of the IoT,” said Ewon (pic).

“The document will also be a vital tool in upgrading the capabilities of our technopreneurs.

“We also readily acknowledge that the IoT is a rapidly growing technology, and this roadmap is a living document that must be updated and refined, perhaps every two years,” he added.

In his opening speech, Ewon said that developed nations have already begun implementing IoT, and that China had started its own initiative as far back as 2005, while Mimos began exploring the space in 2009.

“As a major tipping point in the Internet evolution, the IoT is an important element in the economic and social development of the country.

“Hence, Malaysia must grab this opportunity and we must do it with a strategy that is thoughtfully and wisely planned, so that its implementation will bring value that can be enjoyed by all,” he added.

The launch also saw the signing of three memoranda of understanding (MoUs) involving Mimos, Cyberview Sdn Bhd, CyberSecurity Malaysia and SAS Institute, which will see them collaborating to develop Cyberjaya into a model ‘Smart and Safe City’ through IoT. With the MoUs under its belt, Cyberview, the master developer of Cyberjaya, will implement a smart traffic management system, public safety monitoring, energy management, and various other IoT-based solutions.

“With the launch of the roadmap and the signing of MoU, Cyberjaya will become a ‘living lab’ for IoT implementations,” said Cyberview managing director Faris Yahaya (pic).

“With the robust and resilient infrastructure set-up in Cyberjaya, the tech city forms the best platform to nurture and grow IoT talent and business, as well as to groom IoT services or solutions in Malaysia,” he declared. 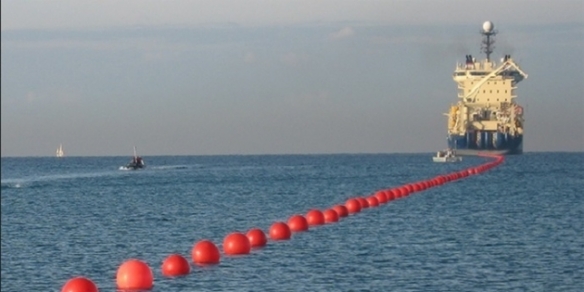