THE GSM Association (GSMA) has officially declared fifth-generation (5G) mobile technology as having arrived in Asia Pacific (APAC) but acknowledges that its growth within a vast region would be staggered and that less developed regions are expected to face challenges – specifically how to justify the business case – before the technology becomes mainstream.

In its latest Mobile Economy report for Asia Pacific released recently, the industry association says 5G is finally a reality following the joint commercial launch of the service in South Korea on Apr 3.

The GSMA represents the interests of mobile operators worldwide, uniting more than 750 operators with over 350 companies. It defines Asia Pacific as countries within the region of north Asia (Japan and Korea), greater China (including Hong Kong and Taiwan), Southeast Asia (Asean), South Asia (Indian subcontinent) and Australasia.

It says developed markets such as South Korea, Japan, Singapore and Australia will see relatively rapid 5G growth, and will account for half of 5G mobile connections by 2025.

Across the rest of the region however, 5G opportunities will be more long term, largely because 4G will remain the dominant mobile technology across the region, GSMA says. Speaking to the media to announce the findings at the recently concluded Mobile World Congress (MWC) Asia in Shanghai, Jan Stryjak (pic, above), lead analyst for GSMA Intelligence, says there is still a lot of headroom left in fourth-generation (4G), and that GSMA only expects less developed markets in Southeast Asia and South Asia to account for 7% to 8% of 5G connections by 2025.

Stryjak says there are three major factors that will impact 5G growth in the region. They are: opportunities, costs of rollout and ecosystem dependencies.

“Opportunities is about discovering the right use cases and the right applications that can capitalise on 5G, which is where the value creation lies. Cost considerations is about how operators decide on the best investment in their network in terms of coverage, latency, and capacity, so as to get the best return-on-investment (ROI).

“Dependencies would be about issues to do with policy frameworks, spectrum cost and allocation, and pricing of services, as well as technology readiness such as handsets and standards,” he says.

Arguing that there are use cases for 5G now, Stryjak says, “One way is that less developed markets can take a wait-and-see approach and watch how other [more advanced] markets roll out 5G, and how they can deliver on their ROIs.”

Noting that there isn’t a “one-size-fits-all” approach to the different use cases, Stryjak suggests that operators evaluate what makes sense for them and concentrate on those projects. 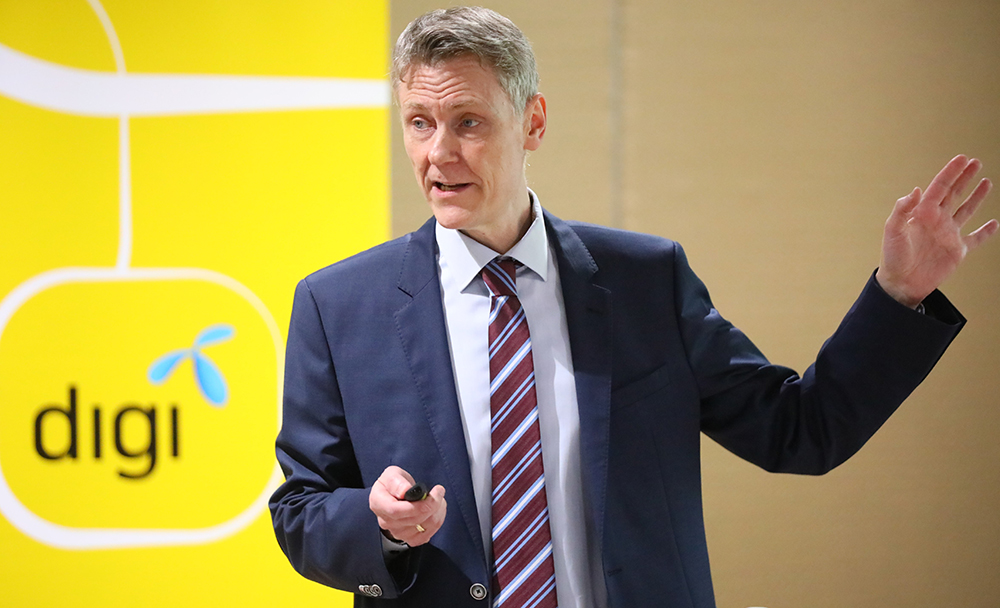 Telenor Research group head Bjørn Taale Sandberg (pic, above) believes that it would be very expensive to roll out country-wide 5G coverage and services and does not believe that will be the case for many of the less developed nations in Southeast Asia.

Telenor, the parent company of Digi.com Bhd, has been involved in 5G trials for the past few years and developed a number of use cases for the technology in its home country of Norway.

“We believe 5G will be rolled out in stages or in phases,” he says. “In some cases, it will be in partnership with an industrial plant, or in a city where the 5G capacity is needed to augment 4G service,” he says, adding that any 5G rollout undertaken by a country will also depend on the available spectrum allocated by that country’s government.

In Malaysia, all major telcos have begun piloting their respective 5G testbeds that are coordinated by the Malaysian Communications and Multimedia Commission (MCMC).

However, the government via the industry regulator has yet to commit to a set timeline to allocate 5G spectrum to mobile operators nor indicated how much it will cost, only noting that it does not plan to make a profit from 5G spectrum.

MCMC established a 5G task force in December 2018 with the mandate to make recommendations to the government on how to proceed with 5G spectrum allocation. To date, the MCMC has only announced that the task force “has made significant progress since its inception.”

Industry watchers note that the growth of 5G as a technology must be led by enterprises as they are likely to be the ones that have the investments and business case to use the technology and create critical mass for further adoption.

Asked if he concurred with this view, Telenor’s Sandberg acknowledges that view but adds that based on the company’s experience, the most likely first use cases for operators will be focused on enhanced mobile broadband (eMBB) and fixed-wireless access (FWA).

“One of the most important things learnt so far by Telenor coming from a developed nation is that the game is changing for 5G,” he tells Digital News Asia (DNA) in an interview. “Yes, we will deliver higher speeds on cell phones [via eMBB] and FWA, but 5G is much more about end-to-end industrial solutions.”

Sandberg stresses that 5G changes the business model as operators can no longer afford to go it alone.

“If you’re an operator, you can’t just buy the 5G gear from an equipment vendor and do everything yourself,” he argues. “You’ll need to work in more integrated ways with partners – from end customers to equipment vendors and to everybody in between, as it’s an end-to-end dealing.”

Quizzed further as to what other pieces operators must get right before they can succeed with 5G, Sandberg says that based on Telenor’s research and experience, operators will need to intimately understand the business of the partner or user they are working with.

“We need to understand their pain points, their business model, how they operate, in order to help them get latencies, capacities and coverage and the applications they need.

“If we are to be a good partner, we need to understand the business of the users. This is what’s different with 5G compared to 4G.”

Sandberg also warns that operators need to realise that working with enterprises is no longer about selling SIM cards, subscriptions and contracts, which is a standard model.

“5G is about working together with the customer, testing the services and applications and making sure they work,” he says.

“It’s about delivering more than just connectivity and also delivering digital services such as AI (artificial intelligence), IoT (Internet of Things) and the platforms they need, and to do that we need to understand the customers.”