By A. Asohan (with additional reporting by Karamjit Singh) September 28, 2012 ABOUT 100 IT retailers have declared their intention to form an association that would be separate from and independent of the National ICT Association of Malaysia (Pikom), saying that they needed a more dedicated platform to raise issues related specifically to the retail industry.

The idea was mooted by 1 Utopia Berhad managing director Chin Boon Long at a forum discussion (pic) entitled “Survival of IT Retailers” attended by more than 140 IT retailers on Sept 27. Attendees included Irene Sau, chairman of the Penang ICT Association, Kevin Chan, chairman of the Ipoh IT Association and Simon Kong, vice president of the Kuching Computer Business Association.

So far, 13 retailers from all over the country have volunteered to be part of the working committee for the new association, 1 Utopia said in a statement issued after the discussion.

It is a case of history repeating itself. More than two decades ago, a group of IT distributors and retailers had threatened to form a breakaway association, saying that Pikom – then in its infancy – was too much of a “big boys’ club” that did not represent their interests. They had argued that Pikom’s premier event, the Information Technology Exposition (ITX), was of interest only to large domestic companies and multinationals.

Pikom, intent on becoming the collective voice of the industry, responded after further dialogue with the disaffected companies by amending its Constitution to allow different levels of membership, and has since grown to gather about 1,500 ICT companies as members. It also introduced a “cash-and-carry” segment of ITX to allow resellers to display and sell their products. Over the years, that segment – PC Fair – would overwhelm and finally kill off ITX.

Ironically, today, one of the reasons the retailers say their business is dying is the proliferation of such events as PC Fair.

“Retailers do not benefit when IT fairs are held too frequently, up to nine times a year,” said 1 Utopia’s Chin. “This changes the consumer buying behavior whereby they will not buy their desktop or laptop from IT retail shops anymore, making it difficult for retailers to survive and pay their monthly rentals.”

“This has left some retailers with no choice but to participate in the IT fairs just to clear their stock commitment to the vendors, despite making a loss on the sale, coupled with high rental fees and additional manpower to oversee the booths.

“At the same time, IT retailers do not enjoy any incentive from Pikom for joining the IT fairs,” he added. “Either way, IT retailers will not be able to sustain themselves in the near future if the current problems are not addressed promptly.”

The retailers have cited other reasons for the “slow death” of their business, but overlaying all these are two trends: The first is a technology trend that has caused consumer behavior to change; and the second is alleged margin-squeezing by vendors that retailers claim is akin to bullying.

The increasing usage of smartphones and tablets has apparently eaten into the laptop market the IT retailers rely on for their bread and butter in a big way. “Casual usage of laptops for watching video, playing games and using email can now be done as well on smartphones and tablets,” one retailer pointed out at the forum discussion.

It would help if IT retailers could sell these product categories themselves. But, these two hot consumer categories are also increasingly being sold directly by the brands themselves and through the telcos.

The “bullying” is caused mainly by the PC vendors who only give retailers margins of between 5% and 8% today, versus the 10% a decade ago. Note that operating costs 10 years ago were much lower and PCs cost a lot more then.

Indeed, during the opening presentation laying out the seven key pain points being felt by IT retailers, it was pointed out a number of times to the over 140 attendees that the key reason behind their plummeting fortunes was the squeezing of margins by vendors and the imposition of bulk buying by vendors for retailers to enjoy better margins.

“It is the vendors who fix the low recommended retail price,” said one retailer. “The whole ecosystem loses,” said Chin (pic). His solution is to get all the IT retailers to sign a petition to get the vendors to raise their prices. Otherwise, he feels the number of retailers will drop.

As it is, Chin claimed that he has 38 offers from retail outlets to sell their IT stores to him. “But why should I? The industry is not healthy.”

Among the suggestions made at the forum were to increase profit margins, reduce unrealistic stock commitments set by vendors, a mutually  fair and timely rebate claim system, reduction in the number of trade shows from the current nine to three per year, and to provide support for retailers facing financial difficulty.

Pikom to look into it

In a response to Digital News Asia (DNA), Pikom said it empathizes with the issues faced by the ICT retail industry.

“We are engaging our members through the PC Industry Committee within Pikom to address these issues,” the national ICT association said in a statement.

Chin said these issues have been raised with Pikom previously. “They agreed to look into the matter. However, Pikom is a big national ICT association and does not only look at the IT retail industry. Hence, they need more time to address and respond to the issues we raised.”

His company 1 Utopia is a Pikom member through its subsidiary PDA Expert Sdn Bhd, but Chin said the proposed new association would be more retail-oriented in focus and more effective in addressing the specific needs of retailers.

“This association will form a ‘unified voice of IT retailers’ and position them with better bargaining power to speak to vendors, with an aim to protect not only the retailers, but also vendors and consumers.” he told DNA.

“The current environment is a ‘lose-lose’ situation for all three parties – retailers, vendors and consumers. There will be fewer retail shops  to sell vendors’ products since most can’t sustain the business for long. As for consumers, they will not get to enjoy value-added service, choice, genuine products and after-sales service,” he added.

Rather than bemoan their fortune, the head of marketing at a leading vendor felt that the root of the problem faced by the IT retailers is their own inability to adapt to changing market dynamics. “They should offer bundled deals with printers and other products, and offer better service -- which is something consumers are looking for.”

The head of a multinational suggests that perhaps the mindset of the IT retailers is still fixed on the old paradigm of pushing boxes. “Consumers want better service today and a more complete offering,” he told DNA, questioning if the retailers were up to the challenge.

However, during the Sept 27 forum discussion, the IT retailers said that they could not offer consumers better service because their margins per laptop sale were just too low. ”How can we offer better service when we sometimes make between RM25 to RM50 per laptop sold?” one retailer said.

Another retailer even told the forum participants that he advises his friends not to buy a computer from him. “If you want to remain my friend, please go buy your computer elsewhere, I tell them, because I am afraid they will get upset when I can only offer them a RM20 discount from the RM100 margin I make.”

Chin in the limelight

Ingens was also in the limelight recently when Chin bought a 29.15% stake. Subsequently, Ninetology made a 55 sen-a-share offer to buy a 39.44% stake in Ingens from four shareholders, including Chin. The 55 sen-a-share offer valued Ingens at about RM300mil, way above its market value of RM50 million.

Chin created a stir when he decided to keep his 29.15% stake, stopping Ninetology's offer in its tracks, the business section of English daily The Star reported.

Earlier this year, Bursa Malaysia queried Ingens after its share price swelled from four sen on March 19 to 14 sen on March 21. Its shares were among the most actively traded, with a trading volume of 235.4 million shares.

Ingens, in a reply to Bursa, said it was not aware of any corporate development that could have resulted in the unusual market activity except for its March 2 announcement of a proposed private placement, employee share option scheme, increase in authorized share capital and amendments to its memorandum and articles of association. 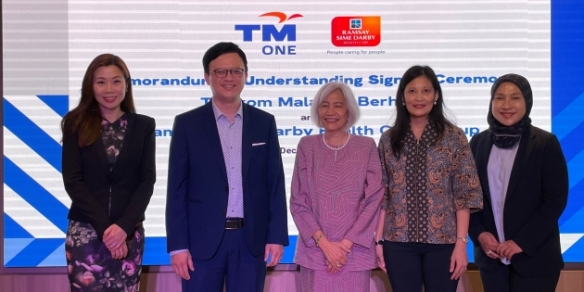