WITH e-commerce increasingly becoming the go-to method of shopping, iPrice Group undertakes market research in the area to keep track of the progress and development in the sector across Southeast Asia’s biggest digital markets namely Indonesia, Malaysia, Philippines, Singapore, Thailand and Vietnam.

Based on its research, the company reports: “We do not believe that the e-commerce landscape is dominated by one absolute company today, as our findings show a clear trend that there is still much room for growth.”

Most visited e-commerce platform in Southeast Asia for 2Q19 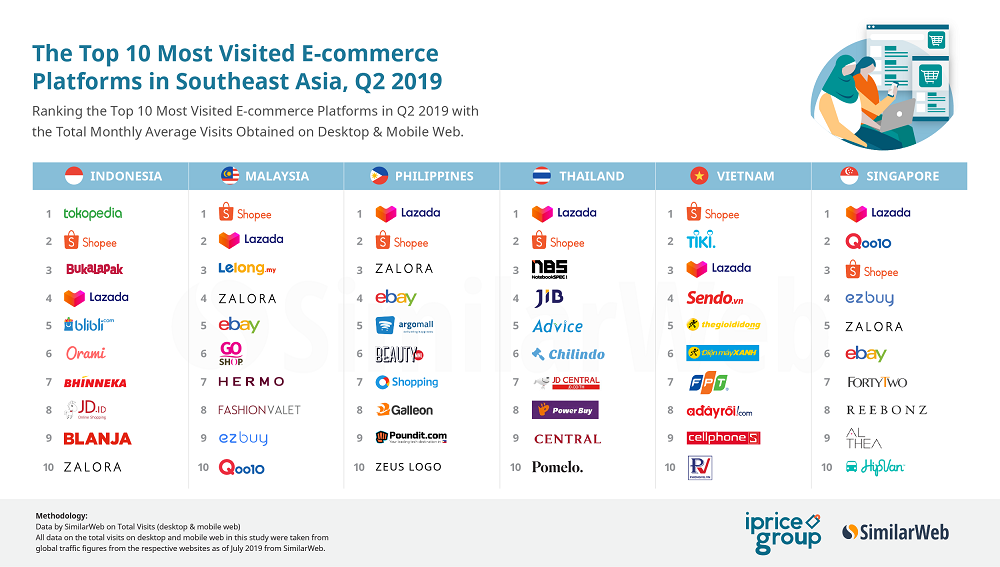 Up till 4Q18, iPrice Group’s Map of e-commerce report showed Lazada holding top rank with 183 million visitors combined regionally across six countries, against Shopee’s 148 million. In 2019, for the first time ever, Shopee overtook Lazada to emerge on top.

Latest 2Q19 data indicate regional combined figures on desktop and mobile web visits for Shopee and Lazada respectively at 200 million and 174 million respectively, marking a 35% growth for the former.

“Shopee started making strong improvements in web traffic across SEA in 3Q18. Within one year, the SEA-backed e-commerce platform doubled its total visits. This growth also coincides with them successfully raising US$575 million in June 2018,” the report said. As for the mobile apps, while Shopee obtained the most monthly active users (MAU) and most downloaded app in the region, Lazada’s mobile app ranks first in active users in Philippines, Thailand, Malaysia and Singapore.

The report attributes Lazada’s strong position to its Birthday Sale Party in April 2019 and Ramadan & Raya Sales for Muslim-majority countries like Indonesia and Malaysia.

Meanwhile, strategies employed by Shopee to increase user interaction on its app include “events directly on its app to entertain & encourage users buy and sell on its platform”. This ranged from music and sport entertainment shows to programmes featuring pop culture figures.

Most visited e-commerce platform in Malaysia for 2Q19

Until the recent quarter, Lazada held the top position in terms of the most monthly web visits. Similar to its regional trend, 2Q19 data shows that Shopee (21.2 million visits) outdid Lazada (20.7 million visits) on its desktop and mobile web platform.

As for Malaysian-based platforms, the most visited are Lelong with 3.1 million visitors, GoShop with 749,000 visitors and Hermo with 538,300 visitors.

Prominent players in Indonesia and Vietnam

Despite the incredible rise in mobile app shopping, 46% of online purchases happen in websites and not in apps across Asia Pacific, it reported, citing Global Commerce Review 2018 by Criteo.

“On its website platforms, Shopee & Lazada are being challenged by strong home-grown players: Tokopedia & Bukalapak in Indonesia, Tiki & Sendo in Vietnam, & Qoo10 in Singapore.”

In line with the latest Google Temasek report projecting a growth rate of 41% until 2025 for the Indonesian e-commerce market, Indonesian e-commerce companies Tokopedia and Bukalapak mobile apps ranked 3rd & 4th respectively with the highest MAU and highest number of total downloads in Southeast Asia for 2Q19.

“Their success in acquiring a high number of potential new users were probably due to their mobile-first approach & social media campaigns targeting rural areas. According to Tran Hai Linh, CEO of Sendo, almost 70% of Sendo's orders derived from non-urban areas,” it said. 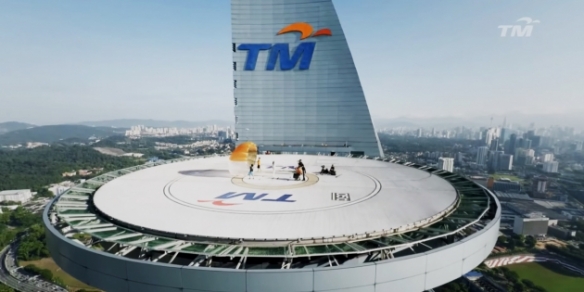