IN THE last quarter of 2018 (4Q18), we saw fierce competition in the e-commerce arena. E-commerce businesses of all sizes undertook various initiatives to promote online sales periods such as the Singles’ Day Sale, 12.12 Sales, Black Friday, and various year-end sales.

This makes the final quarter the most active period for e-commerce and solidifies this period as the most important quarter of the year for most online businesses in Southeast Asia and Malaysia.

To find out who were the most successful e-commerce platforms in this period, iPrice analysed online traffic, mobile app rankings, social media followers and number of employees for the months of October, November and December 2018. Here are the most interesting findings from the study.

The most visited e-commerce platform in Southeast Asia for 4Q18

Compared with Lazada and Shopee, the total average online traffic was garnered from multiple countries in Southeast Asia, while Tokopedia is only available in Indonesia.

The most visited e-commerce platform in Malaysia for 4Q18

The most visited Malaysian-based platforms are Lelong with 4.5 million visitors, followed by GoShop at 777,168 visitors and Hermo at 625,419 visitors. Lazada vs. Shopee on a regional view

From a Southeast Asian perspective, Lazada had the highest web traffic in four of the six countries where it operates. Shopee, on the other hand leads in terms of online visits in Indonesia and Vietnam.

These two countries are among the most important e-commerce markets in the region, maintaining Shopee as a formidable opponent to Lazada.

In Indonesia, Tokopedia, Bukalapak, Shopee, and Lazada continue to grow their average traffic on desktop and mobile web. The number 1 player in terms of total visits is Tokopedia which saw a 9.3% increase in average visits in 4Q18 (168 million monthly web visits).

In 3rd and 4th place were Shopee and Lazada which increased their average visits by 74% and 60.1% respectively.

Although only available in a single market, e-commerce businesses such as Tokopedia and Bukalapak remain extremely impressive in the region as they are among the most visited e-commerce platforms in Southeast Asia.

Strongest e-commerce merchants in countries other than Indonesia & Vietnam (other than Lazada & Shopee):

There are other e-commerce players that continue to attract attention at the regional level besides Lazada, Tokopedia, Shopee, and Bukalapak.

Leading in the mobile app arena is Shopee ranking number one (in the shopping category) on average in Indonesia, Vietnam, Malaysia, and the Philippines on AppStore iOS and Google PlayStore.

Competition between shopping app Lazada and Shopee remains tight in Singapore and Thailand.

[Edited to correct e-commerce sites, which had been erroneously cited]

The possibility of a new e-commerce leader mid-2019

We may see a new e-commerce leader in Southeast Asia by August 2019. Leading the charge to the top step would most likely be Tokopedia. The Indonesian e-commerce company was hugely particularly impressive as it was able to challenge for the top spot though it was only available in a single country.

2019 will be ‘crunch time’ for the online marketplace which has extensive plans to broaden its scale and reach by investing in technology and infrastructure in Indonesia.

As such, Tokopedia is well positioned to fast-track its development to take hold of the title as the most visited e-commerce platform in the region.

Its gains during the Singles’ Day sale boosted its position from 3rd to 2nd to become Lazada’s closest competitor end-2018. Shopee is expected to receive an additional boost through its sale campaigns in March and April that will run across all countries where they operate.

All data on the total visits on desktop and mobile web in this study were taken from global traffic figures from the respective regional sites. Insights based on SimilarWeb data.

Currently, iPrice compares and catalogs more than 500 million products and receives more than 15 million monthly visits across the region. 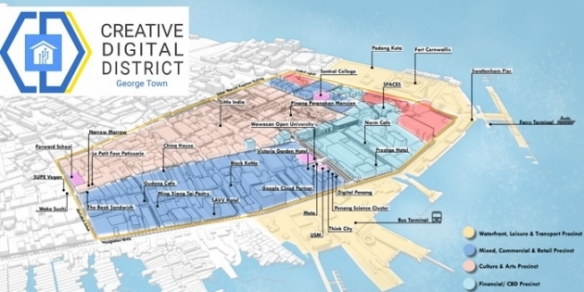