MANY countries are looking at broadband as an economic imperative, and Indonesia is no different, having launched its five-year national Indonesia Broadband Plan (IBP) in 2014.

The IBP targets to connect 71% of urban households with fixed broadband, and 100% of the urban population with mobile broadband by 2019.

To hit that target, Indonesia rolled out the Palapa Ring Project, a public-private partnership programme that will build a fibre-optic broadband backbone.

“Our target is to have reliable Internet access throughout the country, or at least the 50 major cities, by 2019,” Minister of Information and Communications Rudiantara told the annual Broadband TV Connect Asia Conference (BBTV Asia) in Jakarta on April 12.

However, the national broadband plan should not only be about Internet access, according to Ilham Habibie, head of the national ICT committee (Wantiknas).

“The broadband plan will definitely push the digital economy agenda Indonesia is trying to achieve, but we are all aware that we need to fix the old problems of weak infrastructure, a frustrating regulatory framework, and poor planning,” he had told Digital News Asia (DNA) at the Mavcap Kadin event in February.

Rudiantara made it clear to the audience at BBTV Asia that his government is doing the best it can to ensure the regulatory framework is as supportive as possible.

“We will ease the licensing process – we want operators to come and partner us to build fibre-optic networks,” he said.

This was well received by not only the audience at the conference, but also by international industry players, who argued that government support is crucial to any broadband plan.

“Singapore initiated a national broadband plan in 2009, and by 2013 it had already achieved nationwide coverage,” declared Alex Tan, director of next-generation infrastructure at the Infocomm Development Authority of Singapore (IDA).

“As of today, 75% of all households in Singapore subscribe to a fibre network,” he said during a panel discussion at BBTV Asia.

According to Tan, even in a small country with a small population like Singapore, the government needs to play big role by giving incentives to push the national broadband agenda.

Tan declined to advise Indonesia on its own broadband journey, but highlighted the fact that the Singapore Government took on a bigger role than just planning.

“The Singapore Government realised that if we didn’t catalyse the market, nobody was going to move, and ultimately consumers would suffer,” he said.

“This is why the Government launched a grant scheme to motivate operators to come out and provide passive infrastructure.

“The grant itself required the winning operators to achieve a specific number of subscriptions,” he shared. The role of government is not only to give incentives, but to also deregulate and provide relevant policies, especially in terms of licensing, to enable greater competition.

“The Singapore Government found that in order to have good pricing that is beneficial to consumers, we needed competition,” said Tan (pic above).

“In an ecosystem that started with only one incumbent, and probably only two alternative providers, we now have a total of 30 retail service providers and 12 operating companies.

“If you have lots of households, then you need lots of capacity and lots of choices for customers,” he added.

“The best model for Indonesia in my opinion is a model which allows competition, a model where the policies are set to encourage competition,” he said during the same panel discussion.

McLaren said that the Indonesian Government should map out the national broadband plan by geographical area, and set the rules for clear competition in each area.

“The country then should put in a strategy of how to support healthy competition in urban areas, and how to bring competition to suburban areas,” he added.

However, enabling competition is hard when there is no infrastructure available in one area, and therein lies the bigger role of government.

“This is why mapping is important,” said McLaren. 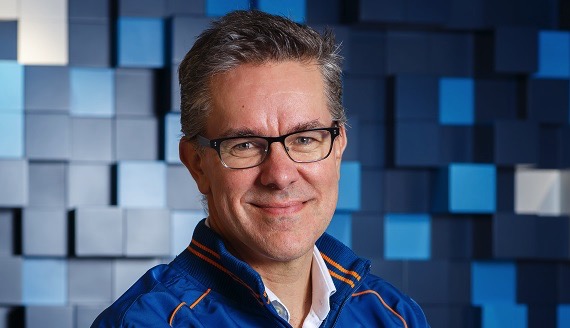 Besides the technical and physical infrastructure issues above, there is also management, suggested McLaren (pic above).

“It’s not necessarily about which model you choose, whether it’s a government initiative like in Singapore, or market-driven like in Hong Kong – it is about how the country executes the programme,” he argued.

“Australia had a national broadband plan, but unfortunately it was more of a political agenda than a national agenda,” he claimed.

“I did not feel like a CTO because the minister and shadow ministers were fighting over which technology to use, which one to pick, etc.

“In the end, it did not have an outcome because the ministers did not know what to do. This is a recipe for stagnation and political dispute rather than a solid outcome,” he added.

According to McLaren, the Singapore recipe where the Government did not worry about the technology but just about putting the model in and making the relevant investments, has indeed worked well for the city-state.

“There should be no hidden agenda in the national broadband plan that any country has, because it will need long-term commitment and many years of hard work to make it work,” he added.