THE call for entries is now open for the 3rd IMGA SEA competition, the globally recognised awards event celebrating the best mobile games made in the region.

Mobile and VR game developers, studios and publishers based in Southeast Asia are invited to submit their games. The deadline for entries on sea.imgawards.com is July 30, 2018.

“The 1st IMGA SEA was held in Kuala Lumpur and the 2nd IMGA SEA in Singapore. After these two successful years I am proud to announce Manila as the new city for the 3rd IMGA SEA. We have entered into a partnership with our friends at GDAP, ESGS and Alto.io. 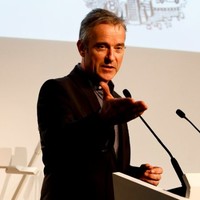 "We're happy to bring the IMGA to the Philippines this year. We've watched IMGA Southeast Asia bring together the best of Southeast Asia's game developers in the past few years, and we're thrilled to do it in Manila during the Philippine Game Festival and ESGS this October," added Gaby Dizon, chairman and co-founder at Alto.io.

Submitted games will be played by an online jury that will decide which nominees move on to become finalists.

A jury made up of gaming experts in Southeast Asia will then select winners. Awarded games will automatically have a chance to win another prize during the 14th IMGA Global edition in San Francisco.

To be considered for nomination, submitted games must have been released after May 2017, or have not yet been published.

Created in 2004, the IMGA is the longest standing mobile games award programme. With its long history and unique judging process, it has recognised some of the world’s most popular titles in their early days, such as Angry Birds, Badland and Monument Valley.

Further information and rules of the IMGA SEA competition can be found on IMGA website: http://sea.imgawards.com/