Heriot-Watt U to kick off next Jan, offers renowned Edinburgh MBA HERIOT-Watt University UK will be opening the doors to its Putrajaya campus in January next year, first at a temporary facility at the headquarters of Putrajaya Holdings Sdn Bhd before moving to a new state-of-the-art campus in 2014.

Heriot-Watt University specializes in subjects across science, technology, engineering, business and design, and will also be offering its world-renowned MBA programme developed by its Edinburgh Business School to students in Malaysia.

The MBA has been available to students in Malaysia since 1992, through study in the UK, independent study, or at academic partner institutions. There are more than 1,200 graduates from this MBA in Malaysia, university officials told local media in Kuala Lumpur earlier this week.

“We only signed the first piece of paper in November last year, and everything has moved at a tremendous pace,” said Professor Robert Craik, chief executive officer and Provost of Heriot-Watt University Malaysia. “We’ve been working with the Government of Malaysia, and Putrajaya Holdings has been very cooperative.”

Heriot-Watt won the global tender to establish the multimillion-pound campus at Putrajaya and is investing £35 million (RM173 million) to develop the campus, where 4,000 undergraduate, postgraduate and research students will study a range of degree programs. “We will be offering the full range of programs in engineering, technology, business, finance and design; and students at all our campuses can transfer freely between these campuses,” Craik (pic) said, adding that the university took great pride in the fact that 94% of its graduates get employed within six months of graduating.

Heriot-Watt University, established in 1821, is ranked in the top 5% of universities worldwide. It has campuses in Edinburgh, the Scottish Borders, Orkney and Dubai.

In September 2012, it was named Scottish University of the Year for the second year running by the Sunday Times University Guide 2013, and was also named No 1 university in Scotland in the National Student Survey.

Edinburgh Business School is the Graduate School of Business of Heriot-Watt University. It is best known for its MBA program, which was launched in 1989 and became the largest MBA program in the world within five years.

“The MBA program came out of innovative work that basically looked at how people learn, what makes them learn well, and also how you can get basic management skills to be delivered to business executives – without the need to take extended leave for study,” said Alick Kitchin, the business director of Edinburgh Business School.

“At that time it came out, it was absolutely revolutionary,” he said. “Which is why, within a few years, we had a global student population of between 4,000 and 5,000, making us one of the largest MBA providers in the world by the mid-1990s.”

He said students could choose to study at physical campuses, or at partner campuses, or even online, where a great number of technological tools are used. 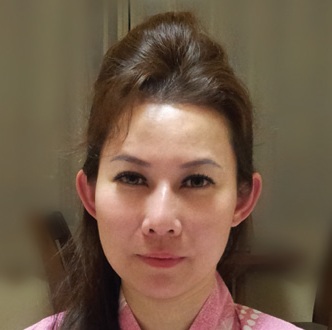 “At that time HP was encouraging its managers to move to higher levels through education,” she said. “But I was wondering how I could this -- I didn’t want to give up my job or spend time away from my family, but HP also encouraged us to align our program with Heriot-Watt University and the Edinburgh Business School.

“It took me only nine months to complete it, because there was a lot of interaction; through online forums through which you could get help from your fellow students and even your professor,” she added, saying that she had started as an accountant but was now sales manager.

“One subject that really resonated with me was Negotiation, which gave me a lot more confidence in my work and career, and which led to me changing roles,” Yu said. “I’ve become more patient with my customers, in getting to understand their needs and serve them better.”

All pictures courtesy of Heriot-Watt University