Asia-Pacific (APAC) has gone from follower to leader. Home to 60% of the global population, the region is world’s fastest growing internet market, consisting of countries with economies and cultural make that you can’t ignore – India and China, with their over two-billion combined population; and Indonesia, the world’s largest Muslim nation.

Standing as a shining example is Southeast Asia, where the cumulative internet economy of Indonesia, Malaysia, Vietnam, Malaysia, Philippines, Thailand and Singapore is currently pegged at US$100 billion.

Which is why businesses can’t ignore the insights into these consumers in the region, which now form half of the entire internet population. Aiming to afford businesses some visibility, Google has recently released a report, titled “A Peek into Your Consumers’ Future 2020”, to help understand the primary trends shaping consumers today.

Written by Google APAC director of consumer and market insights Stuart Pike and Asian Consumer Intelligence founder Nicole Fall, the report presented three consumer shifts that shed light on consumer opportunities that are likely to impact and influence the way marketers work within the region.

“With me:” Consumers do more than just watch

In the report, Google notes that people around the world are enamoured by “with me” videos, essentially content featuring “normal people doing normal things” such as cooking and cleaning.

APAC viewers are no exception – in the first half of 2019 alone, YouTube viewers in South Korea watched more than 500 years’ worth of “with me” videos across various categories that range from “draw with me” to “eat with me”.

Watch time for “with me” content also grew in Indonesia and Pakistan by 180% and 150% year-over-year respectively. In Malaysia, watch time for mukbang – an activity where creators live stream themselves eating large amounts of food while interacting with online audiences – grew by 150% in the last year.

They do it for a sense of community. According to the report, 51% of all online APAC consumers treat videos and live stream as a “way of connecting with friends”. 53% feel that they are a part of a bigger community when they watch a live stream.

The pioneering category however is inarguably gaming. Over 50 billion minutes of gaming content were watched on YouTube from June 2017 to June 2018 globally, and it’s still growing strong especially in the APAC region. For instance, watch time on YouTube for online multiplayer battle royale game PlayerUnknown’s Battleground tripled in Malaysia over 2019.

What all of this indicates is that the formerly-passive one-way relationship where creators and audiences engage in a non-participatory format is rapidly diminishing. This is replaced with “with me” content that, as the report puts it, “echoes the real time live concert with the potential for audience interaction versus watching a movie which plays out a predetermined narrative irrespective of what the viewer does.”

With viewers looking beyond trendsetting categories, Google suggests that brands look to leverage the “with me” trend by developing effective product placement strategies as part of their overall marketing plan, as well as generate revenue through effective subscription models. In the report, Google notes that 50% of all online APAC consumers agree that the practice of inclusivity is important to them. In fact, worldwide searches in English for “diversity meaning” have grown four times; “equality meaning” by three times; and “inclusion meaning” by two times in the past five years.

The top cities driving these in APAC include Manila, Brisbane, Perth, Auckland, Kolkata, Delhi, Karachi, Gurgaon, Kuala Lumpur and Melbourne. In Hong Kong, watch time for LGBT content grew by over 70% in the first half of 2019.

This, as the report states, means that prioritising diversity is not only the right thing to do, but also the key to connecting with a wider audience.

APAC consumers are also seeking out brands that align with their cultures, identities and personal preferences. The report lists Indonesia’s halal-certified cosmetics brand Wardah Cosmetics as an example, considering that Muslim beauty product users are expected to spend US$90 billion on cosmetics by 2023.

With this in mind, Google lists “All to Gather” as a rising consumer trend. The term, a play on the words “All Together”, refers to the practice of using inclusive design to help consumers across sectors and countries gain access to products and services.

As written in the report: “Inclusive design is an ethos that states that products and services should be as accessible as possible to people of all genders, ages, linguistic groups, sexuality, and physical ability.”

The report points out that nobody wants to be in a position where they feel excluded when accessing a product or service – something that does happen when brands look at consumers as a monolithic mass rather than a diverse group of people.

“It is, therefore, essential for brands to understand and address the needs of various groups and also recognise the diversity within them. Along with inclusive design, it is imperative for them to use the tools of marketing and communication to raise awareness about the benefits of diversity,” the report writes.

“Shared commerce” is now a rising trend in APAC. Beyond shared economy models popularised by the likes of Uber and AirBnb, APAC users are making more financially sensible investments and participating in a circular economy – an aspect that is more important now to people rather than the notion of being the “original owner”.

Google’s report found more than half of all online millennials and Gen Zs in APAC believe that pre-owned products have better value than new items. More than half of the region’s online consumers claim renting helps them save money that they would have otherwise wasted on a new product.

Aiding this are digital marketplaces that are making it easier to rebuy and resell almost anything, even products that are trickier to resell such as used makeup. On top of that, brands like Alibaba are entering the peer-to-peer rental space to keep up with growing preference towards rational consumption.

Rational consumption refers to the consumer practice of purchasing or borrowing products and services that are considered necessary rather than superfluous. On top of that, consumers are also looking towards consuming responsibly and sustainably – in Australia, Singapore and India, Google searches for “zero waste” grew three times, four times and five times respectively in the past five years.

This trend is seeing the rise of new business models. A prominent example would be YCloset in China, which offers women access to an unlimited and ever-changing selection of clothes for rental at a flat fee of US$70 per month, or US$685 per annum. It now has over 20 million subscribers.

Indonesia, on the other hand, began a fascinating shared commerce phenomenon known as “Share in Jar”, which involves repackaging a product from its normal packaging to smaller containers that are sold to multiple buyers via online marketplaces, social media, and C2C platforms. Google searches for the subject in Indonesia have increased by over three times since 2018.

The trend is set to continue. Google found that more than 7 in 10 people in China and India agree that “sharing economy is the future”. Digital platforms have removed the pain points of re-commerce like repackaging, authenticating, marketing, and reselling. Consumers are experiencing considerable savings and even revenue generation.

“As established players in the rental, resale, and refurbishment businesses continue to embrace the idea of alternative ownership, brands will have to find effective ways to leverage this trend. Doing so would require new collaboration models with retailers or startups in the sector, along with business model considerations and a clear choice between partnerships, in-house development, or M&As,” the report notes.

KPMG: e-commerce platforms identified as most disruptive over next three years 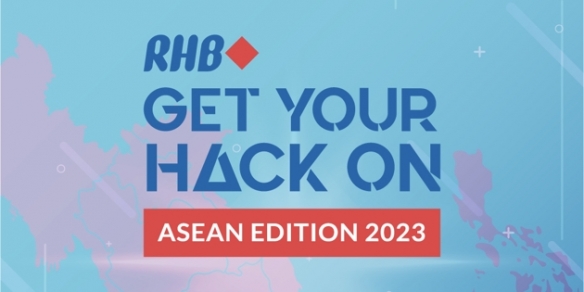