DESPITE some advances in women’s representation and progression in the workplace, there is still significant work needed to bridge the gender gap in the telecommunications industry, according to a study by the GSM Association (GSMA).

The GSMA has released a new report, Accelerating the Digital Economy: Gender Diversity in the Telecommunications Sector, which offers a snapshot of the gender balance within companies across the industry.

Developed by A.T. Kearney, the study aims to provide a baseline for workforce evolution, share best practices and support the industry in shaping workplaces that take full advantage of gender diversity, the GSMA said in a statement.

“The rapidly evolving mobile industry is at the centre of the digital revolution and has a huge impact on social and economic advancement,” said GSMA Director General Anne Bouverot (pic).

“To maintain this pace of growth and innovation, we need to match the requirements of our workforce with the opportunities ahead.

“This report highlights the benefits of a balanced workforce, but also underscores that a gender gap still exists in our industry. Now is the time for the telecommunications sector to focus on attracting more women to avoid a shortfall in the future talent pipeline and help bridge the gender divide,” she added.

Key findings from the research show that: 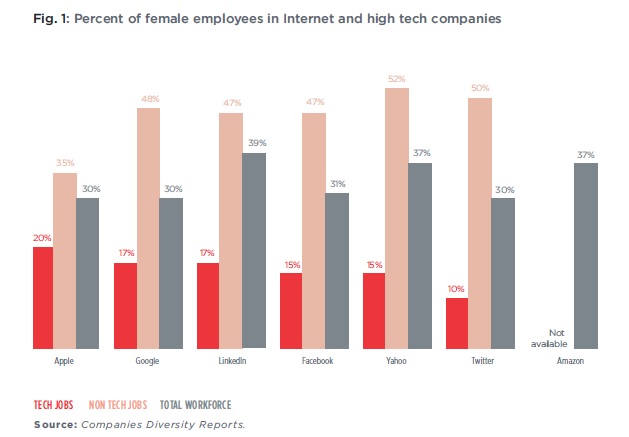 “The research highlights that every company in the telecommunications industry approaches gender diversity from a different starting point and has different country hurdles to overcome,” said A.T. Kearney principal Dr Maria Molina.

“The industry needs to be more systematic and relentless in sharing and adopting best practices with a full commitment to a diverse workforce while respecting local cultural norms and legal obligations,” she added.

The report finds that industry-wide collaboration and transparency, through mechanisms such as annual indexing and sharing of best practices, will also be critical to assessing the ongoing state of the sector and maintaining momentum, the GSMA said.

GSMA and A.T. Kearney conducted an international study of 54 companies during October and November 2014, focusing on the telecommunications sector and drawing insights from other best-practice industries. The research findings also reveal that the gender gap becomes more pronounced with seniority. Among those surveyed in all regions except North America, on average less than 20% of senior leadership positions are held by women.

In most regions excluding North America, the proportion of women at senior level is generally half of those at entry level.

For the African companies in the study, less than one in 10 of their senior leaders are women.

One potential explanation for the low female representation at senior levels is the education and skills gap around science, technology, engineering and maths (STEM).

A recent report on member countries of the Organisation for Economic Cooperation and Development (OECD) revealed that the share of women with science and engineering degrees was only 38% and 25% respectively, the GSMA said. Over the years, substantial research has shown that companies with a healthy, gender-diverse workforce are better able to innovate and outperform competition.

In addition to the financial benefits, other advantages of a diverse workforce include the impact on the business-to-consumer (B2C) and business-to-business (B2B) segments of the market.

While most companies target women as end users, few effectively leverage female talent to identify what these end users want and need. However, companies that employ women in the workplace can improve the likelihood of success for new products and services by 144%. In order to support the industry in its efforts to move towards a more equitable gender balance, the report highlights best practices across the ‘employee journey’, such as:

The report highlights a number of existing initiatives designed to address the gender gap in the ICT sector. For example, through the #InspireHerMind campaign and Girls Who Code camp, the Verizon Foundation is making progress in altering stereotypes and equipping schoolchildren with the inspiration and skills they need to pursue a career in STEM.

Intel also recently announced that it plans to invest US$300 million to help build a talent pipeline with a goal to achieve full representation of women and under-represented minorities by 2020.

However, whilst the initiatives and implementation of good practices are crucial, the report finds that a holistic strategy focused on transforming company culture and mindset is essential to workplace evolution.

The GSMA’s Connected Women programme supports cultivating wider change and promotes the greater inclusion of women across the mobile industry, as consumers, employees and leaders.

“Corporate culture plays an important role in any existing gender imbalance. However, governments and policymakers, alongside industry stakeholders, should also play their part in creating sustainable gender diversity in vibrant sectors such as telecommunications,” said Bouverot.

“Ultimately we need to work together to mobilise more women to recognise the myriad opportunities for their talents in the mobile and ICT industry,” she added.